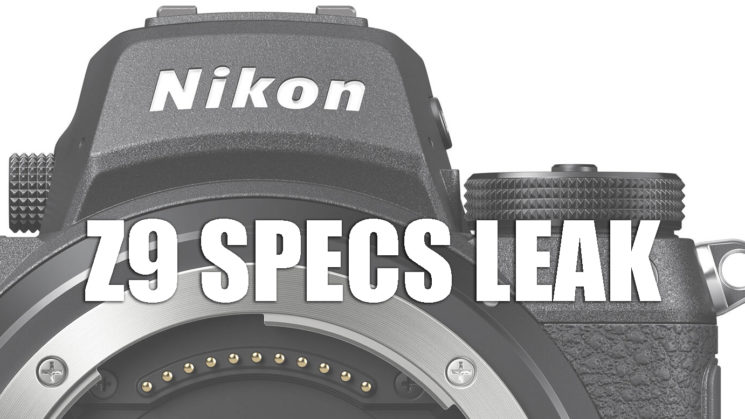 The Nikon Z9 prototype was recently spotted at the Tokyo Olympics, and some specs have already leaked. But now there’s more information about the upcoming flagship mirrorless camera from Nikon. New specs have leaked, showing us what we can expect from the Z9 when it’s announced. And judging from them, we’re about to get a mirrorless successor to the D850 and D6.

Nikon Rumors heard some more details about the Z9, and here’s what they report:

As I mentioned, some of the rumors already leaked before, and here they are so you can have everything in one place:

The rumored price of the Z9 is between $6,000 and $7,000. The official announcement is expected near the end of the year, in November or December. However, due to the global chip shortage, rumor has it that the waiting time for the Z9 to start shipping will be pretty long. But it’s not like we’re not used to it by now.

Specs leak for Nikon Z9 flagship to be announced in 2021

« Watch: Wedding photographer falls into a pool while shooting the ceremony
This window adapter turns your room into an upright camera obscura »