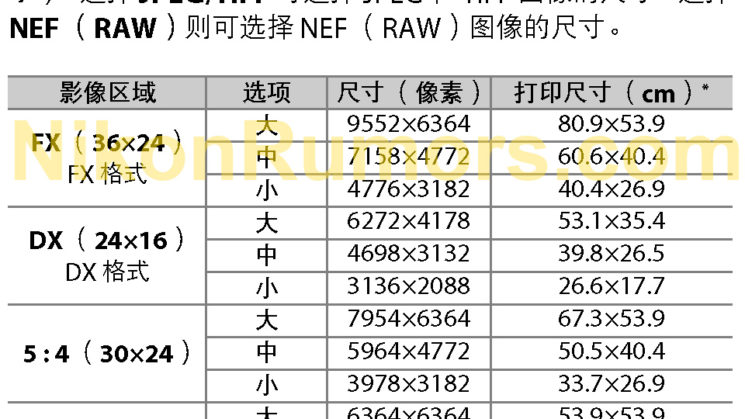 It looks like the rumours of Nikon bringing out a 60-megapixel mirrorless camera might be coming true. With the popularity of the D850, it’s not surprising that Nikon would be looking to beef up their mirrorless lineup with a high-resolution camera. And after the announcement of the Sony A7R IV, and Nikon’s tendency toward Sony sensors, 60-megapixels was not out of the realm of possibility.

According to screenshots obtained by Nikon Rumors, though, it looks like it’s actually coming. The images show an “FX” system with a resolution of 9552 x 6364 pixels (60.07-megapixels). They also show the possibility of 16-bit NEF raw files, too.

It’s also said that Nikon is planning to introduce a new lossy compressed raw algorithm into a new camera to reduce the size of files in future high-resolution cameras. With the average lossless compressed file from the D850’s 45.7-megapixel resolution coming in at around 40-50MB, it’s not surprising that they’d be refining their lossy compression to try to maximise retained data while minimising filesize.

Of course, memory cards are getting bigger and faster every day, and just about everybody is ready to release their CFexpress cards, just as soon as Nikon releases firmware to update their existing XQD bodies to be able to read them.

As always, rumours aren’t solid. But screenshots like these typically suggest that the manufacturer intent is there. As to exactly when Nikon may make an official announcement, though, is anybody’s guess.