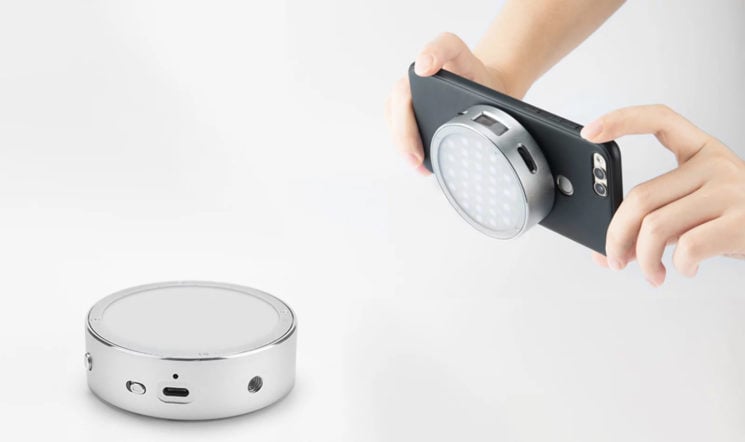 I missed this while I was away at IBC 2019, and they didn’t have any on the Godox stand, but Godox has announced a couple of new lights aimed at smartphone photographers that look a whole lot like the Profoto C1 & C1+ announced recently. Profoto can’t really accuse Godox of copying this time, though, as the Godox lights were actually announced first.

The news of the Godox R1 and RF1 was overshadowed by the launch of the FV150, VL150 and VL300, but now I’m starting to read up about the R1/RF1, they look pretty cool. They’re designed for use with smartphones, and one is a continuous light only, while the other offers continuous and flash capabilities. 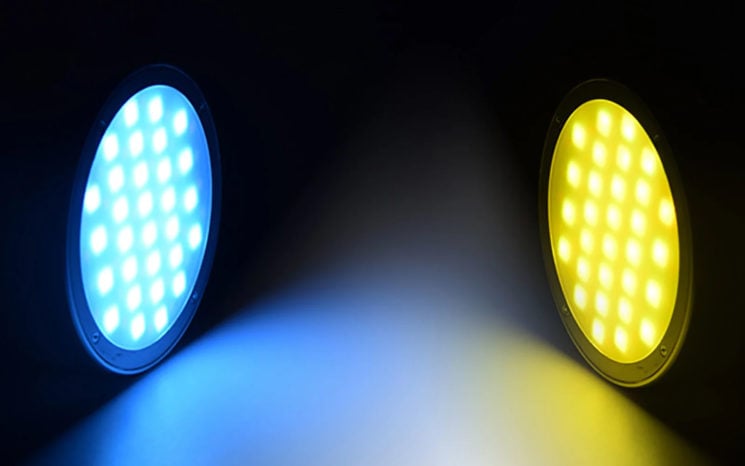 So, first up, let’s talk about the Godox R1. This differs from the Profoto offerings in that it is a continuous only RGB LED light which also offers a bicolour temperature range of 2500K to 8500K. It has a TLCI of 95+ and also has a full complement of RGB colour options. There are 14 different patterns available in “RGB scene mode”, to offer different effects, like lightning, computer screen, candlelight, police car, etc.

It features a built-in lithium-ion battery and charges via a Type-C USB socket. Once charged, the battery offers up to an hour’s use at full power. Power is adjustable from full all the way down to 1%, so you can get much more life out of it if you don’t need full power output.

The R1 has a magnetic attachment on the front allowing you to use the same AK-R1 round head accessories used with the Godox V1 speedlight and the Godox H200R round head for the AD200 and AD200 Pro strobes. There’s also a built-in magnet on the underside of the unit, too, allowing you to stick it to the back of your phone as an on-camera light, or attach it to any metal surface. 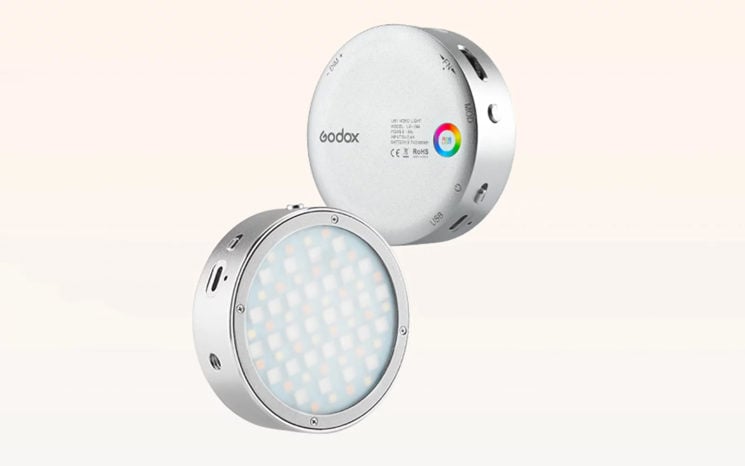 The Godox RF1 is also a continuous LED light. But it also offers LED flash, too. There’s no word on whether or not it features RGBWW lights, though, or uses bicolour or single colour temperature LEDs for both continuous and flash use. It does, however, have what appears to be a stronger layer of diffusion over the LEDs to help even out the spread a bit.

It’s compatible with the existing 2.4Ghz Godox X system, meaning it will work with the X1T, X2T, XPro or other triggers (or flashes acting as a commander) that you might already own. It’s also compatible with the Godox A1, Godox’s Bluetooth flash trigger and can be controlled via the app.

As with pretty much all of the Godox X system range, the RF1 is compatible with Nikon, Canon, Sony, Fuji, Panasonic/Olympus and Pentax cameras, and can be mixed and matched with Godox speedlights and strobes. Again, it’s also compatible with the accessories found in the Godox AK-R1 round head accessories pack. 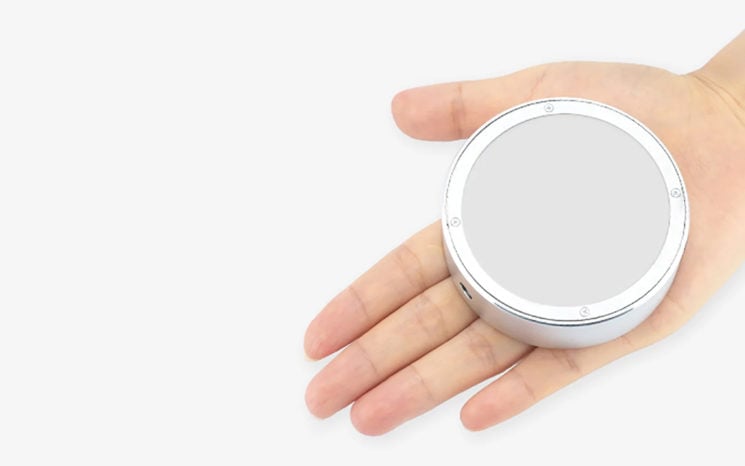 There has been no word on prices for either of the units yet, nor when they’ll be appearing for sale, but we’ll keep you posted as we find out more. For now, if you want more info, check out the Godox website.

Why I switched from Profoto to Godox