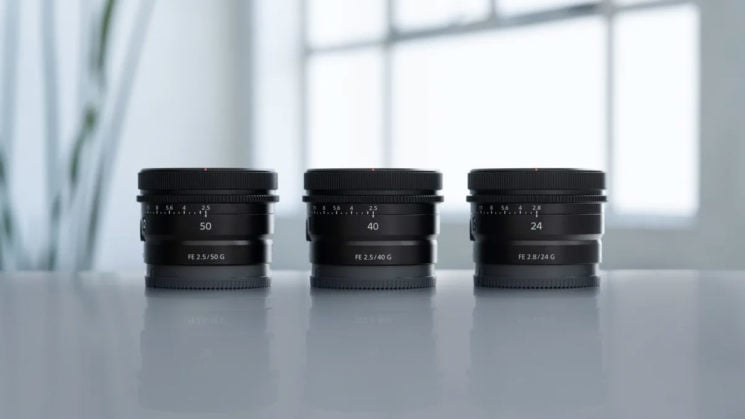 Sony has now officially announced its tiny trio of compact full-frame E mount primes. The set is comprised of FE 24mm f/2.8, 40mm f/2.5 and 50mm f/2.5 G lenses, although they’re probably not quite as inexpensive as you might have been expecting.

The lenses are priced at $599 each for all three 24mm, 40mm and 50mm focal lengths – which, given their relatively slow apertures, doesn’t sound all that great, but their compact size is definitely very attractive.

The new lens trio is, I suppose, primarily intended for use with the compact Sony A7c. Of course, you can use these with Sony’s range of small APS-C mirrorless cameras, too, although they are full-frame lenses, so you can use them on the other full-frame bodies in Sony’s Alpha range, too – although it seems largely redundant.

Each of the new lenses features aspherical elements and the 24mm and 50mm lenses (but not the 40mm) include extra-low dispersion ED glass elements to help minimise aberrations and retain colour and contrast on your scene. Sony says they also have a dust and moisture resistant design for use in harsh outdoor shooting environments, making them potentially ideal for travel photographers and journalist who need to pack small and light and often work in unpredictable environments. 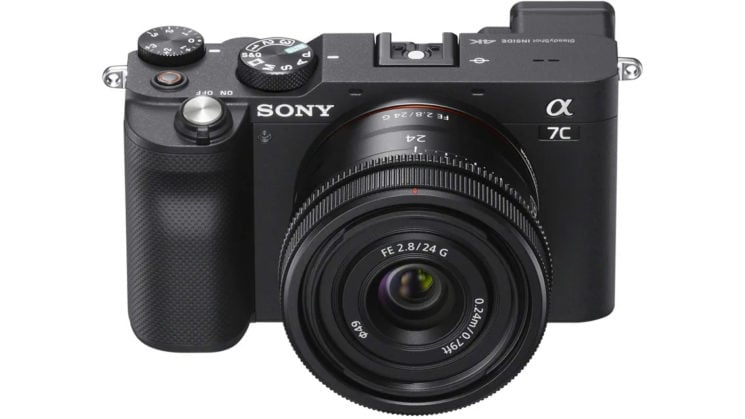 If f/1.8 and faster aperture primes aren’t essential, then these could potentially be a fantastic set to carry around with you that offers a lot of versatility for shooting wide and more “normal” focal lengths. But with all three lenses being the exact same size and only slightly different in weight, you’ll have to be very careful which lens you’re blindly grabbing out of your bag, or you may end up slipping the wrong one onto your camera.

That high price tag is really going to sting for many users, though, who are used to compact 50mm f/1.8 & even f/1.4 lenses with their Nikon and Canon DSLRs.

« The Sigma fp L price has leaked ahead of announcement – will cost $2,499
OnePlus 9 Pro officially announced with Hasselblad camera capable of 8K video and 4K 120fps »