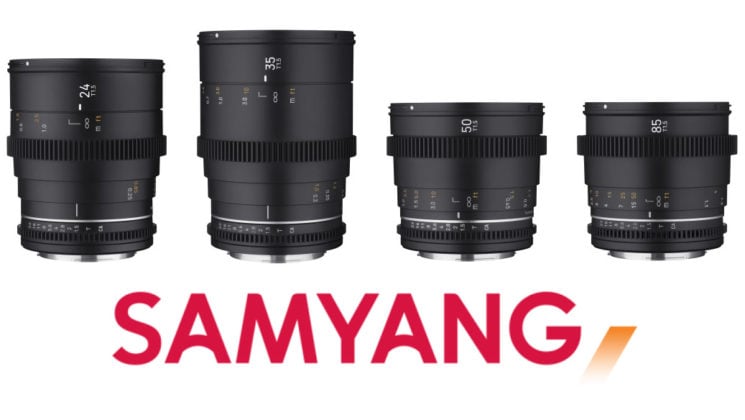 Samyang has announced an update to its compact cine lens range with the new VDSLR Mk2 series cine lenses. To start the new series, Samyang has focused on four of the most popular and most used focal lengths at 24mm, 35mm, 50mm and 85mm, and each of them has a fast maximum T1.5 aperture. A fifth 14mm T3.1 lens will be added in Q1 2021.

The VDSLR line from Samyang was first launched in 2014 and has proven to be quite popular for its balance of quality, price and performance. Samyang says they’ve learned a lot in that time and the Mk2 generation features “useful new features” and they’re available in seven different mounts (including Sony E and Canon RF).

The new lenses come with a new and consistent design. They’re lightweight but weather-sealed, with distance scales that can be read from both sides to help focus pullers, Rather than making this a huge post with a bunch of individual specs charts for each, here’s a comparison table for all four of them side-by-side. 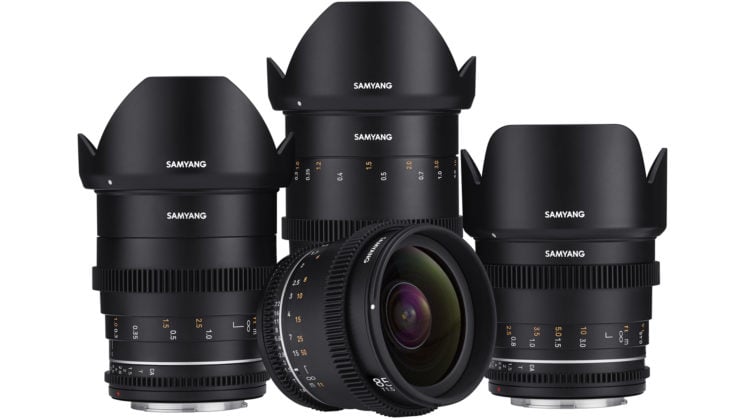 The “Mk2” models do appear to be different from the currently available “VDSLR II” modes – which could get somewhat confusing, although it would explain why a bunch of them seem to be on sale at B&H right now.

« Russell Kirsch, the pioneer of digital photography, has passed away
Instagram will ask “suspicious” accounts to upload their ID for verification »