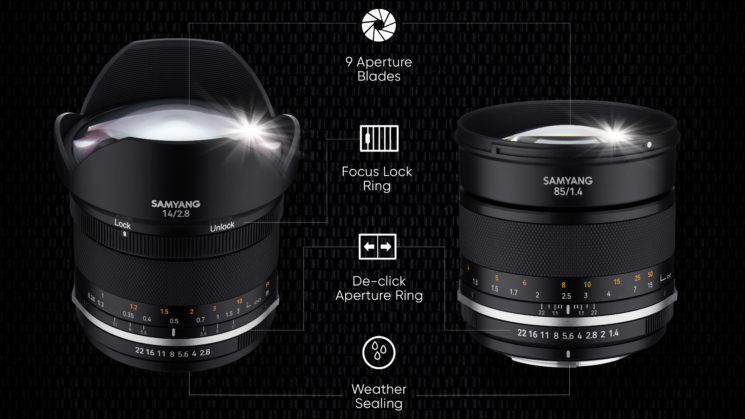 Samyang has announced updates to two of its most popular manual focus lenses for DSLRs with the new MF 14mm f/2.8 Mk2 and MF 85mm f/1.4 Mk2 lenses. Although they are designed primarily for DSLRs, coming in Nikon F and Canon EF mounts, they’re also available in some mirrorless mounts, too, including Sony E, Fuji X, Canon EF-M and Micro Four Thirds.

The new Mark II updates come with focus lock and a “de-clicked” aperture to ensure you hit your absolute sweet spot with fine analogue adjustments and once you’re there you can lock it off. They both have 9 aperture blades for better bokeh and they’re both weather-sealed to help prevent dust and moisture from entering the lens. 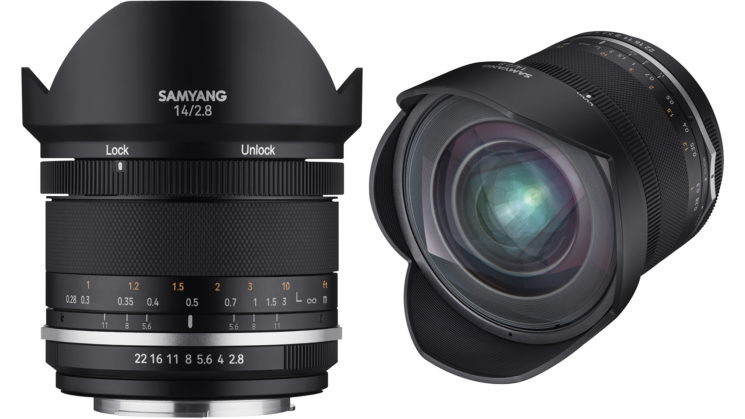 Both of the new lenses are expected to hit the shelves at some point in early June. Their UK prices will be between £359 and £439 depending on which lens you go for and which camera mount you want on the back end of it I haven’t seen US prices yet, although I expect they’ll be available to pre-order at B&H soon.