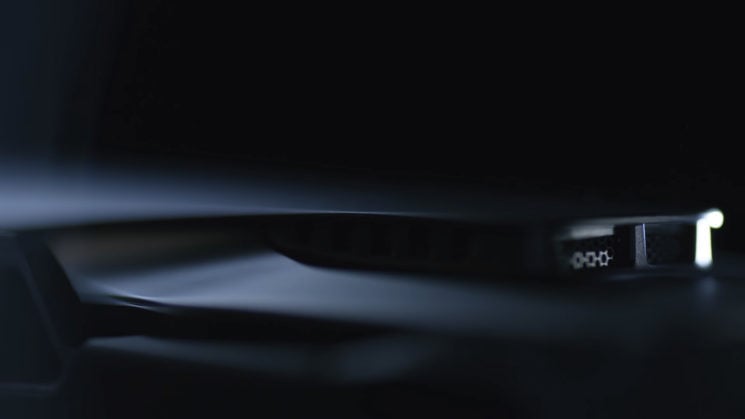 With the tagline “Adventure Unfolds“, DJI’s new video is teasing something coming on January 23rd. Or at least, it’s being announced on January 23rd. But what could it be? There’s been some speculation that it might be a fixed-wing craft, but the leading theory is that it will be a new Mavic. More specifically, the DJI Mavic Air, a smaller version of the DJI Mavic Pro.

Although DJI did make a couple of announcements at CES 2018 recently for the DJI Osmo Mobile 2 and Ronin-S, they mentioned nothing of a new drone. Well, except for that little toy Tello. It makes sense that there’d be no big drone announcement, though. DJI typically like to make a big splash, giving new drones their own event. And a new Mavic would definitely be worthy of such an event.

There isn’t a whole lot of information in the video aside from a couple of close up photos and the name. The first photo is the one at the top of this page, and the second is the one DJI have chosen as the video thumbnail above. But that “Unfolds” bit of the name does suggest a Mavic style folding drone.

The DJI Mavic Pro was originally released in October 2016. People were unsure what to make of it at first, but the demand was very high. So high that some people had to wait three or four months for it to show up after ordering. Once it did start getting into users hands, it became the go-to drone of choice for many. The photo and video quality were nearly as good as the Phantom 4 series, but it was much smaller and lighter, and could easily pack up into your backpack or even a large pocket. Ok, it would have to be a very large pocket, but it was doable.

Then, at the IFA 2017 trade show in Berlin last September, DJI announced an update to the Mavic Pro. The Mavic Pro Platinum. Not an entirely new drone, but an update to the previous model. Hence, no big fanfare. It offers better battery life, and reduced noise levels. This is due to using new propellers and electronic speed controllers (ESCs).

In between the two Mavics, in May 2017, the DJI Spark was announced. A very small and lightweight drone at a rather inexpensive price point. But the Spark hasn’t been as popular as its larger siblings. Although quite small, the footprint was of a similar size to a folded Mavic. It was a bit shorter and a bit wider, but it still took up a similar amount of space in a backpack. It also only has a 1080p camera and a 2-axis gimbal, which can still leave the footage looking somewhat shaky and low resolution.

There have been rumours of a “Spark 2” floating around since about 4 months after the Spark was released. I doubt that is what this event is for, but there does seem to be a market for something that sits in between the current Spark and the Mavic Pro. And this is where the theoretical Mavic Air would fit. Whether or not a Spark 2 will follow, and what features it may have, remain to be seen. But I wouldn’t get your hopes up for a 3-axis gimbal on a Spark 2.

Digital Trends suggest that it might not be a traditional quadcopter at all, but a fixed-wing drone. They wonder if one of those images might actually be a wing. It wouldn’t be that much of a surprise if they did. After all, a number of DJI’s competitors have them, including recent challenger, Autel. Personally, while I get where they’re coming from, I think it’s more likely to be the back end of a drone body.

But, we’ll find out for sure in just 5 days at DJI’s January 23rd event in New York, and we’ll be sure to keep you posted as we get any solid information.