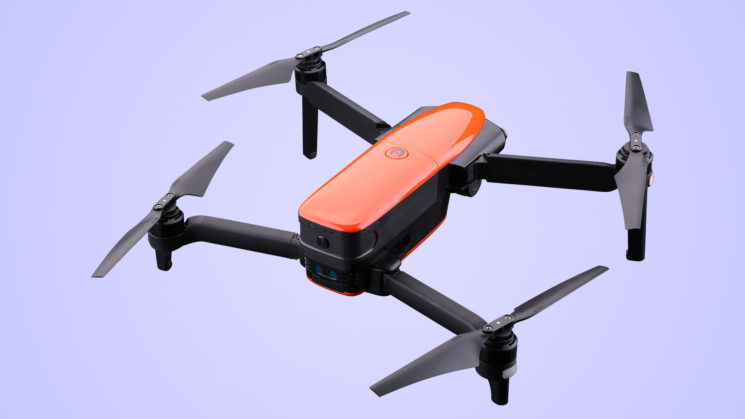 Well, GoPro might be out of the drone game, but it looks like challengers are stepping up to take on DJI. First there was Yuneec’s new Typhoon H Plus, and now Autel Robotics have announced their new EVO; A compact folding drone to take the DJI Mavic Pro head on.

Boasting a 30 minute flight time, the EVO contains all the features we’d hope to find in a competitive drone today. Obstacle avoidance with detouring, not just a dead stop. 4K 60fps camera with a stabilised 3 axis gimbal, and intelligent flight modes with object tracking. And for a price of just under $1,000.

Everybody knew that when DJI released the Mavic Pro we’d see a shift in drone design. Admittedly, none of us probably expected it to be this long before a viable competitor came out, but now it’s here. At least on paper, anyway. Announced at CES 2018, the EVO seems to have a very impressive feature set.

With a 30 minute flight time, it beats out the original DJI Mavic Pro, and matches the new Mavic Pro Platinum at $1,099.  It offers a slightly faster flight speed of 20m/sec vs the Mavic’s 17.9m/sec. This, combined with the dynamic tracking and 3-axis gimbal should make following moving subjects a breeze.

A new Autel Explorer app for iOS and Android will come with the device. This allows accesse to the autonomous orbit, GPS follow, dynamic track, viewpoint and waypoint flight modes. But with the built in 3.3″ LCD you technically shouldn’t need a phone to fly the drone at all. Of course, on a screen that tiny, you’ll probably get quite frustrated rather quickly.

Autel say that the EVO drone will come in at $999, although they’ve not yet specified a release date. They say that will be coming closer to the time of actual release which is “very soon”.