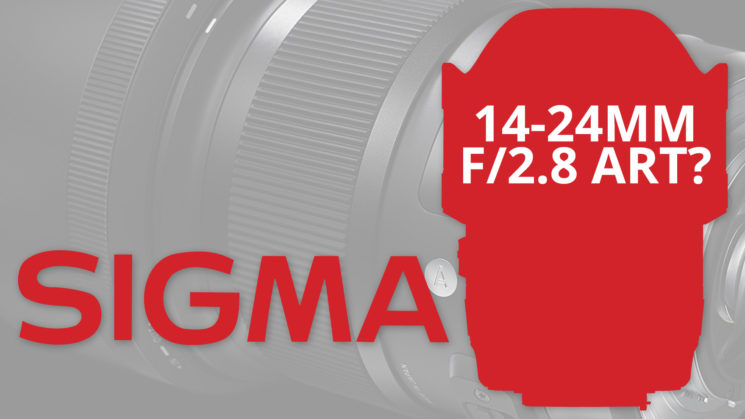 There’s word coming out of serial leakers Nokishita that Sigma is getting ready to announce a new lens. And if what they say is true that will be a 14-24mm f/2.8DG HSM Art lens. After the introduction of the 24-70mm f/2.8 DG OS HSM Art lens last year, it would be nice to see that Sigma may actually be completing the “Holy Trinity” of pro zooms. Especially after almost a year of 70-200mm f/2.8 Sport rumours that have yet to come to fruition.

Other than the name, there’s really not a lot of information about a new potential ultrawide full frame zoom. In fact, there’s no information at all. No photos, no specs, nada.

If I’m reading the Google translation correctly, though, it appears that Nokishita has received this tip from multiple sources, and possibly sources within Sigma.

Sigma taught me what I got confirmed with a lens that is announced soon from overseas sources.

Obviously, as there aren’t even any specs yet, there’s no chance of knowing when a lens may actually be released or even announced. When it is announced, though, it would be a welcome update to the current model Sigma 12-24mm f/4 DG HSM Art lens for Nikon, Canon and Sigma for those who need a faster aperture. Although, you do lose 2mm of range. Which is a big deal at such wide angles.

Hopefully, an announcement will come before The Photography Show in a few weeks. If it does, we’ll be sure to pay Sigma a visit and find out more.

The new Sigma 14mm f/1.8DG Art – Is it an astrophotographer’s dream lens?

« How to reverse engineer colour grades in Photoshop and reproduce them with curves
Drone pilot flies directly above a passenger plane, could face $250,000 fine and jail »