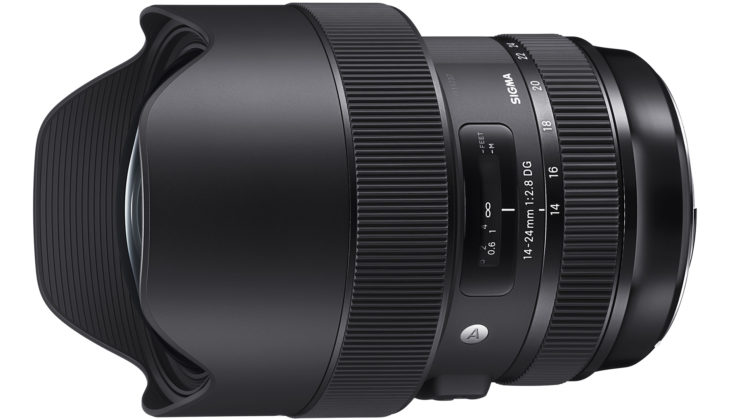 Well, that was quick. It was only yesterday that word leaked that Sigma had a 14mm f/2.8 pro zoom in the works. There weren’t even any leaked photos. But now, it’s official Sigma has announced the new 14mm f/2.8 DF HSM Art series ultra wide angle zoom lens. Although how long you may have to wait for it to be able to actually get your hands on one is anybody’s guess.

Sigma says that the new 14-24mm lens has “zero distortion”, according to the press release I received. Would be nice if it were true. Whether or not that’ll be true in the real world is something for which we’ll just have to wait and see, but it’s a very bold claim. As for waiting and seeing, that’s because the actual release date is “To Be Determined”, as is the price. 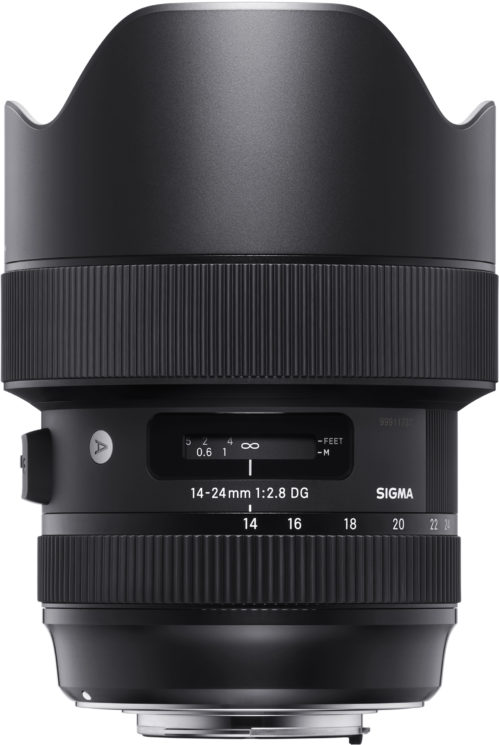 What they have said, though, is that it will come in three autofocus mounts for Nikon, Canon and Sigma cameras. They’ve also said that for Canon shooters, it’s compatible with Canon LEns Abberation Correction functions – although that’s not available on all bodies.

As one would expect the 14-24mm f/2.8 DG HSM Art lens features dust and splash proof seals. These seals extend to the rear camera mount connection, as well as the front of the lens. And the element at the front of the lens also features a water and oil-repellent coating. They say it offers “fast” autofocus with full-time manual override. Of course, with a lens this wide, autofocus should be fast as there’s not that much travel between minimum focus distance and infinity.

As with Sigma’s other Art, Contemporary and Sport series lenses, it’s compatible with the Sigma USB dock. This allows you to calibrate the lens independently of your camera as well as update the firmware.

One thing that is new with this lens is Sigma’s new “Front Conversion Service”. This is aimed at virtual reality content creators. Specifically those who mount multiple cameras into a single rig for stitching in post. This helps to eliminate vignetting and other issues that typical “petal” lens hoods can present. 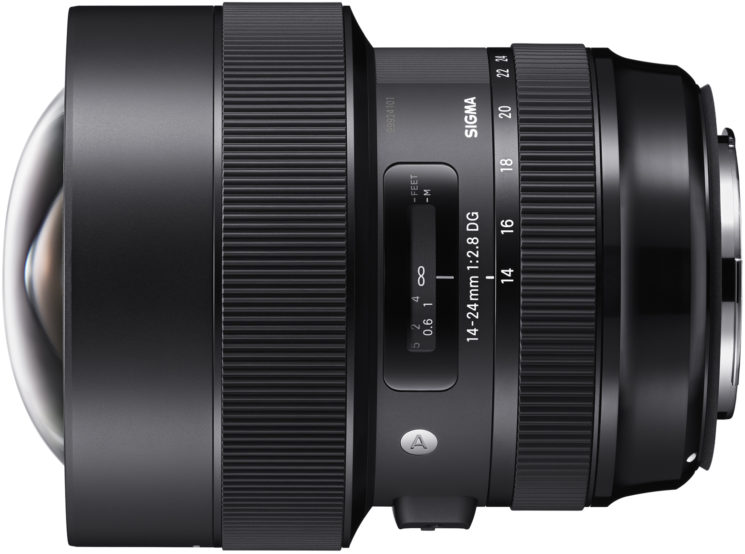 They say this shorter hood helps to prevent lenses from casting shadows on each other and even appearing in the shot of other cameras. As with the lens itself, the launch date of this service is still unknown, but it will likely come at the same time. And, yes, there’s no mention of cost. This service does not impact the original warranty of your lens, and components provided under the service are covered by their own six-month warranty.

A very nice option for those VR shooters with rigs capable of holding 6 or more cameras. Although that would be one seriously expensive rig.

This lens, along with the 24-70mm f/2.8 DG OS HSM Art lens, means two down and one to go, as far as fast full frame Art series pro zoom lenses go.

As mentioned, there’s no word on an actual release date or price yet, but we’ll keep you posted as soon as we know. And if we see one at The Photography Show, we’ll be sure to have a good play and let you know what we think.