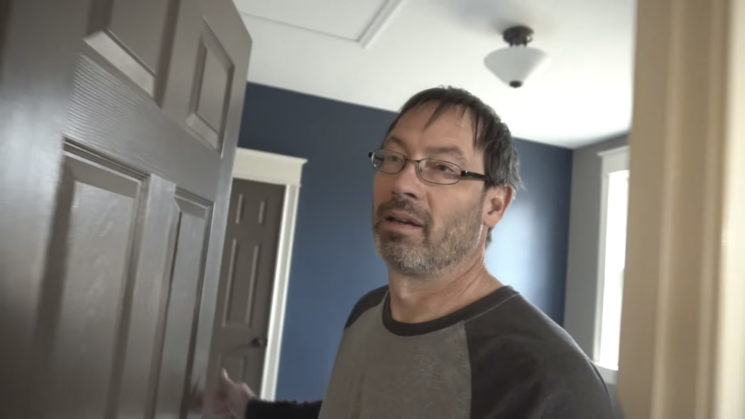 Some of you might think this is some magic bullet post processing trick to remove reverb from audio files. But it’s not. No, the only way you’re going to be able to get rid of that echo in your sound is to solve the issue at the source. That means treating the room to eliminate it completely. In this video, DIYCameraGuy, Michael Lohrum shows us some of the ways we can get fix a room so that echoes don’t happen.

The opening of the video is the perfect illustration of an echoey room. It’s an absolute worst case scenario, and you can hear it in the recording. It has a hard concrete floor, bare smooth painted walls and ceiling, with lots of surfaces for sound to bounce off. 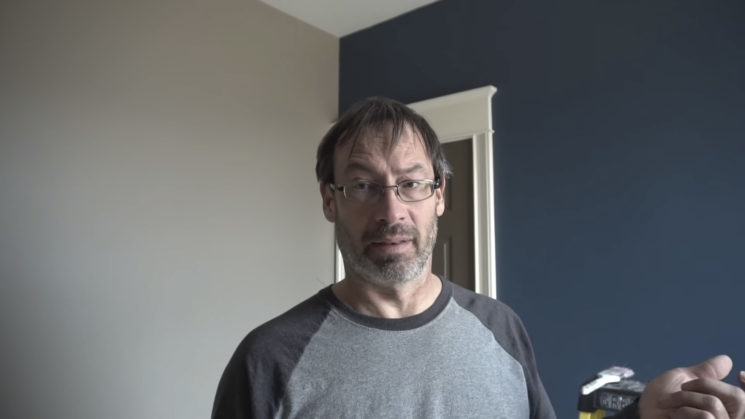 Sound is a lot like light. If you bounce a flash of a smooth glossy white surface, it’s going to reflect right back. But if you shine that light at a rough black surface, it’s mostly going to be eaten up and not impact your shot. It’s the same sort of thing here. Smooth hard surfaces reflect back a lot of the sound, causing echo & reverb. Rough soft surfaces absorb and scatter the sound, minimising the amount of echo your microphone hears.

As Michael walks into the next room, the difference becomes immediately obvious. This is the room Michael plans to use as his recording studio, and it’s already had a little treatment. Michael admits it’s not perfect, but it’s a massive improvement already. 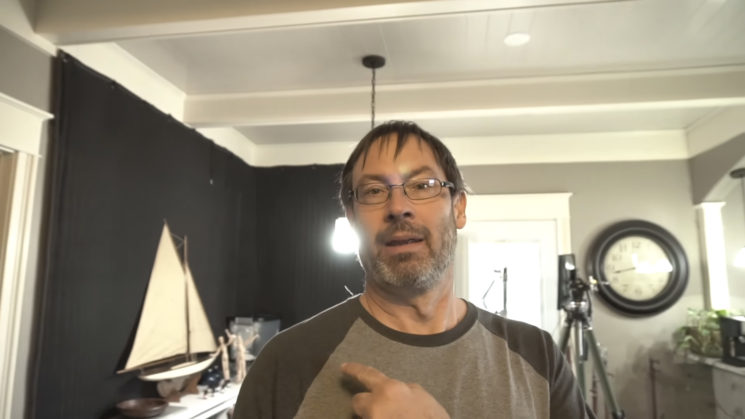 Michael says that the key to absorbing the sound in a room is to use items that have a good weight to them but allow air to pass through, bounce off a wall, and then pass back. Unlike a direct reflection off the wall, that sound is very diffused by the material in between. The echo eventually becomes almost non-existent. Or at least, it’s quiet enough that it’s not impacting your recording.

The ideal solution for something like this is sound blankets. They’re fantastic for location work as well as permanent recording setups. But, proper sound blankets are not inexpensive. At around $220 for a 6’x4′ blanket, you might need half a dozen or more to treat a relatively small room. In a pinch, Michael says that moving blankets will work. However, they’re much lighter, so they’re not going to be as effective. But they’ll still be better than a completely untreated room.

Heavy clothing and towels can also be good cheap substitutes for sound blankets. Again, they won’t be quite as good, but better than an untreated room. Or you can layer up multiple towels and make your own DIY sound blanket panels, as Nate Perks did. Nate’s panels are designed for a more permanent installation, but if you can find a way to mount them to stands, they can even work on location.

For more permanent setups like a home studio, or even just around your computer to record sound, acoustic foam is another option. These are available in varying sizes, styles and price points for dealing with different types of sound. Some deal better with certain frequencies than others. So, if you’re going the acoustic foam route, you’ll want to do some research to get the best results.

Ultimately, the goal is to intercept the sound so that it doesn’t reflect directly off hard smooth surfaces, and sometimes that can be as simple as opening a door. After all, sound can’t bounce off an open space. Just make sure it’s not too loud on the other side of that doorway first.

Some degree of reverb can be taken away in post, sure, but it’s problematic and the software can be very expensive. It’s going to be much less of a headache to just eliminate it from the equation altogether before you hit record.

How to eliminate reflections on glass when shooting with flash