(hit play on this movie to see what this article is about, this is not a computer generated image, it’s all done in camera – see the final product here)

As someone who deals with compositing on a daily basis, I foud myself in a restless state. And I don’t mean that restless state that all us creatives are in, I mean something that was extreme even for me. I am always struggling with backplates, so I started making a wish list of what the perfect backplate would be. What would it look like? Turns out it’s not an easy question, and it definitely does not have an easy answer. Making that backplate required a $50,000 camera and ended up as a 14 Gigabyte file. But I have finally found how I want my backplates to be. Here is the story of how I made it.

Ok, let me rewind a bit. What does Compositing actually mean?

At its core. compositing is shooting models in a studio and placing them into another world. When we are in a two-dimensional world, this “other world” is a background image, what we call a backplate. The benefits of this technique are pretty obvious: you have full control over light, wind, temperature, coffee and music. (not to mention sun, aliens, spaceships and monsters). In other words, it’s just easier to shoot in a studio than on some cold, dark and probably scary, unhealthy remote locations – and it’s definitely cheaper.

On the other hand, you need some kind of knowledge in Photoshop and some preparation to make it believable. That brings us to the first problem:

If you shoot for composite, you should be aware of the lighting in your background. I see this very often, people start to put models on backplates and the lighting is just not working. It doesn’t matter how good you are in photoshop – if the light is wrong, your image will be wrong. Sometimes it’s perfectly possible to shoot the model with a specific background in mind. Sometimes, it’s the other way around, the model is already photographed and you have to match the background. This is something that the “perfect Background” has to solve.

Another Problem with most backplates is the resolution (or size). When shooting with a decent camera in portrait orientation, say in the 35+ Megapixel range, (like the Sony A7RII, Nikon D810 or Canon 5DSR),  the model in the photo is roughly 7,000 pixels tall. Finding a proper background is pretty hard (that’s why we sent a photographer with a high-res Mamiya Leaf to tour the world last year). You might end up needing to downscale the model image, and lose details. Or on the flip size, you may need to upscale the background and lose sharpness. So the perfect Background should be with enough resolution to contain your portrait oriented model.

Focal Point and Depth of Field

The last thing to solve is the focus. When you are shooting with a 50mm lens in the studio, you might have some slight depth of field effects in your model’s image (for example, slightly blurred dress, if you have a shallow depth of field and you focused on the eyes). That same effect needs to be in the background as well, which is not trivial: it’s a lot of work to make believable DoF in photoshop unless you have a Depth Map. What is a Depth map? 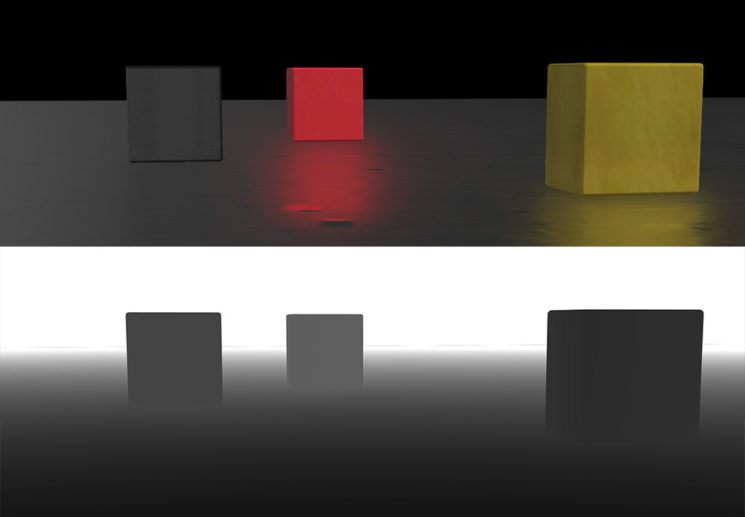 The upper image shows three boxes. The yellow one is the closest to the camera, while the red one is far away. The Depth Map is a black and white representation of the position in three-dimensional space and it’s very simple to create in 3D-Programs.

This depth map can be used to set the focal point in Photoshop with the filter Blur->Lens Blur.

Jumpstart in my Project “The Mill”.

I’ve managed to shoot a real, non-CGI image which solves these three issues and create what I love to call, a photoshopper wet dream backplate. (You can see it here, but keep reading to see how it was made)

It’s a 100-Megapixel image, Depth-mapped, 34 Light sources controllable photo in a 16 bit PSB-File… not a lot of fun for the computer because it’s a heavy file 14 gigs file, but it’s awesome to play with.

Phase One was so kind to bring us their absolutely stunning 100 Megapixel XF100 for a test and that was exactly the tool for this job. Equipped with this beast of a camera and a 35mm Schneider Kreuznach lens we rented an old mill and started shooting directly into Capture One. (that lens actually translates into a 22mm because of the 0.6 crop factor). After a lot of test shots, we started to walk around with a battery powered strobe and did some lighting for our imaginary model from all angles.

I did a quick walk through, so you might get a good idea of what’s going on:

Let me show you how we did this: 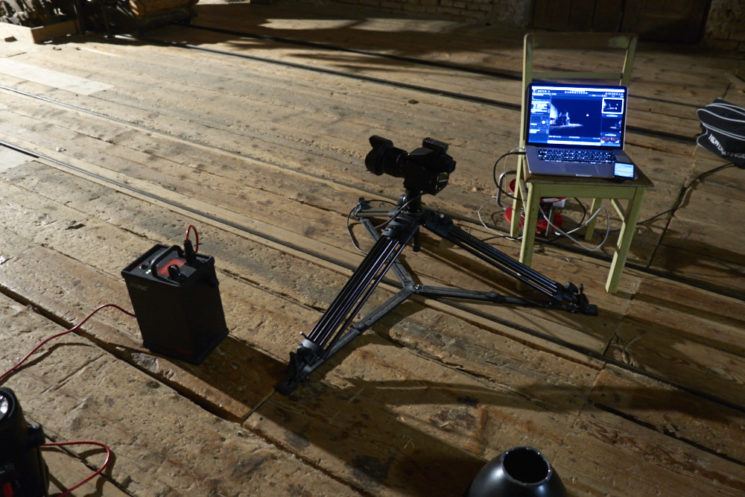 The first thing you need (obviously ) is a proper camera, a tripod, and a strong light source. I used the Phase One XF100 for this job with the 100 Megapixel IQ3 back and shot directly in Capture One. The benefit here is the ability to check the light right after each shot. When everything was set up, I started taking pictures at f/22 to get a maximum depth of field while not having to deal with strong diffraction blur.

My assistant walked around with a Multiblitz X10 strobe, a big battery and a variety of light modifiers. We made sure that the light is controlled and not over exposed, so we could layer everything properly later.

Here are some samples of the “motivated” lights we shot: 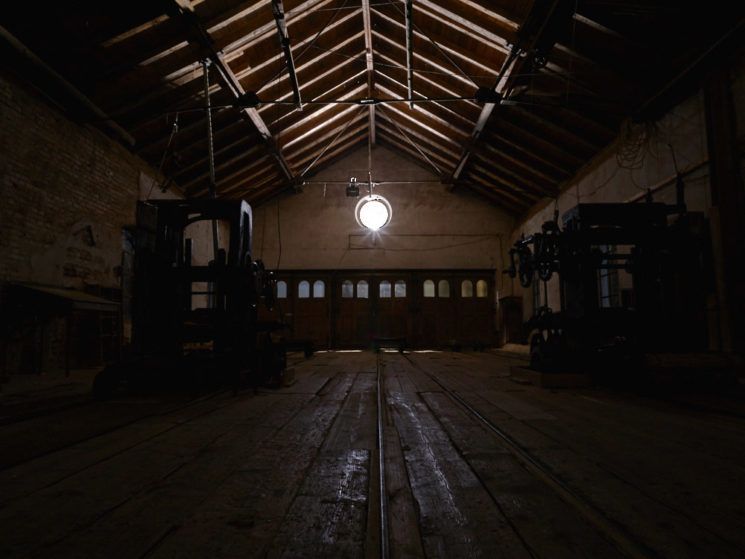 A single lightsource outside the window 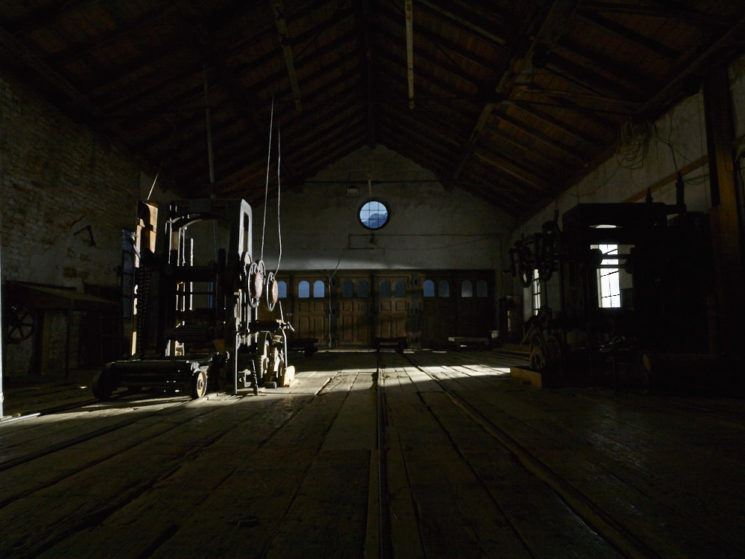 Normal reflector outside the side window 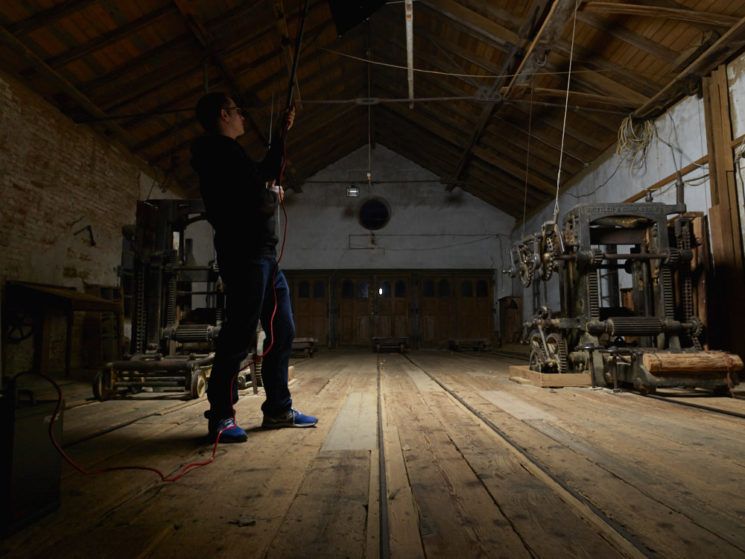 softbox for the area where you probably put a model in 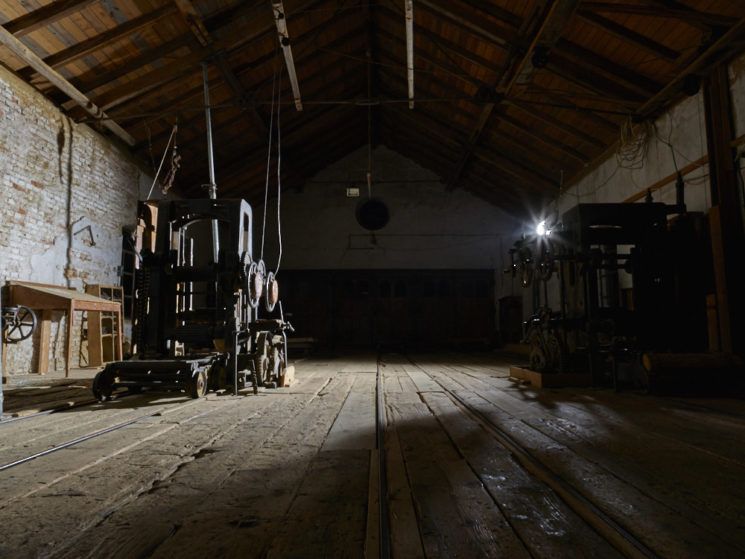 When I arrived in the studio, another tough part began: editing out distracting elements and making sure there are no visible light sources (especially with the rim light shots).

With that preparation, it was just a matter of patience, because bringing these huge files in 16 bit in photoshop, layering them up in “screen” blending mode (“screen” turns everything black into a helpful transparent) took quite a while.

I ended up with this something magical for composite artists, who love playing with light and crops and I think this isn’t the last room I’ve shot that way.

Editor’s note: Stefan was kind enough to give DIYP readers a 15% discount on this file for the next three days. Use code DIYPROCKS until the end of Wednesday to access the special price.

Capturing The American Dream On A Wet Plate Truck

« Want better portraits? Rotate your canvas while retouching.
This HD video of New York was recorded on a VHS tape in 1993 »