The task was clear – an original portrait of a Medieval Knight Sword Fighter (national champion).

So I planned to do a collodion wet plate of a knight with his armour and sword. My first thought was, that an original armor has no “color” so to say. You just see the reflections of the environment. That was the reason I wanted to shoot the first portrait in my garden. Unfortunately, the weather gods were against us and just after when we started a thunderstorm was on its way. 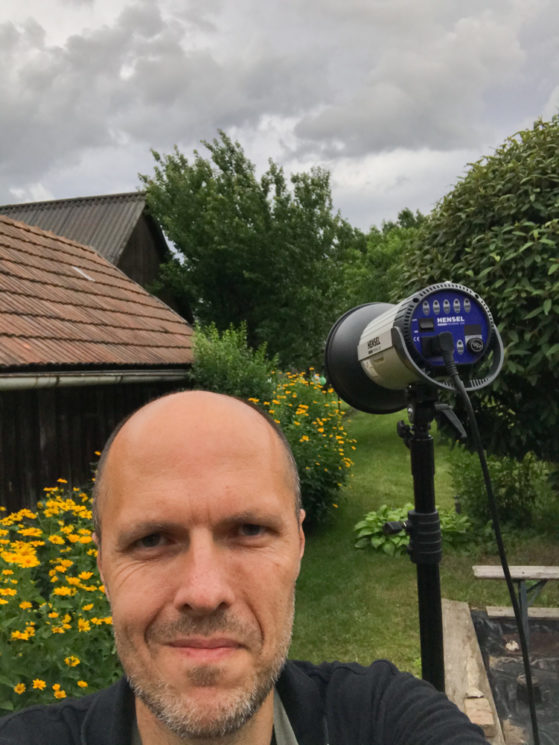 To fight against the “low light” situation, I used a Hensel Integra 1000W compact flash as fill and also to create some nice catchlights.

I decided to go for this classical pose to show this aggressive looking helmet and the sword without covering the face. I would have liked to have a tiny bit brighter background, but the weather played against us here. As soon as we finished, it started to rain.

You can see the lines from the sky pointing directly to the knight. This is something I always try to integrate into my portraits 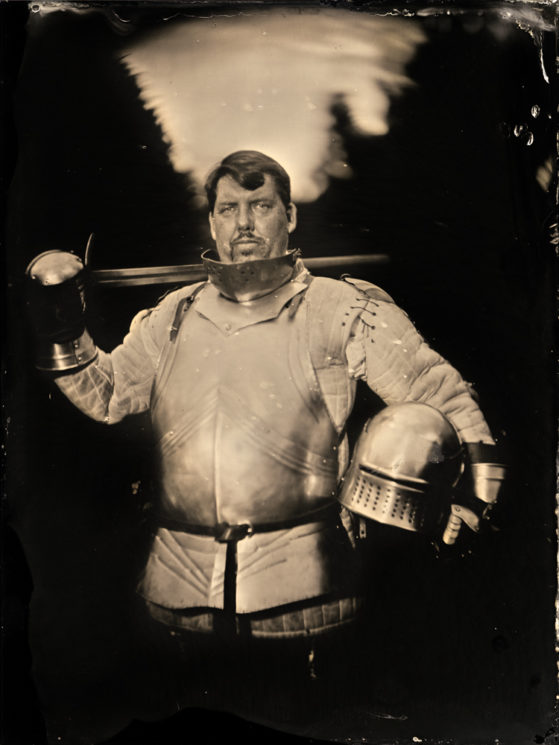 We did the second portrait in my studio. This time he was wearing one of his helmets. I used a classical clamshell light with a pretty close softbox (Hensel Grand Mini 85) in combination with a reflector. With this setup, I got enough reflections on the armor and could also bring light under the helmet to illuminate his eyes 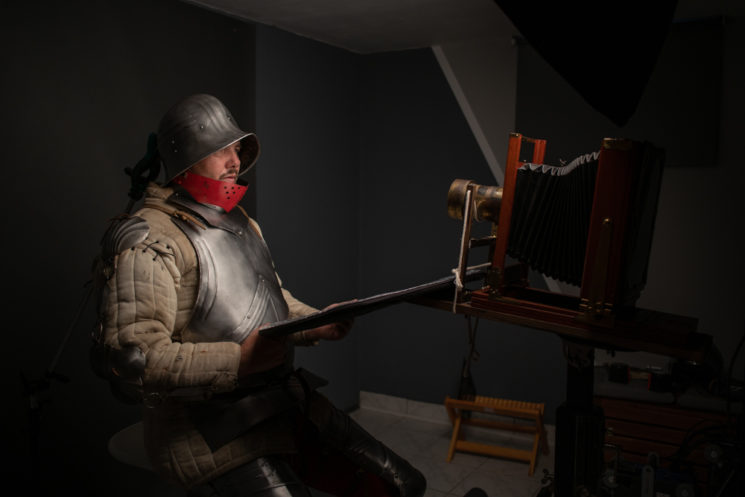 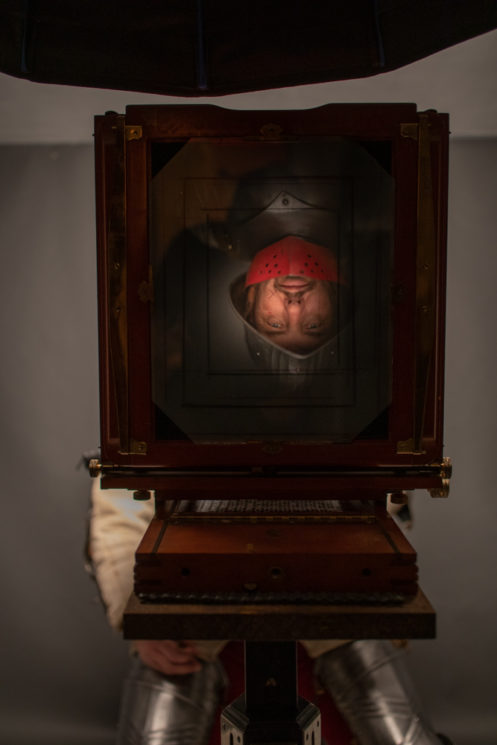 I was very pleased with the result of this portrait shooting. I underexposed the plate a tiny little bit to get stronger contrasts. With that, I could produce a very strong portrait. 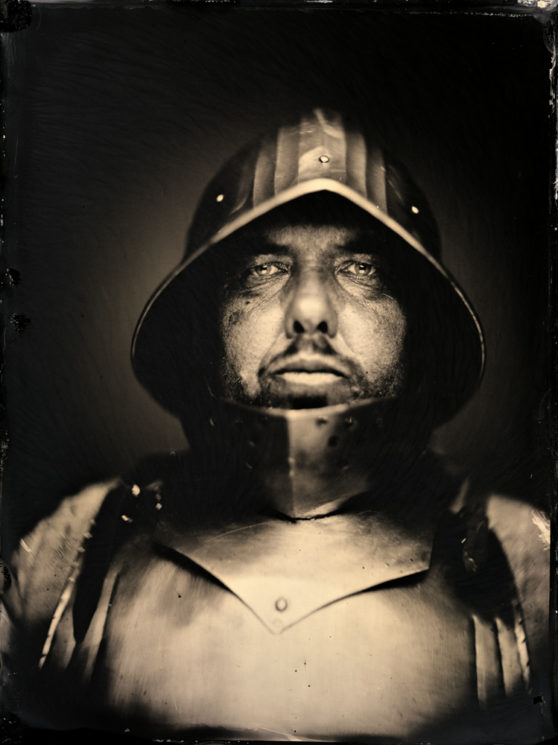 I know these portraits from soldiers that came exhausted and empty from a war zone. That’s how I imagined doing this portrait. Because of the heavy-duty armour and helmet, Klaus did not have to act to be exhausted. So you know what I am talking about, I add a selfie from after the shooting at the end of the post. 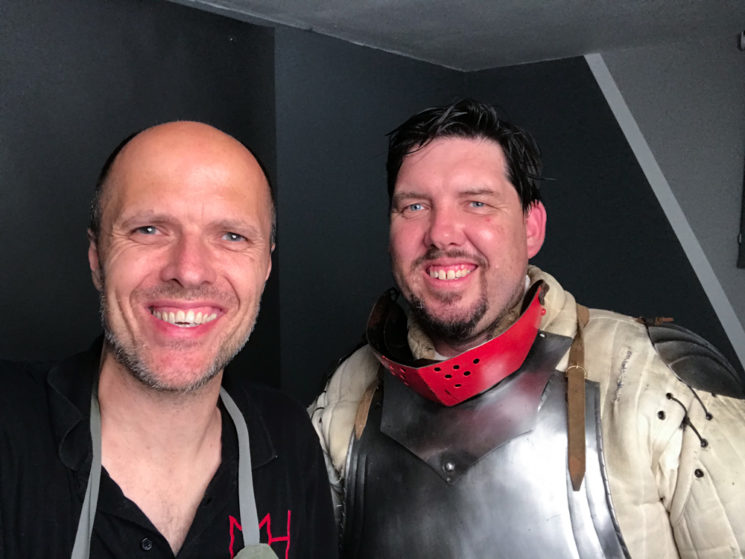 Markus Hofstätter is a professional portrait, events and sports photographer based in Austria. He has a passion for analogue and wet plate photography. He loves travelling to visit new places and meeting new people. You can find out more about him on his website or blog, follow his work on Instagram or Facebook or reach out to him through Twitter. This article was also published here and shared with permission.

The entire start to finish process to make ultra large format wet plate photographs
« This photographer lives in a camera-shaped house with his sons Canon, Nikon and Epson
The calming effect of landscape and nature photography – print your images »