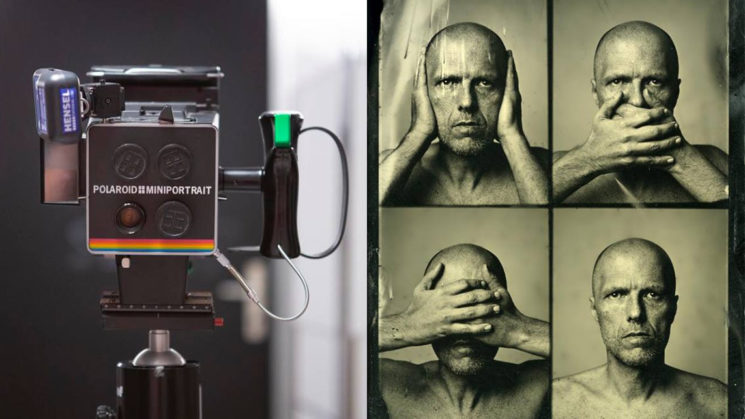 I love seeing the wet plate experiments of Austrian photographer Markus Hofstätter. He’s so prolific with them that when he decides to do something interesting it ends up being very interesting. Lately, he’s been trying to apply wet plate techniques to types of photography you wouldn’t normally associate with the medium.

He has a couple of very cool projects on the go at the moment that he will tell us about in due time, but for now, check out these passport photos shot on wet plate using the Polaroid MiniPortrait 402 camera.

The Polaroid MiniPortrait 402 normally shoots four images simultaneously onto 100 Packfilm from Polaroid and Fuji. But using the film for which the camera was intended is so boring. This is why Markus wanted to shoot it using wet plate, one shot at a time. Interestingly, the camera didn’t really need any modifications to be able to use wet plate. Even the Fuji FP-100c film holder was able to take the plate with no modifications. 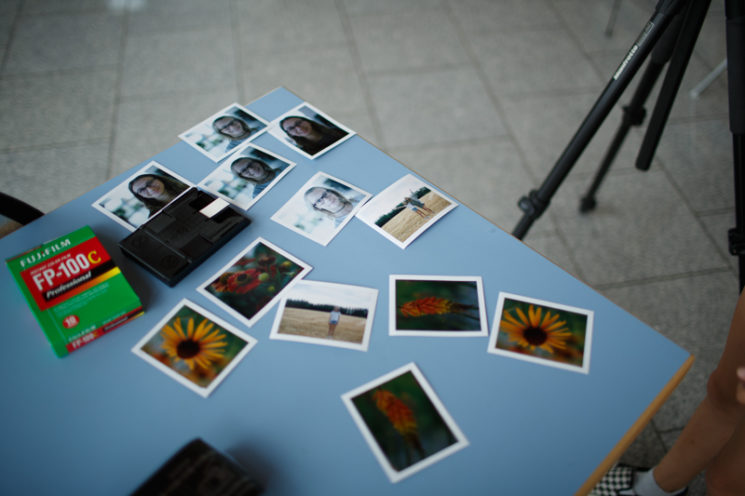 The camera itself contains four lenses, each with an aperture of f/8. Used in combination with a wet plate solution that has a sensitivity of about ISO 0.5, that means a lot of light is required in order to properly expose. 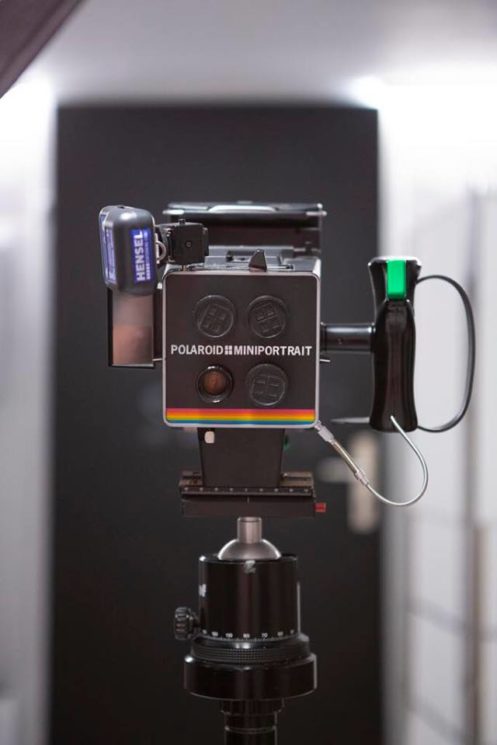 Markus is no stranger to wet plate, though, nor the requirement for lots of light, so he set up his insane 6,000Ws Hensel head and pack strobe with an 85cm softbox. 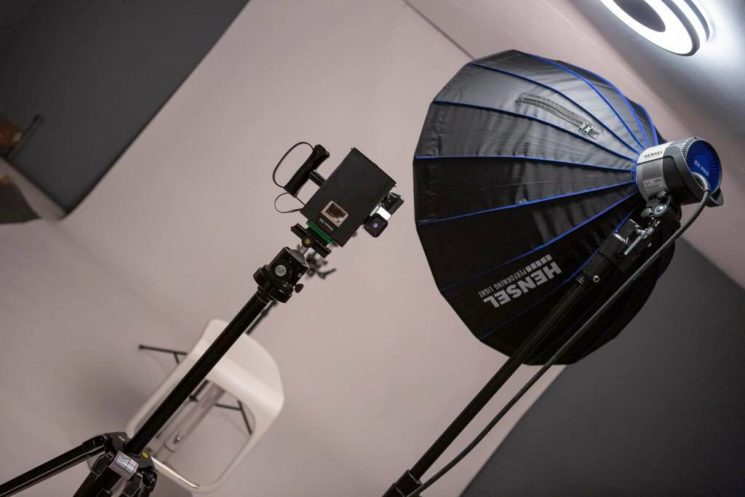 Of course, even though Markus was using a Polaroid passport camera for this, these aren’t exactly EU compliant when it comes to passports. I imagine they would be quite difficult to fit into a passport, too, but they are a lot of fun. 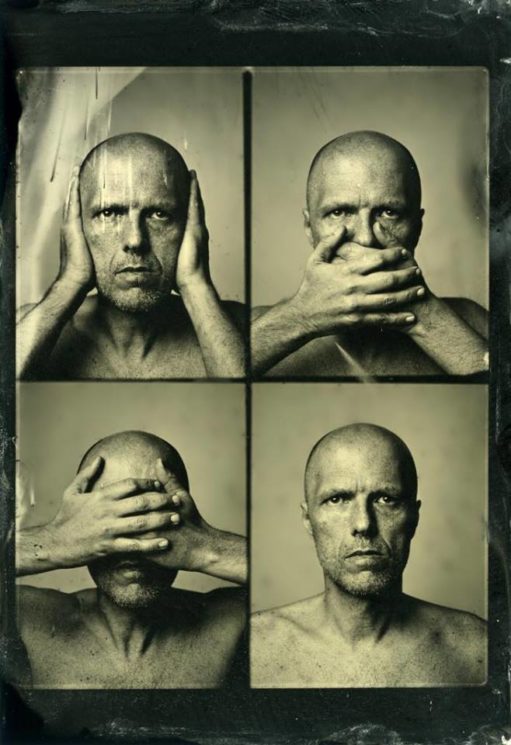 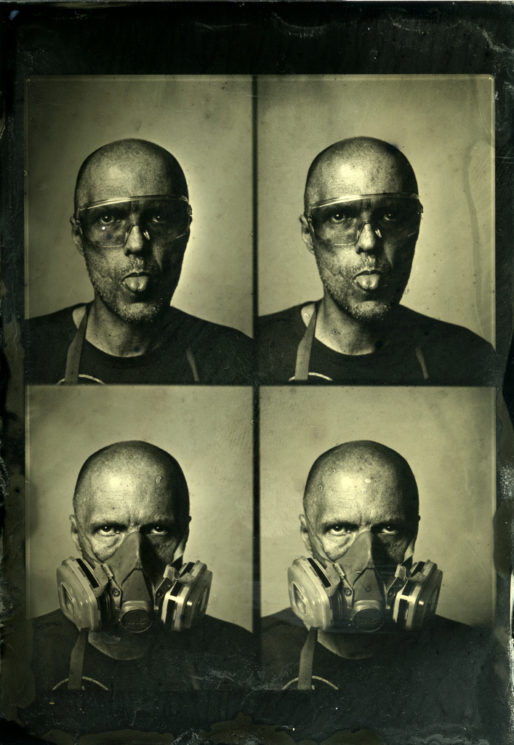 Markus also managed to shoot some photos of his mother using this setup, and she actually agreed to let him share them on the Internet. What a great sport she is! 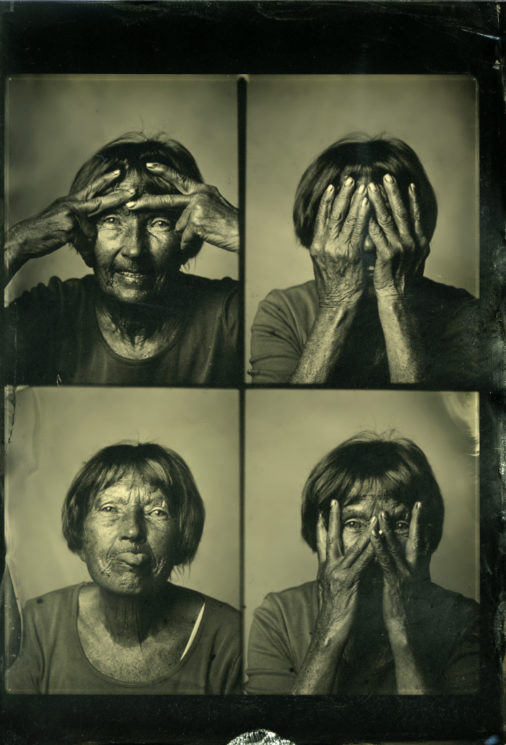 You can see more of Markus’ work over on his website, and follow him on his blog and Instagram. It’s well worth a follow, as Markus has told me about one or two very cool projects he’s currently working on. There’s a clue in one of the images above!

Markus plans to use this Polaroid camera in his next wet plate workshop along with the usual 13×18 plates.

« A street in Paris wants to ban Instagrammers so the residents can get some peace
I got $5,000 worth of gear stolen from me through Fat Llama »