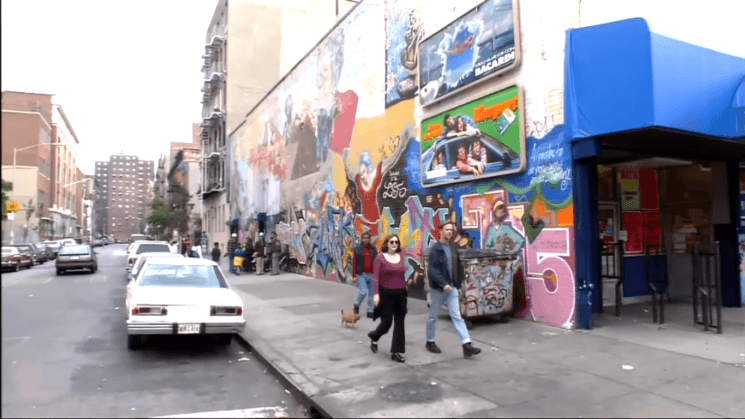 Do you remember VHS tapes? Can you call them back to your memory and compare the horrendous image quality with the crisp, super-sharp HD videos we have today? Well, they had HD back in the ‘90s as well. It wasn’t common, but there were some solutions that offered HD recording on a VHS tape. This video of New York from 1993 was recorded precisely this way – combining HD tech with VHS.

According to the video description, it’s likely that this footage was shot with an HDVS camera. It might have been a Sony HDC-500 attached to an HDV-10 portable recorder which recorded on UniHi 3/4″ tape. When D-Theater launched in the US in 2002, the dealers needed a demo tape of HD footage. JVC decided to reuse some HD video shot almost a decade before.

When I think of VHS, the first thought is about the terrible video quality of these tapes (although it reminds me of childhood). I still watch cartoons and home videos ripped from VHS, so I can easily compare them to the modern videos. But this footage of New York is almost surreal. It’s strange to see kinda vintage atmosphere in such a high-quality video. Pay attention to the details of faces in close up, or details on leaves and squirrel in the park, those left the biggest impression on me. It’s hard to believe they were recorded on a VHS tape.

The description of the video suggests that you can tell it’s 1993 by some details in the streets, like billboards and ads. But if you ask me, it’s enough to look at that fashion and realize this was, indeed, filmed in the early ‘90s. And as a bonus – nobody is staring at their phones while walking. They’re checking out each other instead. :)

This Is How They Made Cameras Move Back In 1993

« How I shot the Photoshoper’s wet dream: A PSD room where you can control 34 different lights
Everypixel Aesthetics uses neural networks to judge quality of your photos »