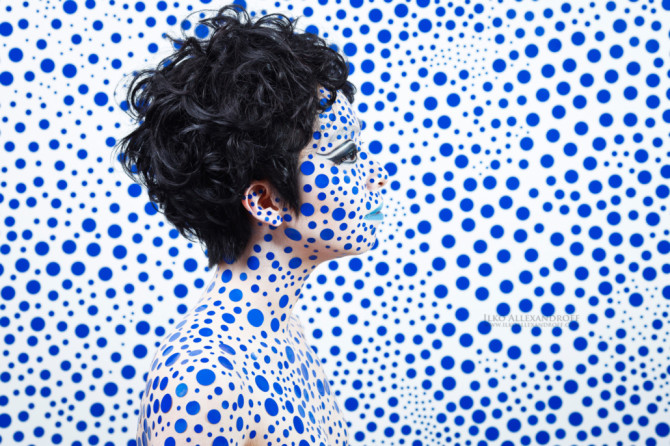 This is a project of my hairmake friends we did together some time ago, I have another article from the same project, too I bet you’ve seen it, but here is the article for it too. It’s been really hard work putting all the blue stamps on both the model’s face and the background, but definitely worth it, as I really love that set of images! I’m using a 2 lights setup,which I’ll write about below! finally, it has a bit of style to it, either you love it or you don’t! 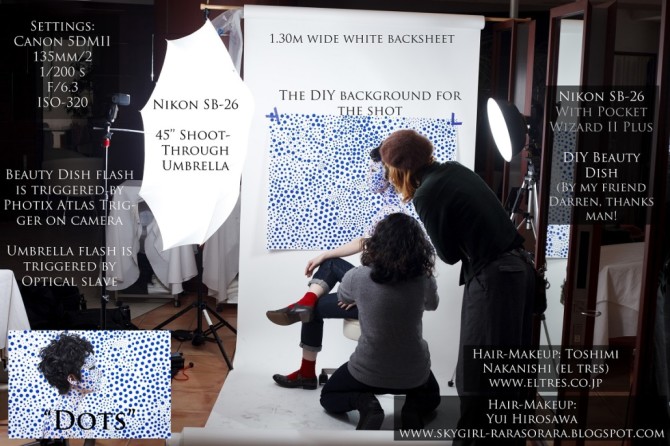 For this body art photoshoot I’m using a 2 lights:

So I’m using cross lighting! For this type of shoot I’m usually shooting with the 135mm F/2 lens which is giving the face a pretty realistic shape.

I chose to shoot at F/6.3, which you may have noticed I do not do very often, haha. But this time I wanted a bit more from that background to be in focus, so I closed down a bit. To keep a good shooting flow, I upped the ISO to 320 and dropped the strobes a stop. This kept the exposure similar but enabled the strobes to recycle faster and so I could shoot faster. 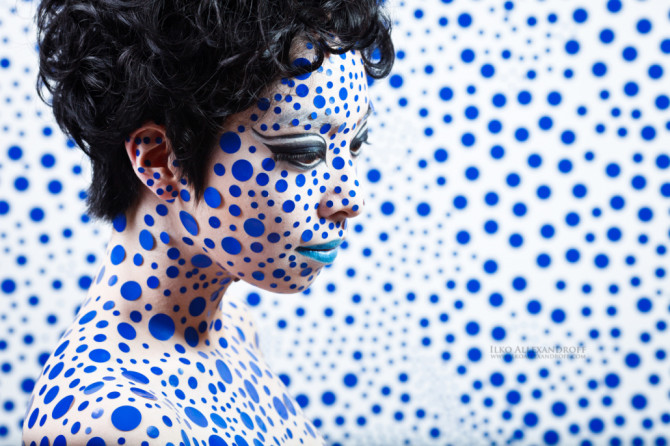 Here are a couple shots from the hairmakeup body art shoot! My hairmakeup friends Yui Hirosawa & Toshimi Nakanishi made some really cool piece of art that for me was just easy to go and shoot it! This photograph was also published on 1x.com where it did pretty well.

The reason I am telling you all this is because you should not let lack of gear to stop you. This photo was taken with two 20+ years old Nikon SB-26s, a brolli, a salad bowl and a few packs of blue stickers.

Originally from Bulgaria, Ilko Allexandroff is a photographer based in Kobe, Japan. He mainly doing portrait, fashion and weddings. You can see more of his work on his blog, as well as on his Facebook, 500px, twitter  and Flickr stream. This post is based on an article originally posted here.

Does size matter? DPI (dots per inch) for printing explained

4 Kicka$$ Compositing Videos That Reveal The Art Within The Art