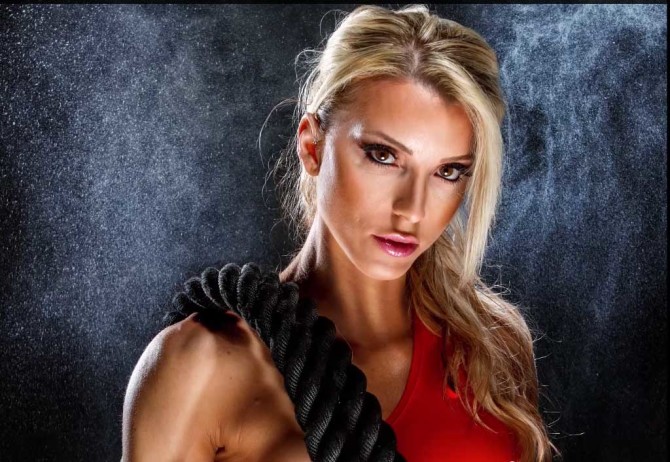 We’re only rarely treated to such thorough walk-throughs and behind the scenes footage as the one pro photographer, Alexis Cuarezma has posted over on his blog, which details an entire photoshoot he recently wrapped up with IFBB Bikini Pro Athlete Ashley Pfaff.

Over the course of the photoshoot, Cuarezma and his crew would be shooting outside in under the bright Las Vegas sun, in addition to shooting in a dark gym. The photographer had about 6 different looks planned and since the fitness model was flying to Florida that same evening, the team had a limited amount of time to get everything done. Needless to say, there would need to be a fair amount of organization to keep everything moving on schedule.

Take a quick look at the behind the scenes video to see how they fared.

Getting And Staying Organized

For Cuarezma, that meant starting with a mood board. After doing some image research, he pulled a collection of photos that were similarly styled to those he wanted to take of Pfaff. This allowed the photographer and model to be on the same page with what they were trying to accomplish. Next, Cuarezma compiled a gear list, including everything he would need.

“For my creative process I always follow this. I try and give myself no limit, no boundaries to what’s needed to executed what I have envisioned…I put my vision first and that dictates what gear I need (not the other way around). Then, after assessing the situation/shoot, the time frame, and budget I start making a list and seeing what’s best available and work from the top down. If your vision is really important to you, …you’ll be amazed at how resourceful you can be.” 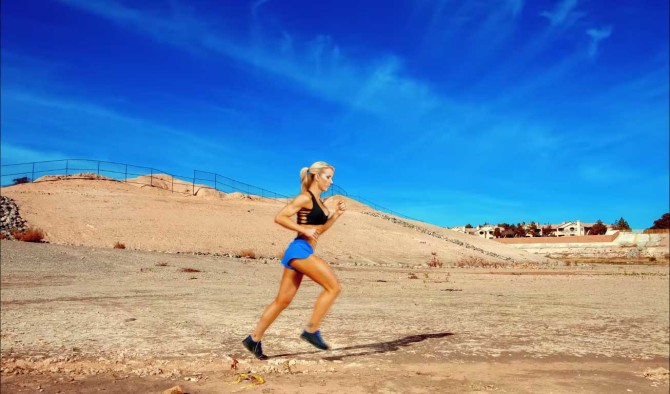 Cuarezma also made the point to color coded the mood board with the gear list to help his assistant, Morgan Bellinger, know at exactly which point during the shoot each piece of equipment would be used. If you ever work with an assistant, this is an invaluable tip–probably even useful when shooting on your own. 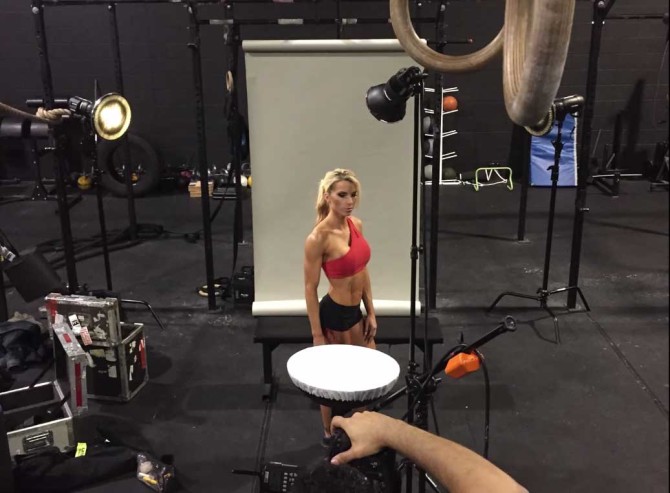 Behind the scenes at the gym.

Cuarezma’s entire blog post is chock full of helpful tips, so I encourage you to head over to his blog and check it out for yourself. He posted a copy of his mood board, gear list, and a TON of final images from the shoot to gawk at. The BTS video you saw above was really just a teaser for the comprehensive breakdown he explains over on his website. 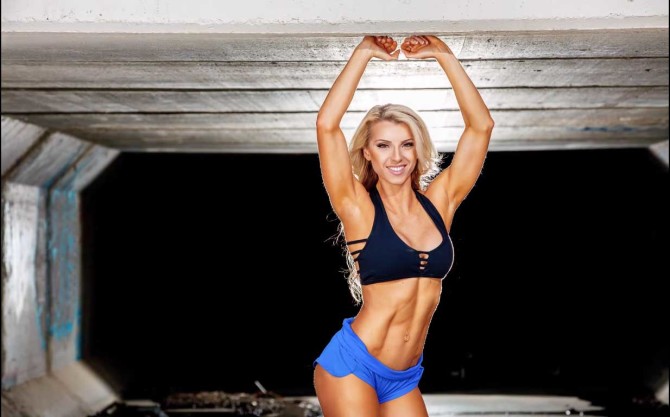 The Wounded Soldier – A Lighting Walk-through