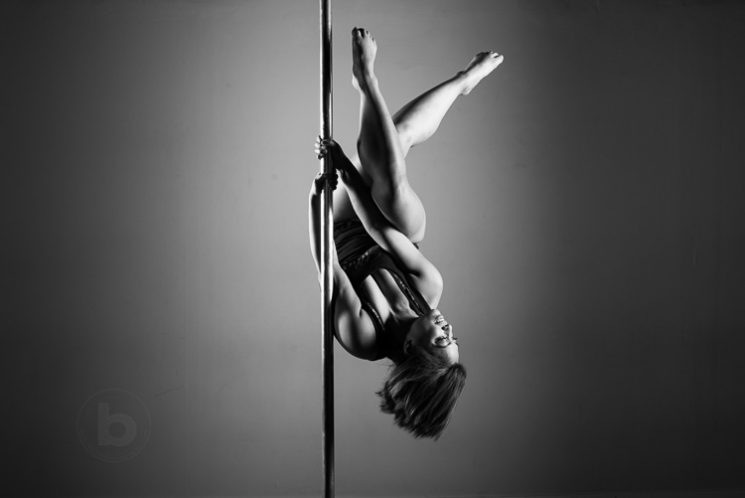 This assignment for Allure Fitness was most definitely the latter.

In this article, I will share the lighting setup I used for this series of photos of Allure’s pole dancing fitness instructors.

The lights I used for the pole dancers were a pair of Elinchrom Quadra 400Ws strobes (now the Elinchrom ELB 400).

One key issue with shooting in a dance studio is that all of the walls are covered with mirrors. Because of this, any light spill bounces all over the room and can ruin your image.

To minimize light spill, I used a pair of 16×55 Impact Luxbanx Strip Softboxes with grids.

The strobes were set directly opposite of each other, so that pretty much any position that the ladies managed to contort themselves into would work well with the lighting setup.

Working with the ladies on posing, we tried to have their face towards the light on the right (slightly in front) for the most flattering look.

Here is the lighting diagram: 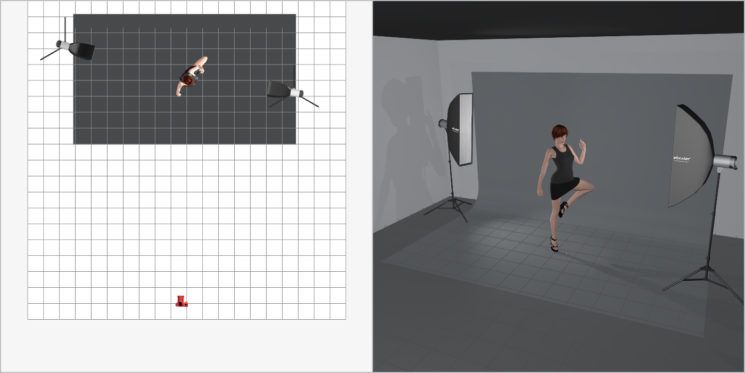 The camera was a Nikon D800 with a Sigma ART 50mm f/1.4 set to ISO 100, f/8, 1/125th, strobe white balance. The power of the strobes were set for a proper highlight exposure with both strobes set to the exact same power.

The images were finished off in Lightroom. I ended up delivering a full color set to my client for their promotional material – but I also converted a set to black and white – I just think that the form and action look a little more interesting in black and white.

Here are the finished photos from the session: 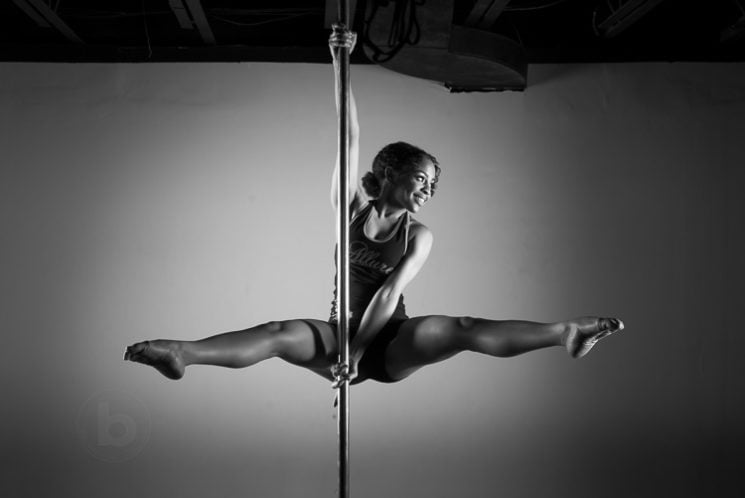 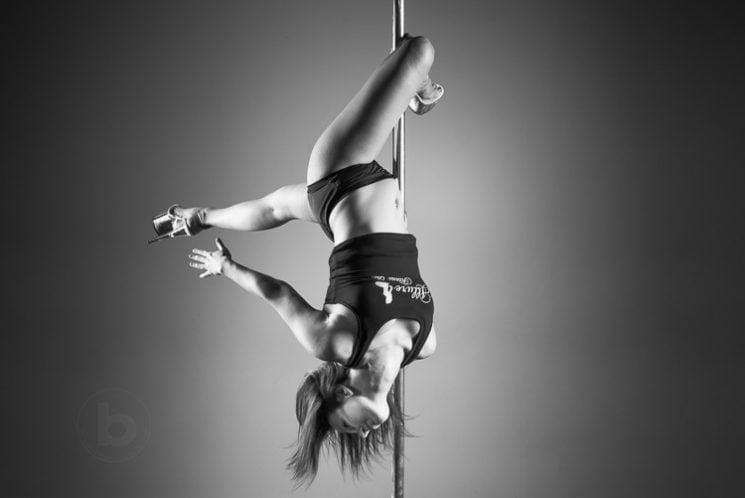 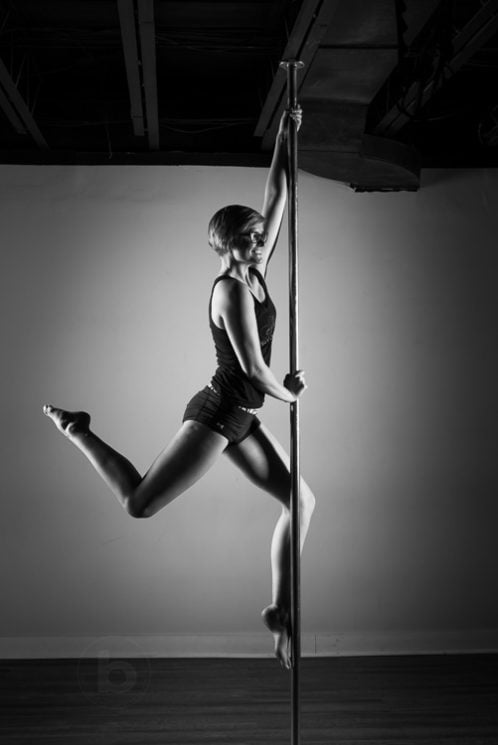 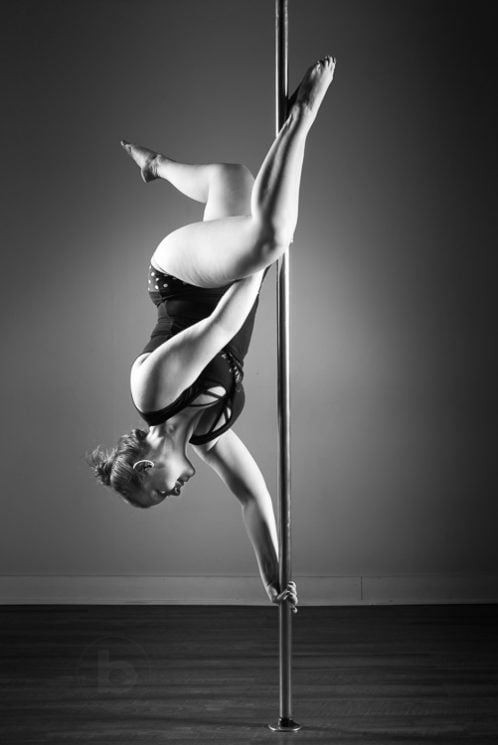 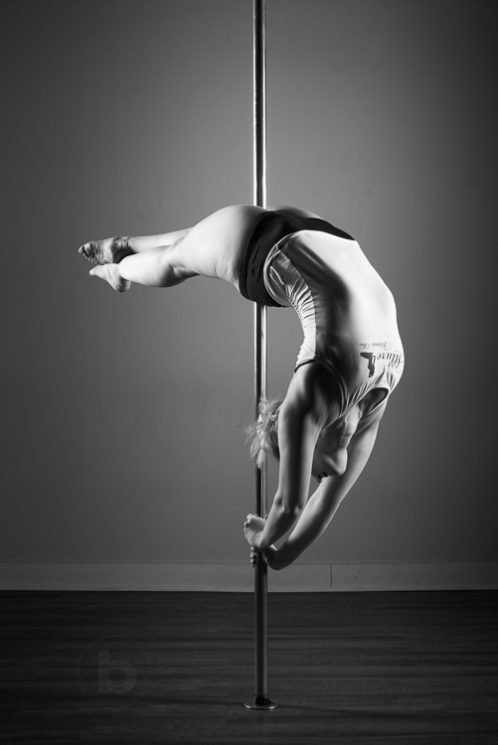 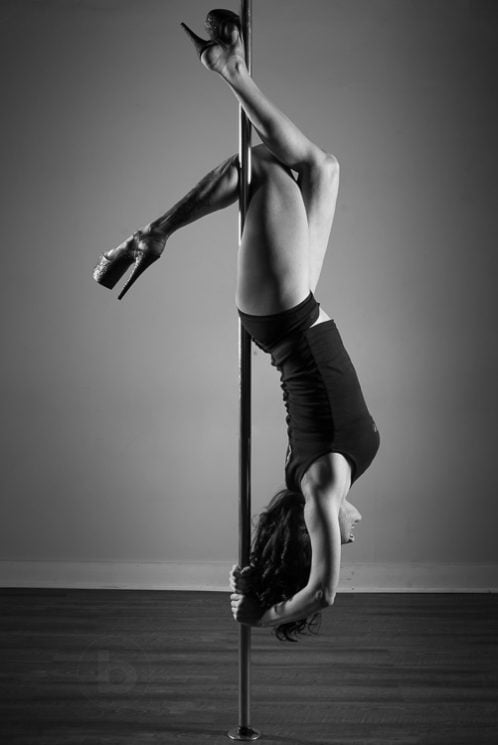 After we were done with the main set of images I though that it might be cool to try something a little different and add some motion blur.

I used a single hardware store LED spotlight on the floor (bottom left below) with a CTB gel (the wall is pink, so appears purple with the blue light). The exposure is set for the LED hot light (a constant light source) and there is a single strobe with the same strip softbox and grid on the left.

My camera settings (same camera and lens) for these photos were ISO 100, f/8, 2s, strobe white balance, rear curtain sync (this is really important so that the strobe fires at the end of the exposure, not at the beginning).

It took a little practice to figure out a smooth two second movement that did not overlap the motion too much and ended in a good position facing the softbox.

Again the images were processed in Lightroom, which was mostly a matter of increasing the contrast and saturation. 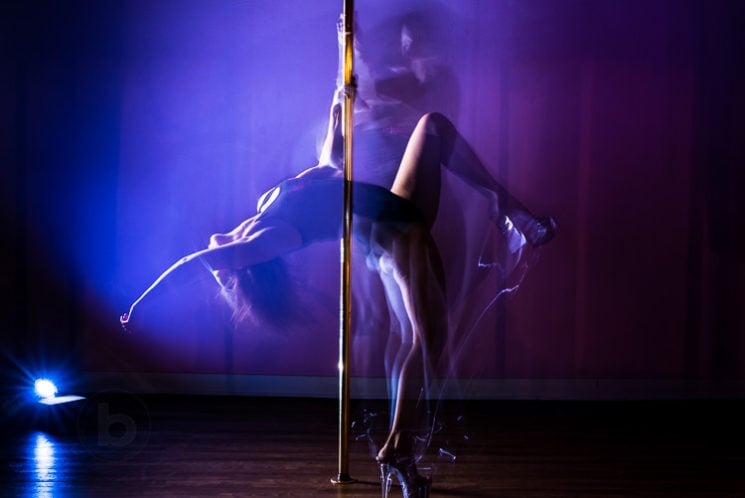 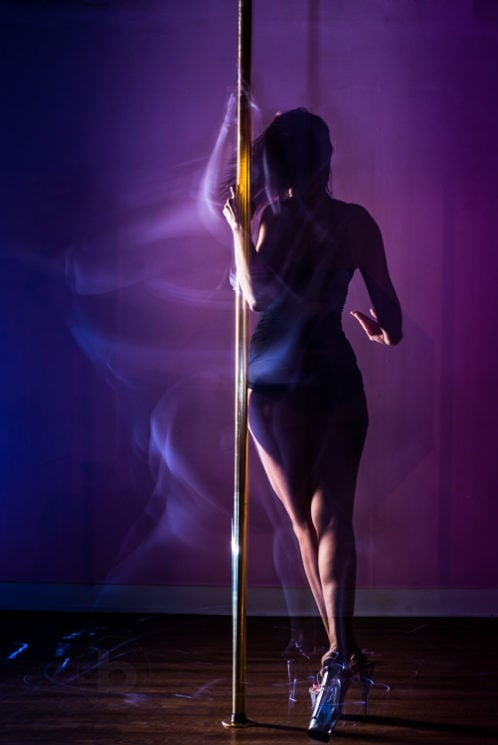 Let Us Know What You Think!

Do you think this series turned out well – what would you have done differently?

Do you like black and white – or do you think color would work better?

Anything not making sense with the setup?