If you think selfie sticks are so 2014, here’s something to up your selfie game. Now you can take aerial selfies using an autonomous flying camera which you can always carry with you. It’s called Selfly and it snaps of your phone when you want to use it. When you’re done shooting, you simply attach it back to the phone case and put it in your pocket. So, it’s a gadget that allows you to take selfies from a new perspective, and to annoy people around you in a completely new way.

Selfly is an autonomous camera drone that comes integrated with a 9mm phone case. When you snap it off, four rotors lift the tiny drone in the air. It is programed for stable hovering, like you are holding it on an invisible selfie-stick. You control the Selfly drone using your smartphone, with the app that offers additional control modes. They include “Stick Control,” “Voice Control,” and “Fly by Picture” mode. You can add more controls if you wish, and auto piloting stabilization system is also available.

Selfly camera drone has an integrated 8 MP camera, and it’s able to take1080p videos at 30fps. It comes with integrated WiFi connection and enables live stream on your phone. It even has some “smart options”, like face recognition, smile recognition and following the movement. It has 20 selfie photo flight maneuvers  available, or only 5 minutes flight time. So if you really like taking selfies, you might want to have the charger around. 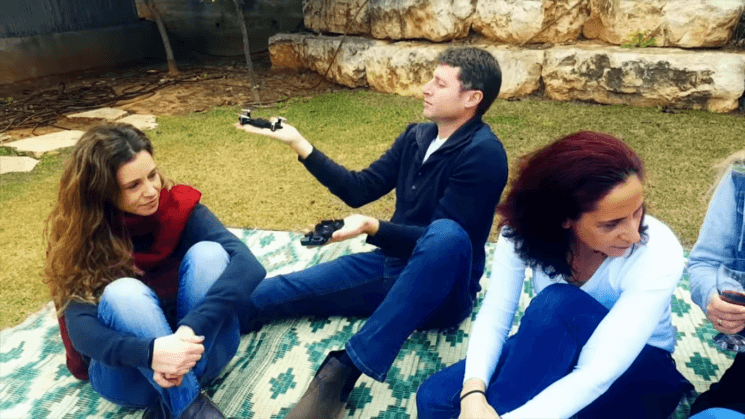 Personally, I can’t imagine a night out with tiny drones buzzing around my head. It’s enough that smartphone cameras alone kill the fun for me. But for those of you who like the concept, Selfly camera drone is available on Kickstarter. There are still “Early Bird” kits available for $89, so it’s quite affordable. They include the camera drone with integrated battery, the case, and the micro USB power cord. The delivery is expected to begin in June 2017.

« These are the basic lighting techniques you need to know for photography and film
How to remove fungus from lenses using soap, water and vinegar »