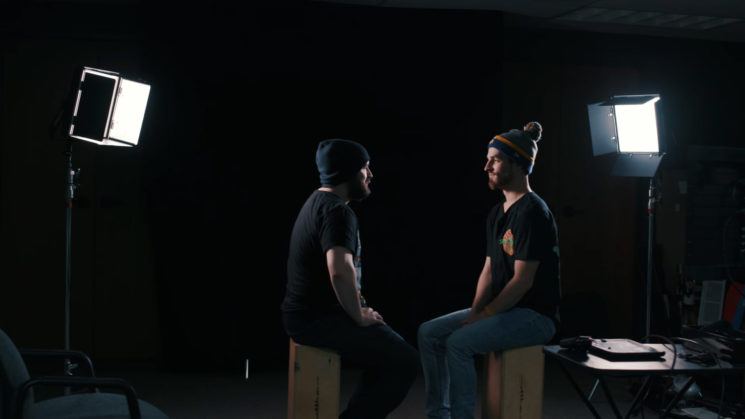 Whether you’re a photographer or a filmmaker, understanding the principles of light and how it will affect your subject are important. It doesn’t matter if it’s flash, continuous LED, natural ambient, or the harsh bright sun, you want them to help tell your story. There’s a lot of different lighting styles and setups out there. Most of them, though, operate on a fairly basic set of principles.

This video from the guys over at Film Riot talks about the different techniques of lighting subjects primarily for video. But, these are the exact same principles you’d use for photography, too. So, if you don’t know your key from your rim or your short from your broad, have a watch, and it’ll all become clear.

For this video, Ryan uses Ikan Rayden lights, although the principles really aren’t dependent upon the light you’re using. They’ll work equally as well with other continuous light sources or with flash. They’ll work with natural light, too. Clouds are basically just a big softbox. The sun is just a small point light source. So, you can apply these techniques out in the wild, too.

The first thing mentioned in the video only really applies if you’re working as part of a crew, or you have assistants. That’s the terms “lamp left” and “lamp right”. These basically mean left or right in the direction that the light is facing – regardless of the direction anything else is facing. It’s like camera left and camera right, or subject left and subject right. It just gives a frame of reference as to which way is left and right to avoid confusion.

Ryan then goes on to talk about some of the different techniques.

Why would you want to light something facing away from the camera? Well, here’s a comparison shown in the video. On the left is broad lighting, on the right is short lighting.

As you can see, there’s quite a difference in effect. Short lighting is often more dramatic. It provides more texture and detail on the surface, as well as much more shadow toward the camera. Broad lighting, on the other hand, often helps to reduce skin detail. It works well with older subjects, especially in combination with a large soft light source. It fills in the shadows and wrinkles.

Amongst the basic techniques, there’s…

Ryan also talks about the differences between high key and low key lighting. I notice a lot of photos posted around the web where people seem to think that “high key” and “low key” photography means over or underexposed, respectively. But that’s just not true.

Low key images also often have highlights that go to near white, but they contain much more shadow. More contrast, more drama. Often the key light is short lighting, with little to no fill light, and maybe a rim to help with background separation. Depending on the final look, they’re often described as being quite cinematic. You’ll often find that movie posters for dramatic movies use low key lighting.

So, there you have it. That’s the bare basics. Almost all fancy lighting setups are some combination of these lighting principles. Understanding these will allow you to more easily look at somebody else’s image to figure out how it was lit. There’s differences based on the size of the light, and the modifier being used, of course. But when you can reverse engineer somebody else’s lighting setup, you can learn a lot to improve your own.

Did they miss any important ones? Let us know in the comments.

Lighting Techniques: All the Things you can do with One Speedlight

« Here’s how Sony Mirrorless cameras allow you to double your lens’ focal length without losing quality
Selfly camera drone: it ups your selfie game and fits in your pocket »