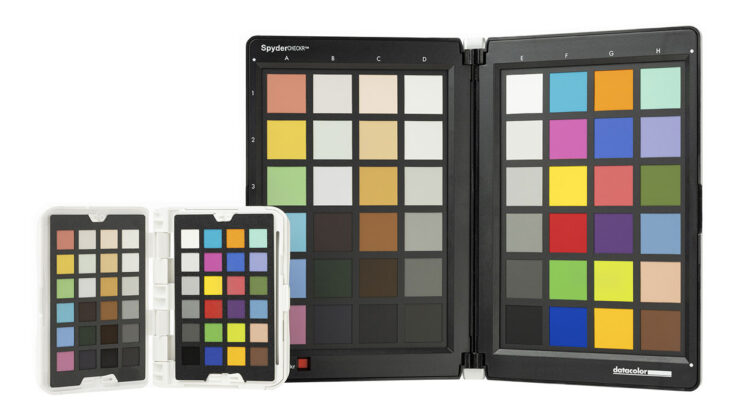 Well, here’s one I missed while I was away in Amsterdam for IBC 2022, but it looks like Datacolor has finally released a pocket-sized version of their Spyder Checkr (review here) for easier use on location. It’s called the Spyder Checkr Photo and contains the 48 familiar swatches found in its bigger and older sibling. The card is also swappable, allowing you to flip them around for 12 more grey scale swatches for checking brightness and contrast as well as large targets for white balancing.

It sure has taken them long enough to make it easier to get the Spyder Checkr out of the studio, although like the larger version, it still feels a little bit lacking in the software department. Essentially, it uses the same software plugin, meaning you can create a HSL profile for Adobe Lightroom, Adobe Camera RAW or Hasselblad Phocus but that’s pretty much it.

The software for the Spyder Checkr Photo appears to be exactly the same as for the original Spyder Checker. In fairness, though, if all you’re using is Lightroom or Adobe Camera RAW (or Hasselblad Phocus), it’s an excellent piece of kit to get all of your images to a consistent starting point – assuming you never want to manually tweak the HSL adjustment sliders while doing your raw processing, which might mess up some of your presets. I’ve used the full-sized Spyder Checkr quite regularly over the years for some shoots on unfamiliar cameras where I want to ensure colour accuracy and consistency from shot to shot. 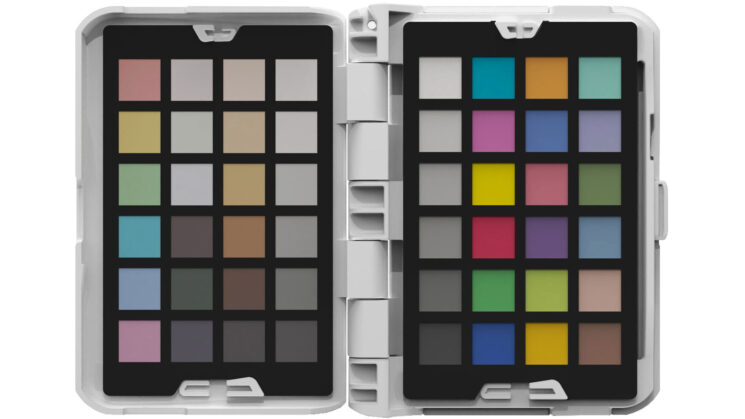 The Spyder Checkr Photo essentially brings Datacolor’s swatches into the realm of the popular Calibrite ColorChecker Passport series (formerly the X-Rite ColorChecker Passport series), which allow you to slip them into a pocket or camera bag for easy transport to the location without the risk of getting damaged. They’re a lot more manageable on location, whereas the larger calibration charts are more ideally suited to the studio.

The Spyder Checkr Photo contains the cards inside a sturdy plastic case, with “expanded skin tone” swatches with an ultra-matte finish on “long-lasting, ink-printed, museum-quality paper cards for the truest color renditions and deepest black”. The cards are made from 78% bamboo, making them a renewable source for paper. So, even though the case is still plastic, they’re thinking somewhat about the environment in its creation. 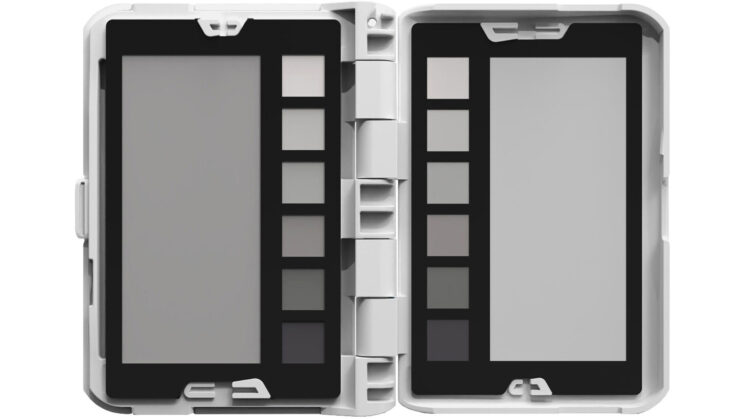 The white balance and greyscale targets on the Spyder Checkr Photo

The X-Rite and Datacolor options use approximately the same set of swatches, sort of, except they’re in a different order. The 48 colour swatches of the Spyder Checkr Photo actually combines the two 24-colour swatch sets of the ColorChecker Passport Photo and ColorChecker Passport Video (review here) into one – except that you’ll notice that while the colours are very similar between the Datacolor and Calibrite options, they are shuffled around a little bit between the two, with various columns and rows being switched. The Datacolor product is also a little less saturated.

Calibrite has recently announced that they’ve combined their two colour charts into the ColorChecker Passport Duo, priced at $199, while Datacolor’s new pocket-sized target costs a mere $99.99. For some photographers, being limited to only using it with Lightroom, Adobe Camera RAW and Phocus with the Datacolor Spyder Checkr Photo will be worth the 50% cost savings. For others, though, the benefits of creating DNG profiles and ICC profiles that can be used in a very wide array of other software, as well as having true black/white/40IRE grey points for video will be worth the extra cost of the Calibrite solution.

I think it’s fantastic that Datacolor now has this in a smaller form factor, although it’s something they should’ve done years ago, really. If you’ve not bought into a calibration target system for your photography yet, it’s well worth looking into, especially at this price (if you only ever use Lightroom, Adobe Camera RAW or Hasselblad Phocus).

The Datacolor Spyder Checkr Photo is available to buy now for $99.99 and is already shipping.