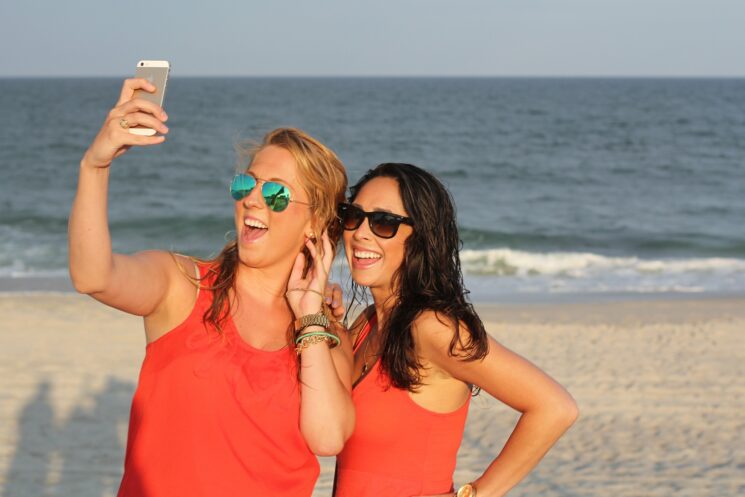 Over the past decade, selfies have become a mainstay of popular culture. If the #selfie hashtag first appeared in 2004, it was the release of the iPhone 4 in 2010 that saw the pictures go viral. Three years later, the Oxford English Dictionary crowned “selfie” word of the year.

We use selfies for a variety of purposes, ranging from the social to the professional. According to a 2018 survey, 82% of US adults under 34 had posted a selfie on social media. Until the pandemic hit pause on public gatherings, an entire industry was dedicated to generating selfie events and museums.

Given this tremendous reach and popularity, the last four years have seen the phenomenon begin to receive attention within the cognitive sciences. As recent studies have shown, including a recent one I led, the way we take selfies – and the specific camera angles we choose – varies depending on what we intend to do with them.

Since the 1970s we have known that in historical western portraiture, artists favoured depicting the left cheek of their sitters, particularly when painting women. A 2017 study showed that when it comes to taking selfies, people tend to angle their smartphone in order to photograph their own left cheek too.

Patterns have also been detected in the way selfie-takers position their cameras vertically. Another 2017 study of selfies posted on Tinder found that when looking to hook up, women most often choose to shoot their selfies from above, and men from below.

My colleagues and I looked at how this might vary on a different platform. We considered 2,000 selfies posted on a random sample of 200 different Instagram accounts – ten selfies per person. For each selfie, we recorded the gender of the user as apparent from the photograph, and whether they took their selfie from above, from below or frontally. We found that all the users – regardless of gender – tended to place the camera above their heads. 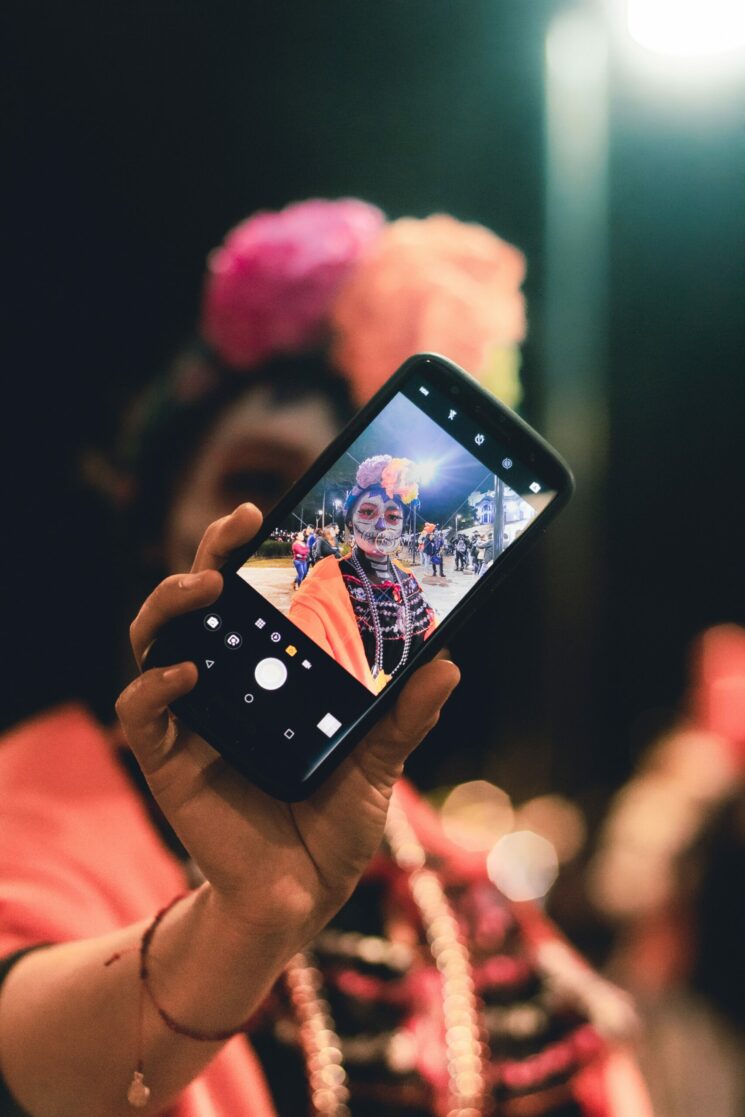 Selfies have been defined as a form of self-disclosure. pxhere.com, FAL

These differences in camera position create different kinds of selfie. The question is why. But how do these choices relate to what the selfies are being used for, the platforms they’re posted on?

Most “how to take the best selfie” guides emphasise that photographing your face at an angle and from above makes you look better.

This is borne out by a study of Tinder selfies wherein the authors determined that men taking selfies from below was, partly, out of an attempt to appear taller and therefore more masculine. Women taking selfies from above, meanwhile, was said to achieve the opposite, and make them look shorter and more feminine.

Elsewhere, research has looked at the early trends in selfie poses and how some were about angling and composing your face so as to look thinner and more vulnerable – which is also equated with being more attractive.

In trying to explain why a historical painter might have preferred the left side of their sitter’s face, researchers explored several possibilities. These ranged from whether the artist was left or right-handed, where the sitter sat in relation to the painter, or whether there was, in fact, a superiority of the left visual half-field in facial recognition: in other words, might a profile painted to the left of the canvas be more easily perceived?

The data though was inconclusive on all those theories, save perhaps the possibility, the authors of the study said, of a basic visual preference. It might be, they suggested, that we simply find the left side more attractive than the right. In selfies, both left and right-handed people showed the same left-cheek bias – so here too, it’s not about handiness. Instead, this prevalence suggests that we know, instinctively, that showing our left side is the better option.

Recent evidence provides a clearer reason why this might be. The left side of the face is controlled by the right hemisphere of the brain, which in turn is responsible for communicating emotions. Thus, the left side is the more emotionally expressive.

Researchers have also found that we tend to perceive ourselves as more attractive and likable in our selfies, than in photographs other people take of us.

The degree of expressivity we go for depends on what we intend to communicate, and the platform we’re communicating on. By showing the left cheek – or shooting from above – we look more expressive. Placing the camera frontally, meanwhile, achieves a neutral look.

Selfie-takers, in their choice of pose and other pictorial features, are providing nonverbal, social and emotional signals to their viewers. These signals can be thought of as the 2D equivalent of the nonverbal signals that we use in face-to-face communication.

In person, individuals control their posture and facial expressions, and how far they stand from each other, to express degrees of intimacy or avoidance. Since Edward Hall’s seminal 1960s work, The Hidden Dimension, we have called this spacing behaviour or proxemics.

In selfies, as in photography or cinematography, you have only got pictorial space to play with. But this too provides a set of proxemics: the way the subject is oriented, any left-right asymmetry in the composition, questions of relative size between objects in the frame.

These variables, which are determined through the distance from the camera, and, crucially, the camera angle, contribute to non-verbally communicating the selfie-taker’s motivations, intentions, or emotional states.

This chimes with the way selfies have been defined as a form of self-disclosure. It’s not just about someone presenting or representing themselves, pictorially, in the way that self-portraits do (a difference which my current research is looking at), but a means of revealing personal information within a dialogue.

The throwaway nature of the selfie sets it apart from the more considered, artistic intention of a self-portrait. Likewise, the way a selfie is all about context and interaction. As writer, theorist and the person behind the Museum Selfies tumblr puts it, “selfies are shared as part of a conversation”.

Alessandro Soranzo has obtained an undergraduate degree and MSc in Experimental psychology at the Department of Psychology – University of Triest (Italy). In 2005, he was a Post Doc research fellow in the Department of Vision Sciences – Glasgow Caledonian University (UK). 2006-2012 he worked at Teesside University on Visual Perception. He joined Sheffield Hallam University in September 2012.

He is a Fellow of the Higher Education Academy (HEA), an APS Member (Member of the Association for Psychological Science), and a Member of the British Colour Group.

Scarcity vs abundance… it really is your choice