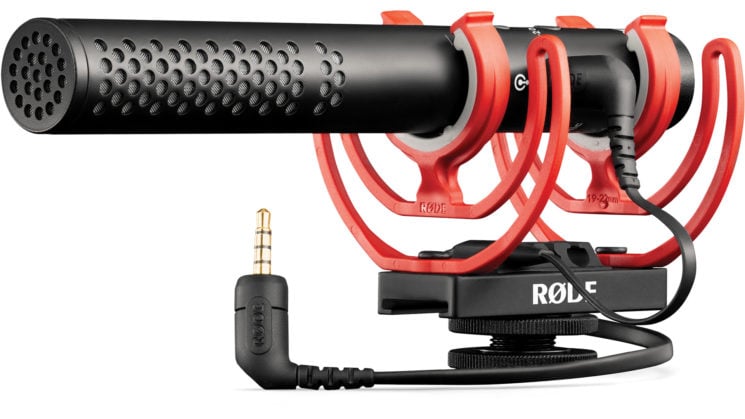 As the name would suggest, it follows the design principles of Rode’s NTG series shotgun microphones. In this case, specifically, the new Rode NTG5 short shotgun broadcast microphone. This is certainly not your usual on-camera mic, though. It also features USB output to plug it straight into a phone or your desktop.

The VideoMic NTG is a hybrid microphone. Rode says that it “brings the signature broadcast-quality sound of out NTG shotgun range to a compact, feature-packed VideoMic“. After having played with the NTG5 for a little over a week now, that’s a big promise.

It features the same acoustic design as the NTG5, with round entry holes throughout the interference tube, rather than the slits that we’re used to. It also has a highly directional super-cardioid polar pattern with a very flat frequency response. This should help pick out your subject from their environment and create the most natural recording possible.

On one side of the microphone is an auto-sensing 3.5mm socket. Auto means it can automatically detect whether it’s plugged into the standard TRS microphone socket of a camera or audio recording device or the TRRS socket of a smartphone. (away with those annoying adapters… YAY!). On the other side of the microphone, though, is something quite special, and very different from previous models in the VideoMic range. A Type-C USB socket. 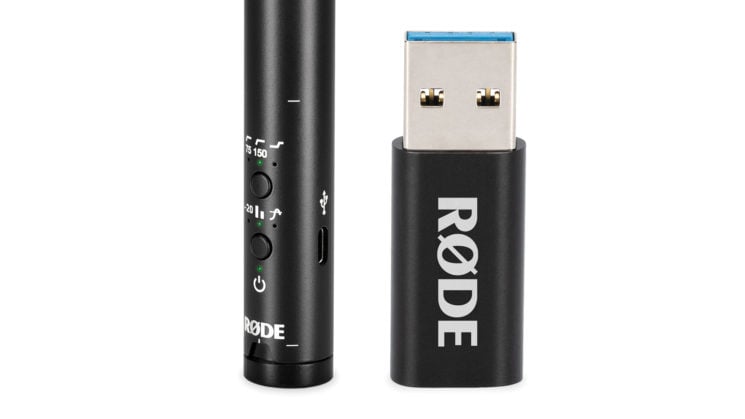 This means that you can plug it straight into your laptop or desktop as a USB microphone. Or you can plug it into your phone if it lacks a 3.5mm socket and supports USB microphones. A Type-C to Type-A USB adapter is also included for those who want to plug it into a computer that doesn’t possess a Type-C socket. This feature alone makes this quite a valuable microphone for many streamers, podcasters and YouTubers, even if they never mount it to a camera. And when you’re using the USB output, the 3.5mm socket doubles up as a headphone jack for monitoring.

For those who do want to mount it to a camera, though, it comes with a Rycote Lyre shock mount that goes into your camera’s hotshoe. This helps to remove handling noise and features a sliding rail to help you get the best placement of your microphone to pick up the subject in front of it without it encroaching into the shot if you’re using an ultrawide lens. 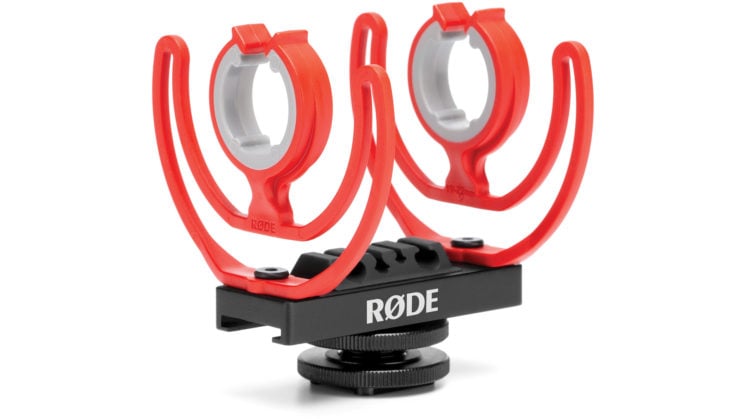 Controls include a high-pass filter, a -20dB pad, high-frequency boost and a safety channel. The safety channel is extremely useful as it sends out two copies of your audio at different levels. One is your regular recording level, and the other is reduced. This way, if you’re recording and things suddenly get very loud and your main audio clips out, you’ve still got that other channel as a backup.

The VideoMic NTG is a powered microphone, but you don’t need to mess around with AA or 9v batteries. It features an internal lithium-ion rechargeable battery which Rode says offers around 30 hours of use and only takes 2 hours to charge over Type-C USB. And it automatically senses whether the camera it’s plugged into is turned on or not, too, so it will turn itself off in order to conserve power. 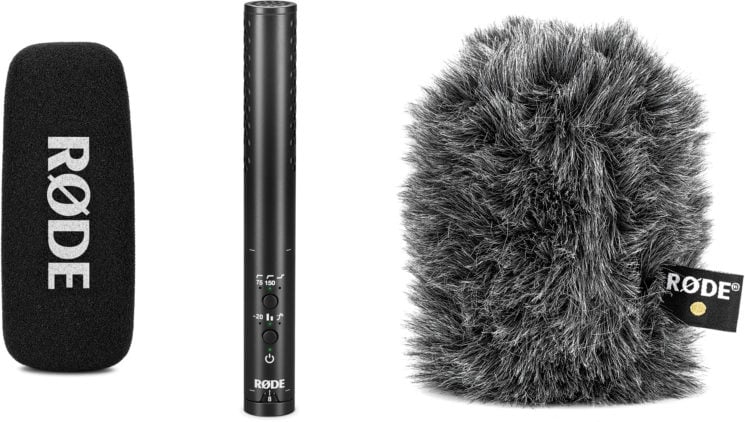 When it comes to versatility, it seems to offer it all, particularly for YouTubers and vloggers who may be recording both on the go and at home by the computer. When you are away from home, you can stick it on top of the camera, or you can also put it on a boom pole or pistol grip, too. It comes supplied with a foam wind cover for battling the elements.

Update: The fluffy deadcat winshield is the new Rode WS11, with which the VideoMic NTG is compatible. It is a separate purchase.

I’ve been debating whether to finally replace my trusty VideoMicro with a VideoMic Pro Plus for the last few months. I just need something powered with a stronger signal to try and overcome the crappy pre-amps found in most cameras. I think I might have to go with one of these instead, especially if it delivers a similar flat response as the NTG5.

The Rode VideoMic NTG is available to order now for $249 and shipping in a few days.