The Rode Videomic NTG is the new top of the line mic form RODE, and it packs quite a few interesting features. It’s part of the VideoMic series which is usually for on-camera use, but it’s also an NTG which is usually used for the company’s high-end mics. We tested the microphone, and we can see why it’s both an NTG and a VideoMic. For our thoughts on the features and on the sound quality, hit the jump.

The first thing I noticed is the high-quality build of the mic. Unlike the Videomic pro+ that feels kinda plasticky, the Videomic NTG is all made out of aluminum and feels really sturdy. 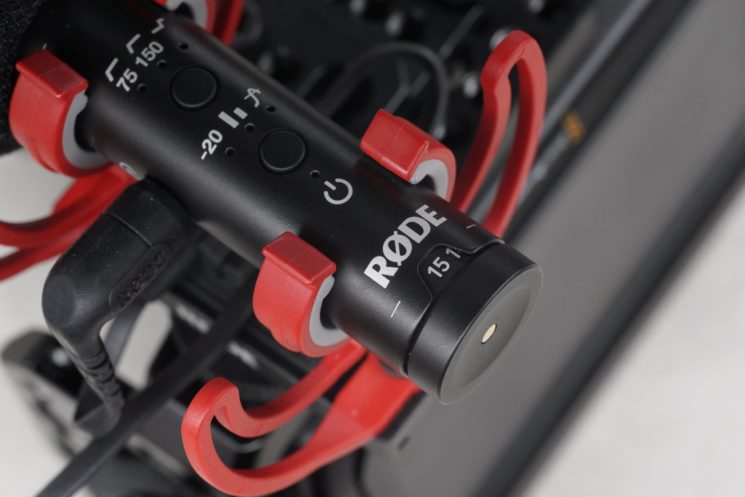 The VideoMic NTG has the usual Rycote Lyre support to reduce handling noises, but it also has a set of snaps to dampen any cable noises.

The mic comes with a 3.5mm output and a digital USB-C output. You can use the digital output to connect to a computer. But you can also use it if some reason you can’t monitor audio on the camera. Or even if you just need a quick reference. It’s also useful for when you run and gun or when your camera doesn’t have a headphone port.

Another great feature for running & gunning is the safety channel. When you record,  the mic will actually output two separate channels, the first one is just the “regular” gain. The second channel outputs a 20db lower stream to save you when the audio clips. Speaking of clipping,  there is a little blinking light that goes off when it gets too loud for the mic. 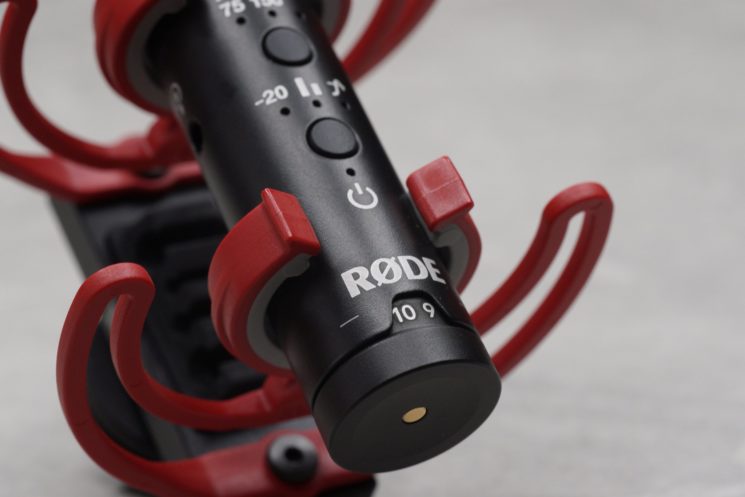 Looking at the controls the NTG has all the controls that the previous VideMic Pro+ has like the 75 and 150 low pass cut, but it does one better for gain control.

The Pro+ has a button to select +10 or -20 db, the NTG has a -20db option. But it also has a dial that you can use to precisely nail the gain to your preference. For example, you can turn the knob all the way up to avoid using the internal camera pre-amps which are usually pretty crappy.

Comparison with other microphones

We did three tests for these microphones: 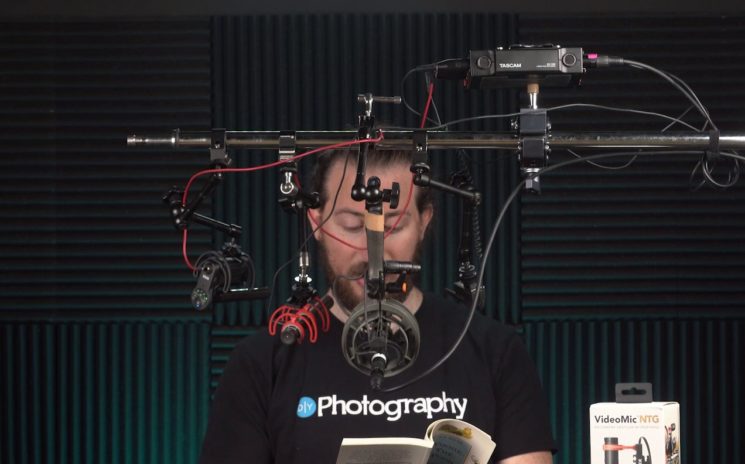 1. The first test is to hear the sound quality and signature of each microphone. We’ll be speaking into the microphone very closely so that nothing can disrupt the quality of the audio.

I love the sound stage of the NTG. It is very balanced, rich, flat and clear. At least for my ears, it has a very similar signature as the MKH416.

2. The second test is about rejection. How well the microphone picks up what in front of it, while ignoring what’s behind it. We did this by setting an Ultimate Ears BOOM 2 pretty loudly between the camera and the mic rig. The microphones are directed away from the speaker so my voice should be pretty clear. Here too, the VideMic NTG aces the test. The MKH416 is pretty similar in performance.

3. The last test is a signal-to-noise ratio test. In this test, we’ll hear the noise that the microphone makes by itself. This is called the noise floor. The less noise you hear, the better the microphone. If you recorded your audio too low, you’re gonna have to fix it in post. When you raise the gain, you also increase the volume of the noise. Good mics have a low noise floor, so when you amplify in post, you don’t hear a hiss. Especially when it’s quiet.

Again we’re impressed with the NTG, the noise floor is far ahead of the other two mics and very close to the $1,000 Sennheiser.

Out of the four; the RODE Videomic NTG is hands down the best value for money. The NTG tails the 416 at only a quarter of the price. It has a nice flat and desirable sound signature. It has great clarity and directionality. It also performed about as well as the 416 in terms of signal to noise ratio.

The MKE 416 probably has the best sound of the mics we tested. It’s no wonder this microphone is so loved by the film industry. But there are other considerations as well. The price of the 416 is about quadruple from the NTG at $999. It’s also relatively heavy and big, which makes it unsuitable for mounting on top of a camera.

If you compare the NTG to the 416 they both sound amazing, but the NTG is still slightly behind. On the other hand, the 416 just isn’t as versatile as the NTG.

Using this mic has been such a pleasant surprise. Between the size of the microphone, the weight, and the design, it can adapt to so many different situations.The Rode Videomic NTG makes a great on-camera mic and a very high-quality boom mic. At $250 it wipes out any competition in its price bracket.

Alright guys thanks for watching, I hope you enjoyed watching this video. If you did, make sure you hit that like button, and consider subscribing for some more awesome content. If you have any questions, hit us up in the comments below. I’m Adam Frimer from diyphotography.net and i’ll be seeing you, in the next video.