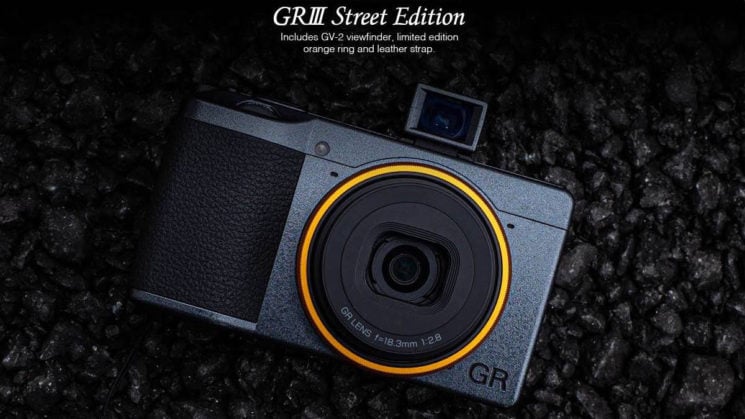 The Ricoh GR series cameras have become extremely popular amongst street photographers over the last few years and have picked up a very loyal following. Those who have them love them and swear by them. The Ricoh GR III feels like it’s built specifically for street photography and when you look at some of the images they can make, it’s easy to see why.

Well, now, Ricoh has announced a new limited edition Ricoh GR III “Street Edition” kit which, as well as the camera includes a viewfinder module, a leather wrist strap and a rather obvious bright orange ring around the lens.

The GR III Street edition is functionally identical to the original GR III, except for one feature that will be coming to a firmware update for the standard Ricoh GR III soon. The only real difference is the metallic grey paint job and the bright orange ring around the lens. And while there is a $300 price difference between the two, what you get in the box is also a little different.

The Ricoh GV-2 mini external viewfinder is a $250 extra purchase on the standard GR III camera, bringing your total up to around $1,150. The GR III Street Edition is $1,199, and that extra $49 gets you the leather wrist strap and a different coloured ring around the lens. So, they haven’t quite pulled a Leica by just changing the colour and adding $500 to the purchase price. They’ve actually added some extra value in there, too. 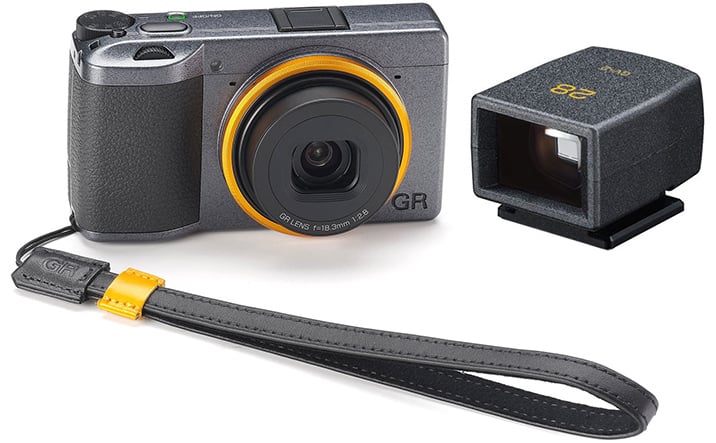 The Ricoh GR III Street Edition, Ricoh says, is a limited edition kit, and only a small quantity will be made. They don’t say exactly how many there will be in this limited run, although it’s available from all of the usual places, and can be pre-ordered now for $1,199.

I have to admit, I’m not sure why the Street Edition would be more appealing for street photographers than the standard model GR III. The goal of most street photographers is to go unnoticed while shooting away. One would think that a bright orange ring around the lens just screams “LOOK AT ME!” more than let you blend into the crowd.

But I’m sure it’ll be popular, particularly amongst Ricoh GR II fans that have yet to make the upgrade to the newest model.

The Ricoh GR III Street Edition is available to pre-order now for $1,199. No word on exactly when it’ll ship yet.