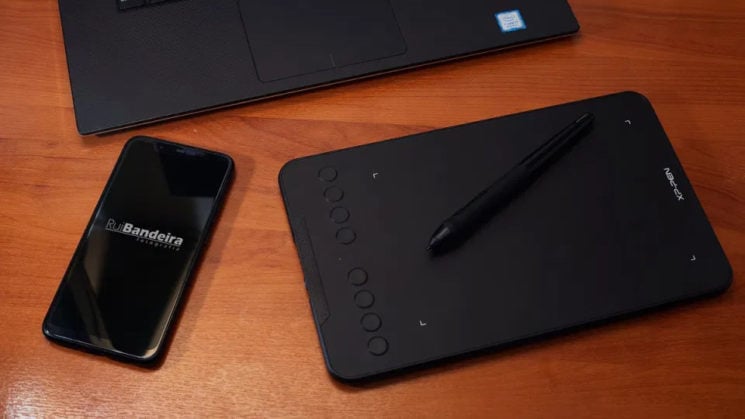 XP-Pen has just launched its new tablet, the Deco mini7W. It’s a small but powerful table and the fact that it connects wirelessly to the computer makes this tablet much easier to use and much more versatile. I just had to test it, and when XP-Pen sent me this one to test, I was completely delighted with it.

I’ve been editing my images with a pen for a long time. With the mouse, I can’t get the level of control and detail that a graphics tablet and a stylus pen can give me. Working with a stylus pen is, for me, much more natural.

I always used tablets from another brand because for a long time, I always thought that there was only one really good brand of graphics tablets, however, now I realize that I was wrong, XP-Pen is, without any doubt, a brand to be taken into account in this market. XP-Pen has several models, some with a monitor, others without, large models and small models, wired and wireless models.

I chose the Deco mini 7W because I´ve always preferred small graphic tablets, I prefer to move the image, inside the Photoshop window, or other editing software, and keep my hand in the same place, and even then, with small graphic tablets I end up using only a small part of its surface, I would say about 10%.

The fact that this tablet is wireless is also an advantage, because while I edit I usually change the position of the tablet many times, to achieve a more comfortable stroke, and the cable always disturbed me a little, because whenever I changed the position of the tablet I had to fix the cable, with the Deco mini7W I don’t need to worry about it, and I can move the tablet however I want, I can even move further away from the computer and continue editing without problems.

As I showed in the unboxing video, in the box you will find, in addition to the Deco mini7W itself and the stylus pen, a Type A to Type C USB cable, a Type A to Type-C USB adapter, a Type A to micro USB adapter, which are used to connect the Deco mini7W to an Android mobile phone or tablet, a package with 11 extra nibs, although XP-Pen announces 10, which adding to the one already installed in the pen makes a total of 12 nibs. It also comes with a tool to remove the pen tips and of course the wireless adapter. 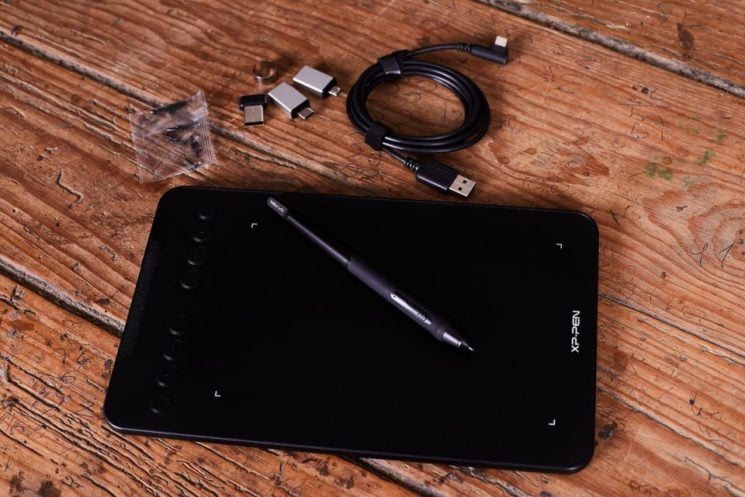 As soon as I removed the Deco mini7W from the box, I immediately realized that the construction quality is of the highest level, the table is robust, the plastic used is pleasant to the touch, the active area has a fantastic texture, the buttons have a short stroke which makes them fast, and they also have a robust feeling like the rest of the tablet.

The pen was what impressed me the most when I was taking everything out of the box, it is extremely comfortable, much more comfortable than the pen, from another brand, that I used until now.

The Deco mini7W software is very easy to use, once installed we just need to connect the Deco mini7W to the computer and the software recognizes it, and we can start using it or, ideally, we can configure the pen to our needs.

Also, the tablet can be configured to use its entire active area or to use an area proportional to the screen, or we can choose to use only a small part of the table, which is the configuration I use.

In the software, we also have the possibility to configure the stylus buttons, the available options for the two buttons are: Off, right-click, left click, to replace the mouse buttons, eraser, run a program, where we can choose any program installed on our computer, and function key, when we choose function key another window is opened, in the software, to choose, for example, a key combination, which is very useful in Photoshop, because we can activate the shortcuts we use regularly by clicking on one of the pen buttons.

On the left side of this window we have the sensitivity and pressure control, where we can adjust the stylus to the way we like, we can have more or less sensitivity and we can increase or decrease the pressure.

It is also possible to choose the orientation of the table, we can work with it horizontally or vertically and we can have the buttons on the right, left, top or bottom. 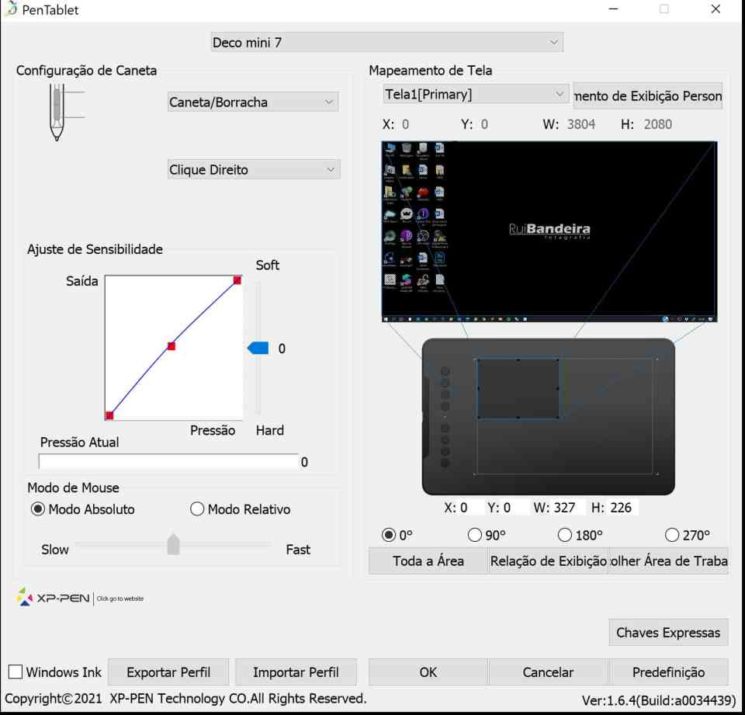 When I first opened the box of the Deco mini7W, the first thing that impressed me the most was the stylus, as soon as I took it I felt it was light and extremely comfortable, after testing it, for the first time, I realized that it is very balanced and accurate, with this stylus I can edit much longer without fatigue, the stylus I used until today, from another brand, is much more uncomfortable, it forces me to put more strength in my hand, which led to early tiredness.

This Stylus has 8192 pressure levels which allow us to make very smooth or very strong strokes using only the pressure we apply to the pen, this pressure can be configured in the software, to fine-tune the pen to our taste or our needs.

The pen has two buttons, which can be configured in the software, as already described above when I talk about the software.

The pen doesn’t use a battery, so we don’t have to worry about charging.

In addition to the weight, what makes this pen very natural is the fact that it can be used with a 60º tilt, making the use very similar to a normal ink pen. 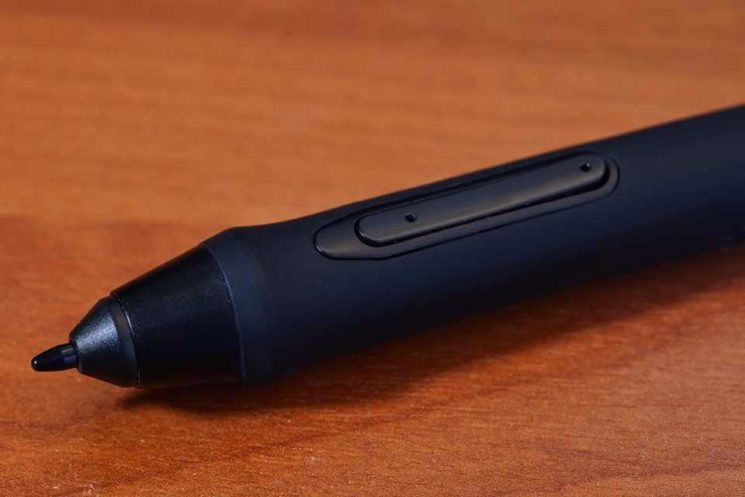 The tablet and the programmable buttons

The Deco mini7W is very well built, when we take it we realize that it is robust and very pleasant to the touch.

The base is 260.2 x 162.2 x 9.3mm and weighs only 330g, the active area, for the stylus is 177.8×111.1mm, I use only a zone of about 60x50mm, in the upper left corner. At the rear, there is a large anti-slip base, in each corner, which gives good support and stability. In the front, we have the active work area and 8 buttons that can be fully configurable, as already described when I talked about the software and two indicator lights that tell us the status of the connection and the battery level.

The tablet has a pleasant texture that allows a controlled slide of the stylus, it is neither too stuck nor too slippery, which helps us to control the stroke.
On the side, we have the power button and a USB-C port that can be used to charge the tablet or to connect it to the computer by cable. The Deco mini7W comes with an internal 1000mAh lithium battery. It takes 2 hours to fully charge and lasts about 10 hours of work. When in standby it lasts approximately 15 days. 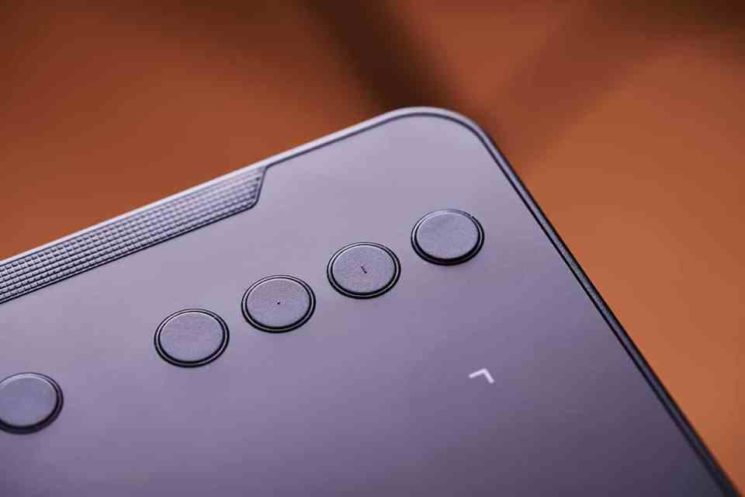 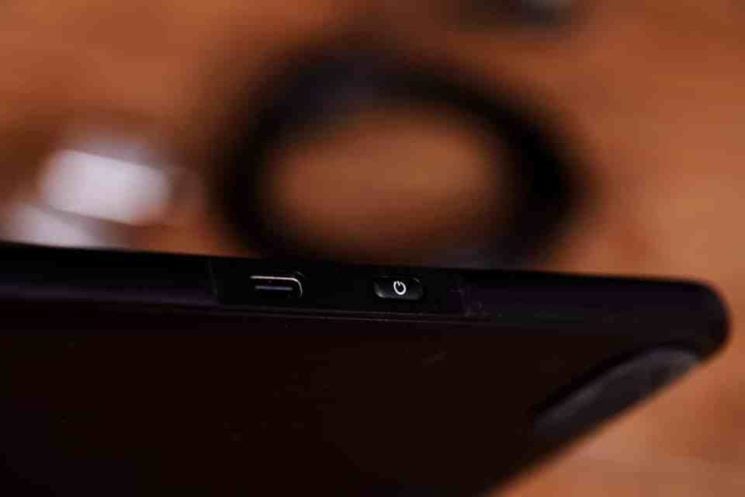 The XP-PEN Deco mini7W is an excellent option for those who need a robust, reliable and high-quality tablet, the 8192 pressure levels are perfect for editing photos, to achieve the most delicate or aggressive touches, it has an incredible price, and the versatility of the 8 configurable buttons give this table the ability to adapt to our workflow quickly and efficiently, the battery life is very good, but even if we forget to charge it we can always use the cable.

I would like to have a way of transporting the stylus, maybe a box or some way of securing it to the tablet, and I also would prefer that the tip removal tool was different, I am sure that I will lose this tool quickly, maybe a solution fixed on the tablet or on the stylus itself was ideal, but these are details, the most important is the way of working and in that the Deco mini7W is fantastic.

The XP-Pen Deco mini7W is available to buy now for $59.99, which, for a table of this quality and with this pressure levels, it’s fantastic. You can get it from Amazon, although I also have an exclusive discount code if you wish to buy it from XP-PEN’s AliExpress store.