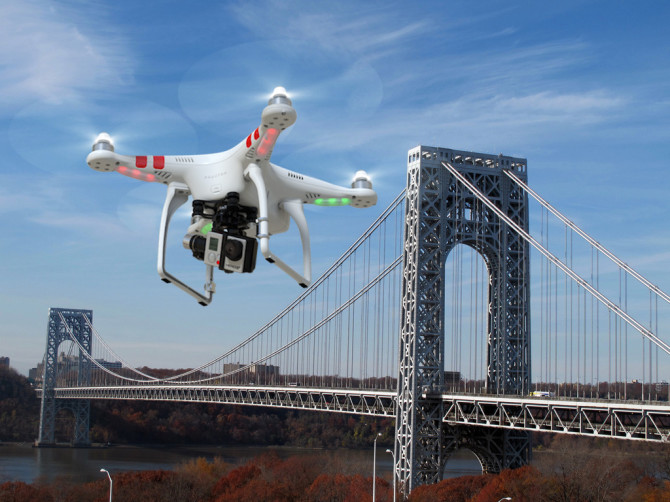 Yesterday we shared a story about a couple of drones flying at an NYPD helicopter and putting it at severe risk. Well guess what, A recording from LaGuardia airport Air Traffic Control tells a different story all together.

Yesterday’s story was about two individuals, Remy Castro and Wilkins Mendoza, who were flying their quadcopters  over George Washington Bridge in New York while a police helicopter was patrolling the area. Yesterday, the story was about how the helicopter had to take evasive action to avoid a hit. Remy and Wilkins were arrested.

Today, Motherboard shares that a recording of the air traffic control from LaGuardia airport was posted by the website liveatc.net. Hear below.

This recording suggests a different story by which the police helicopter  was not at risk until it willingly approached the quadcopters.

Not only that, it seems that the police were not even sure if the quadcopters were indeed violating the law. On the recording we hear the police say: “You know, we have the guys who were operating them. We really don’t know exactly what we have, maybe a reckless Not sure what exactly we got” which is later answered with “Seems to me, if they were at 1,000 feet, they’d have to be operating that thing recklessly, regardless of whether or not it was a toy.”

While the only eye evidence of the incident is from the cops, and they claim that the helicopter was indeed in risk, nothing on that night’s recording supports that.

The New York Daily news talked with one of the pilots and his brother and they say that:

We have video proof that we are not following him, he’s following us. He’s endangering our lives and himself by following us

I am not sure that we can untangle this Rashomon here on the blog. What we would like to see is NYPD or the FAA issuing clear cut instructions (similar to the ones we covered with the UK and Canada) to make it clear what is allowed and what is forbidden.

[via Motherboard. Thanks for the heads up, Shachar | illustration based on photo by (cc) Kristine Paulus]

« DIYP Interviews The Amazing (And Slightly Crazy) Richard Terborg
Don’t Have a Polarizer? This Tutorial Just Might Convince You to Get One »