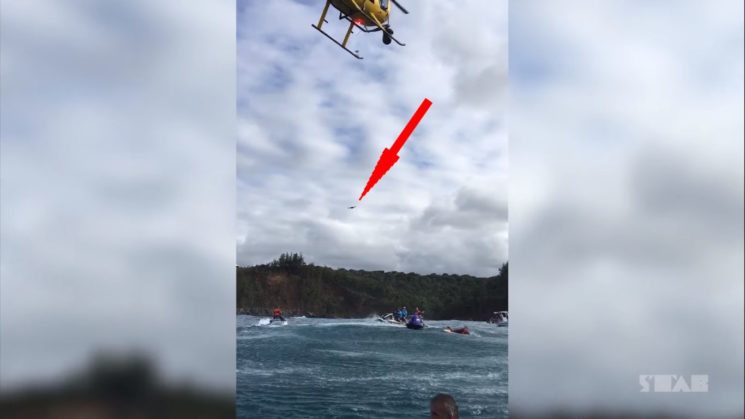 At the World Surf League (WSL)’s surfing event last year, someone tried to film the surfers with a drone. Water patrol tried to knock it down by throwing swimming fins and other stuff at it. But then, the chopper appeared. Thanks to its downwash, it sent the drone down into the ocean in literally one second.

We’ve seen plenty of different methods of knocking the drones out of the sky: trained eagles, drone-catching drones with giant nets, shotguns… And now we have helicopters too, apparently. While flying a drone over crowds of people is dangerous and against the FAA rules, some YouTube commenters have pointed out that the helicopter pilot is endangering people far more than the drone. It’s flying way to close to the crowd, plus, the pilot damaged someone else’s property by knocking the drone down.

If you ask me, neither flying a drone or a helicopter that close to a huge crowd is a good idea, because someone might get hurt. But if I had to choose, I’d certainly go for a drone buzzing over my head than a huge chopper.

What do you think, who should be prosecuted for irresponsible flying here?

Watch a helicopter magically levitates with frozen rotors, and understand why it happens

Recording Shows, NYC Drone Incident Was Not Risky To The Helicopter