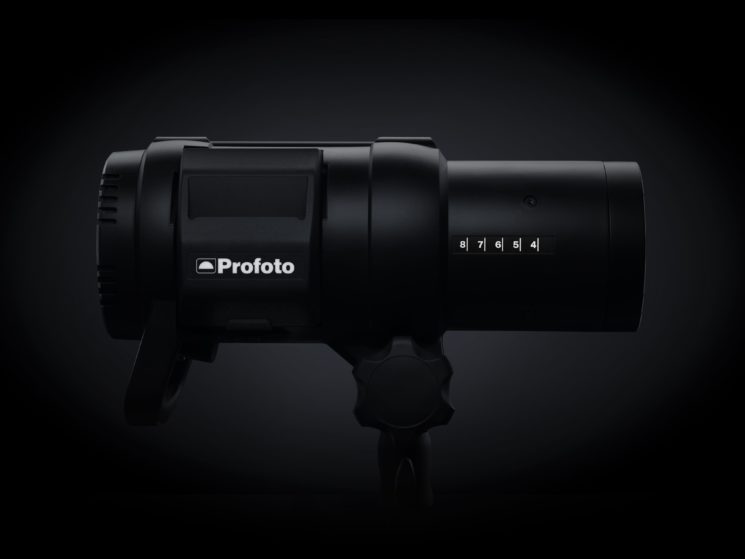 Profoto are calling the B1X the “new benchmark for on-location lighting”. And if it’s true, then it’s about time. Given that the $600 Godox AD600 seemed to keep up with the triple-the-cost Profoto B1 just fine, they sure needed to do something. And so they have.

The new Profoto B1X has a bigger battery, brighter modelling light and increased power range when shooting high speed sync. And it keeps the same price as its B1 predecessor.

Power seems to be the biggest improvement with this light, especially when it comes to high speed sync. Not much of a surprise, though. High speed sync has started to become far more popular as strobes have started to add the capability. No longer limited to puny speedlights, we can now use big octaboxes in bright sunlight. I regularly do it myself with a pair of Godox AD360II.

Of course, the B1 also supported high speed sync, but with a more limited capability. You had to be at least quarter power, and on some camera brands, at least half power. This was a common frustration for B1 users who liked to take it out on location. Now, the B1x extends this to provide 9 whole stops of adjustment when shooting high speed sync all the way up to 1/8000th of a second. 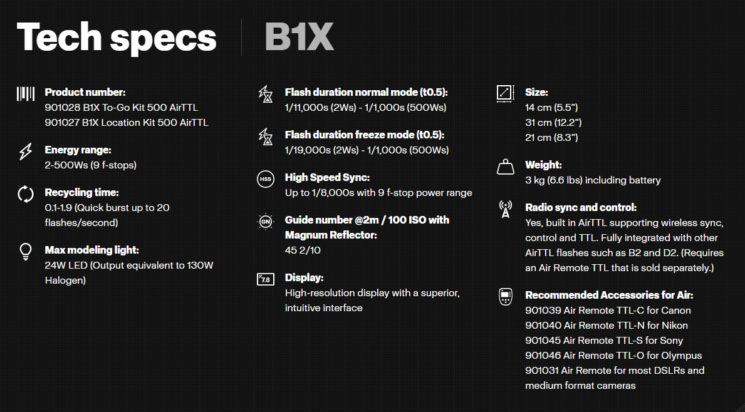 Photographer Tim Kemple got to give the B1x a good workout on location in Mallorca. It looks like it handles the extreme situations pretty well. Although, the B1 also handled them fairly well, too, so one would hope so. That camera fumble totally looks staged, though.

The modelling light of the B1x has seen an 80% boost in power over the B1. This sounds quite impressive, but in reality that’s less than a one stop difference. Whether it’ll be enough to make that much of a difference remains to be seen.

There’s a new “Mark II” version of the battery, which bumps the 500Ws strobe up from 220 full power pops to 325. Of course, the new Mark II battery will also go onto the original B1 unit, as well. So, if you’re already a B1 owner who’s happy with the modelling light and HSS capabilities, you may be best off just buying new batteries.

Like the B1 it’s compatible with the (available separately for $419) AirTTL remote for Nikon, Canon, Sony or Olympus. No joy for Fuji owners yet, which may give Godox the edge with the growing number of X system users.

It’s an impressive looking unit, both on paper and in Tim’s video. The B1, though, was already quite impressive. While Profoto are describing it basically as the best thing since sliced bread, it’s really only an incremental update over the B1. But at least the price is the same.