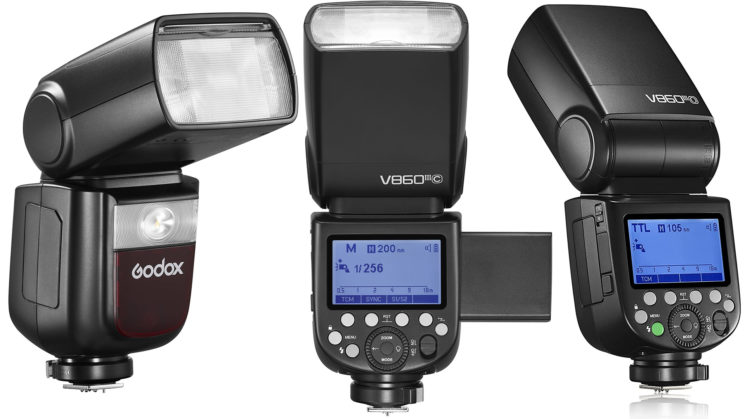 First leaked way back in January, Godox has now finally announced the long-awaited Godox V860III speedlight. As expected, the final specs match up almost exactly with those leaked in April, and it’s available for all of the systems Godox supports, including Nikon, Canon, Sony, Fuji, Olympus/Panasonic and Pentax.

The new Godox V860III introduces a new feature for Godox speedlights; a modelling light. It also starts to unify the battery system amongst the Godox lithium-ion powered speedlights by using the same battery as the Godox V1, as well as the quick-release foot. There’s now also a TTL/Manual switch on the side to help you more easily make quick adjustments.

The Godox V860III features a Type-C USB port for upgrading the firmware and a 2.5mm sync socket for when you need to go wired. The TTL/M quick switch above these, as the name might suggest, allows you to quickly switch the flash between manual and TTL mode, presenting you with appropriate adjustment options for each, so that you don’t have to go digging through menus to swap between one and the other.

On the front, we see the new modelling light. It’s a nice idea, although I’m not sure how effective this would be unless you’re using your speedlight completely bare with no modifiers. If you’ve got a diffuser over the Fresnel lens on the speedlight head or the head isn’t pointing straight forward, then the modelling light isn’t going to accurately represent what you’re seeing and if you’ve got it in a small 24″ softbox, the modelling light isn’t even going to light up your subject because there’s a softbox in the way.

The battery has been switched over to the same Godox VB-26 battery found in the Godox V1. Well, technically it’s the VB-26A, but it’s exactly the same form factor and should be interchangeable between the two. This means that, hypothetically, it should also be compatible with the Godox AD100Pro – and offers the same voltage and mAh capacity as the Godox WB100 that comes with the AD100Pro.

Interestingly, while the overall mAh of the new battery (2,600mAh vs 2,000mAh) is higher than that in the Godox V860II, the voltage is lower (7.2v vs 11.1v). This means that the overall Watt-hours capacity is actually lower on the new battery, coming in at 18.72Wh vs 22.2Wh for its predecessor. Despite this, Godox has managed to retain the same 1.5 second recycle time, although the maximum number of full-power flashes on a full charge has dropped from 650 on the V860II to 450 on the V860III. 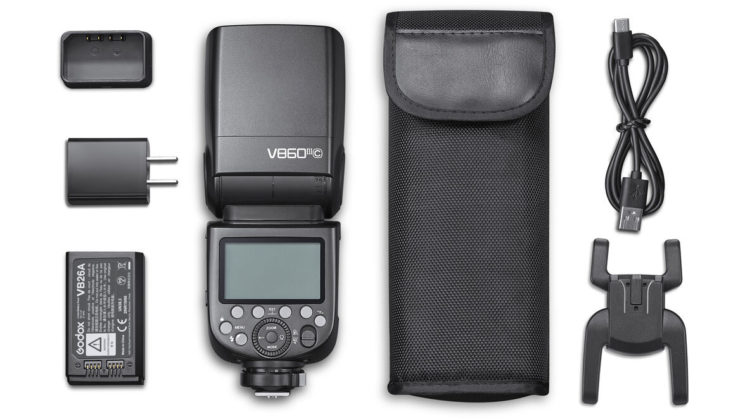 Despite the lower number of full-power flashes, though, Godox’s effort to unify the batteries in their speedlights and small strobes is definitely a welcome goal. If you’re walking around with a V1, a couple of V860III and an AD100, you won’t have to charge and keep track of multiple different types of batteries. You can just charge up a whole bunch of the same type and use them in whichever needs it.

Another very welcome addition to the V860III is the quick-release foot, which it has inherited from the Godox V1. I’ve got the Godox V1, as well as a bunch of other Godox speedlights, and when I’m forced to use a speedlight on the hotshoe, the Godox V1 is pretty much my go-to, purely because of the quick release on the foot. If you’re regularly swapping cameras or taking the flash on and off your camera’s hotshoe, this makes things an absolute breeze – which can be vital in a busy and hectic event or wedding environment. 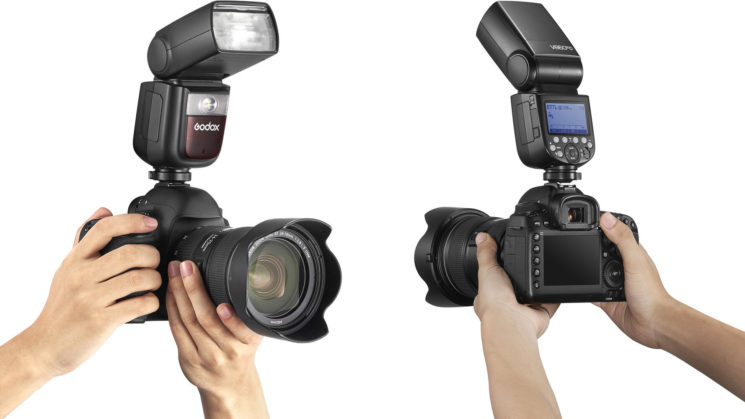 Overall, I think the biggest practical changes for most will be that quick-release foot, the TTL/Manual switch and unifying the batteries. I’m not entirely convinced that the modelling light will be all that practical for the majority of users. Perhaps it could work well as a visible AF assist, to give your eyes a better view while focusing, rather than the usual red grid array (which works well with autofocus, but isn’t usually easy to see with your eye).

Naturally, the V860III is compatible with all of the other Godox 2.4Ghz gear, so you can mix it with all your other Godox lights and fire it with the XPro, X1T, X2T (or any of the Godox speedlights that can act as a commander). Externally, other than the modelling light, the extra switch on the side and the foot, it looks pretty much identical to the V860II.

Whether or not those things are worth the expense of replacing all your V860II speedlights with V860IIIs – especially given the price difference and the reduced overall battery life – is up to you. Will you be upgrading?

The Godox V860III is available to buy now for $229 in Nikon, Canon, Sony, Fuji, Olympus/Panasonic and Pentax flavours.

The Godox V860III is on the way with improved UI, foot lock and (maybe) an LED modelling lamp