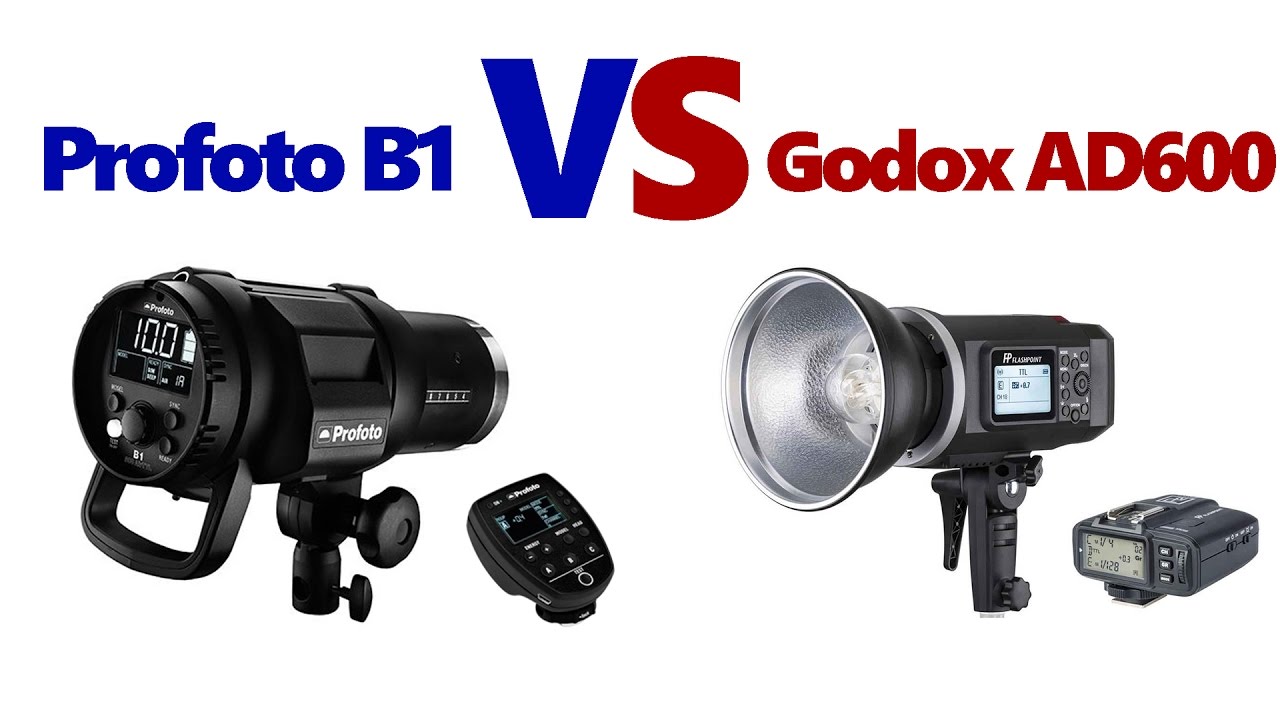 Here is something I did not see coming. Photographer Robert Hall did a full comparisson between the $600 Godox AD600BM* and the $2,100 Profoto B1.

While you’d think that the Profoto will nuke the AD600, this was not the case at all, and in most parameters it either won the battle or stood up fairly well. There was one exception to that, and I think that it’s one of the main reasons that the B1 is so0 much more expensive. 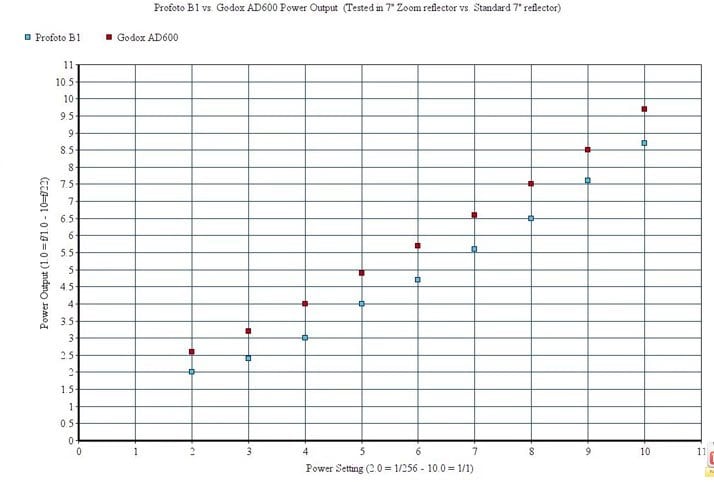 Of course the obvious (and easiest) thing to test is light output. And the Godox was surprisingly better on this one, both with total power and at output range (about one stop more). This may seem like a small thing with an 8 stops range system, but think about how much you would pay to gain an extra stop with a lens. (yup, it’s not the same, but kinda gives you an idea on what 1 stop means).

Another thing was power accuracy and on this parameter both systems performed pretty similarly.

The last thing is HSS which on the profoto only works at full power and on the Godox can be done throughout the range.  I am not sure if that really matters as you usually use HSS at full power, but it’s a note, nonetheless. 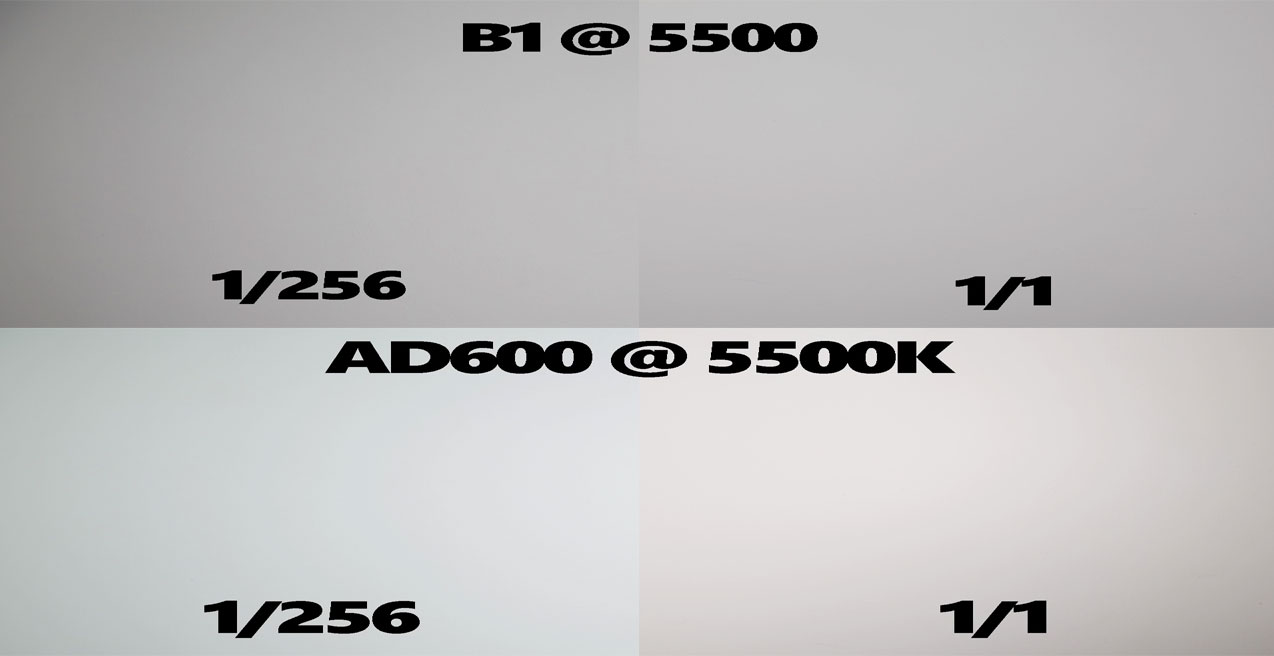 For me color accuracy is a big thing and this is one of the main failures of the Godox. While the B1 was pretty consistent (within a 50K range), the Godox was all over the place (300K variance). If you shoot mostly black and white, this should be no issue. If color reproduction is important to you, this will be a crucial aspect and will save many post processing hours.

I think that this is one of the main reasons for the added cost. getting accurate color is expensive. Now, I don’t know if this is worth 3.5 times more the money – this would be totally up to your workflow and needs. 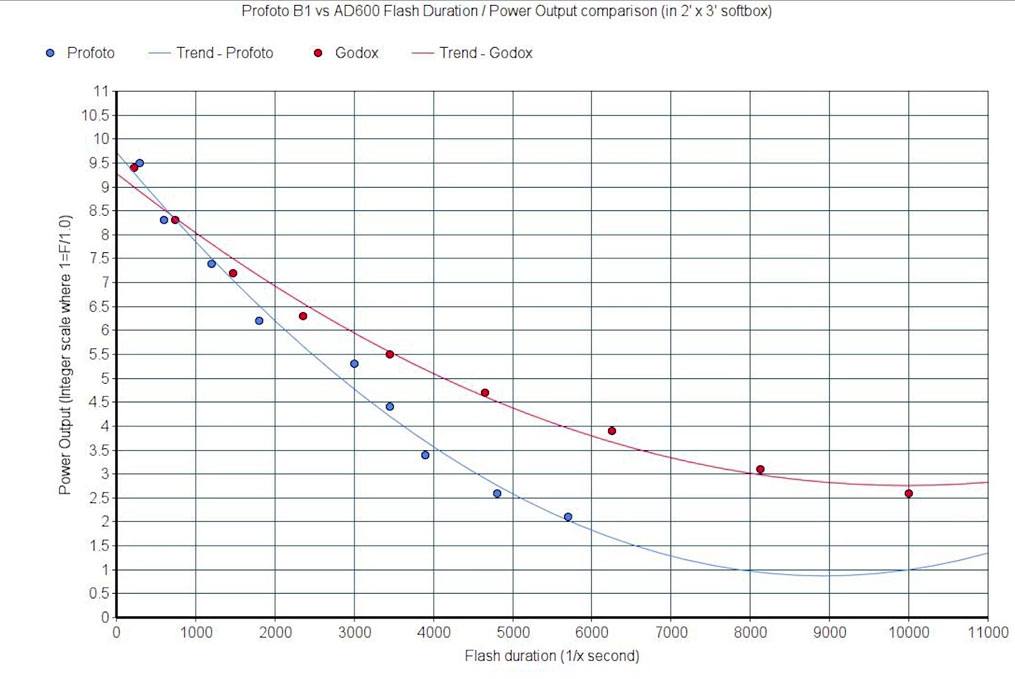 This came as a shock. The B1’s claim to fame is their short flash duration, but this chart shows that the T.5 for the godox is actually better. My understanding of the video is that there is no test data, just spec comparisson. Tt would be very interesting to put those specs to the test.

If your workflow involves gels, the B1 is definitely superior. The bulb does not stick out, so you can easily gel the strobe, rather than the modifier. For the AD600, you would need a hack, Robert uses a silicon band, but it is hardly optimal.

With other modifiers, though it’s a more complex story. Profoto modifiers are very solid and pretty well engineered, they are also an arm and a leg. Just to get a sense of it, a profoto 2’x3′ Softbox is around $200, a similarly sized softbox from godox is only $38. Is the Profoto softbox better? Could be. Is is five times better? I doubt it.

As an overall system, Profoto are pretty much a closed garden. Prophoto only likes profoto gear and they only have studio heads. The Godox is a bit wider system, and in the system alone, you have monoblocks, strobes, and hybrids. There are other advantages: The Godox can run either on battery or on wall power, where the Profoto can only work on battery. And lastly, the Godox has an accessory to move the bulb away from the head.

Considering the information above, which would you get? The B1 or the AD600?

* Robert actually compared the B1 with the FlashPoint XPLOR600 which is Adorama’s branding of the Godox system.

« DEADPOOL: the making of a superhero
Quick Tip: How to get X12 more time than the Sony camera battery »