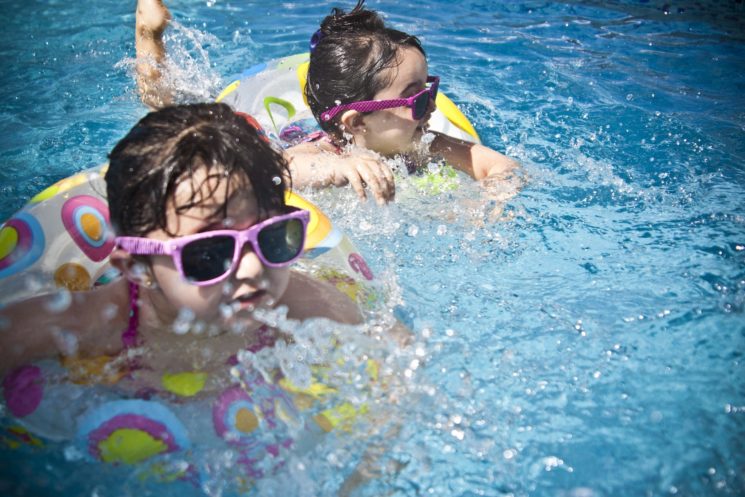 When you see thousands of “perfect” images on Instagram, it’s easy to think that other people are living lives that are better than yours. But a recent Facebook post from Jen Flint reminds us just how fake social media is and how easily it can fool you.

After seeing a mom staging a scene for Instagram by the poolside, Jen shared her observations with her friends. Her fantastic post quickly went viral, inspiring lots of young moms out there, but also sparking a lot of comments and critique.

In the post from 19 June, Jen described the situation she’d witnessed at a St. Augustine pool. She saw a mother and her daughter wearing nice matching swimsuits. As they entered the pool area, mom focused on her phone calls before setting up the scene. She spread out pool toys and sunscreen on a matching towel, took out a tripod and started snapping photos of her daughter and herself. Shortly after the perfectly staged photos and selfies, the mom allowed the girl to go swimming. After making another phone call, she picked up the sunscreen and the toys that weren’t even used that day, and she and her little one left the pool.

“I sat there thinking about what I’d witnessed for [a while] afterwards,” Jen writes in her post. “I imagined the photos she took being perfectly edited and posted to social media with a caption like ‘Pool time with my girly! #Makingmemories.’”

After witnessing this scene, Jen spoke out to all moms out there to remind them that what we see on social media isn’t always real. “Sometimes and often it’s a complete set-up. It’s staged and filtered and it’s counterfeit,” she writes.

“Sometimes we do see absolutely real photos of vacations and beautiful homes and freshly done hair but it’s only ONE moment. It’s the very best moment out of a whole day spent much like our own. Working, cleaning, and messes…

Mamas, don’t compare yourself. You ARE enough! You are amazing and the very best part is that you are REAL! Your dirty shirt and your messy house and your happy children are real and they are proof that you are doing it right!”

Jen’s post quickly went viral and it has over 134K shares and 2.2K comments at the time of writing this. Many parents gave her positive feedback and shared their love and support. However, some people interpreted her post in the wrong way. So, before I go any further, I need to note that Jen’s intention wasn’t to shame the “pool mom” or call her out. She even had to write a follow-up post two days later to clarify it.

“I, in no way, meant to shame or judge this pool Mama for her actions. I don’t know why she behaved the way she did and honestly I don’t care. I’m sure she had her reasons. We all do. She is just a Mama doing her best too. Shaming her was also not what my post was about.”

Personally, I also didn’t see Jen’s original post as shaming anyone. It’s merely a reminder that social media can be a big fat lie rather than an actual depiction of someone’s life. And even if it shows someone’s real life, it’s just one moment of it. “Preserving memories is often just as important as making them,” as Jen puts it. But staging a photoshoot that looks ideal and acting totally different in real life is not “preserving memories.” It’s called faking.

According to a study, Instagram can ruin self-confidence and mental health in teenagers. However, it can affect the adults too, and it can affect them big time! For example, more than half of plastic surgery patients decide to undergo the procedure so they can look better in selfies. While we’re at selfies, taking too many of them has even been proclaimed a mental disorder, and it’s not something that only hits teenagers.

There’s already huge pressure on women in this society, and it becomes even bigger once they become moms. They are expected to be “perfect” mothers, but also to look flawless at the same time. From what I know, most young moms are extremely worried and insecure, especially during the first few years after their child is born. They constantly question whether their parenting is good enough, and those “perfect” Instagram photos don’t help at all. No matter how reasonable they are, during this period many of them are vulnerable. So, those staged images could make them hear that little voice saying “you’re not good enough.”

This is why I think Jen’s post is an important reminder to all the moms out there. What you see on social media isn’t always real. You can never know what happened before and after that “perfect” photo was snapped, and it’s important to always have that in mind.

Celebrities are sharing photos for different social media in this viral meme format, and it’s hilarious