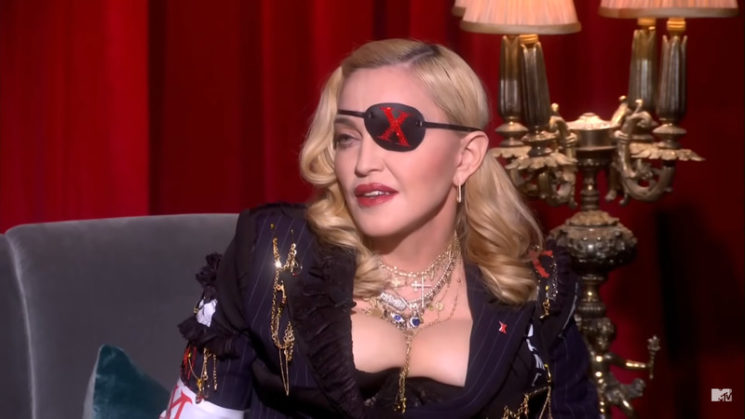 Instagram can have devastating effects on mental health and self-confidence in teenagers. There’s even a study showing how it affects their view of themselves and their lives. But it seems that even famous pop stars aren’t immune to the negative influence of social media. In a recent interview with The Sun, Madonna strongly criticized Instagram, claiming that it was “made to make you feel bad.”

The 60-year-old star opened up about her life, career, and family in the interview. But she also expressed her concerns about the popular social network. Madonna has nearly 14 million followers on Instagram, but she apparently doesn’t think well of the network. “You get caught up in comparing yourself to others. I think Instagram is made to make you feel bad,” she told The Sun. “People are really a slave to winning people’s approvals,” she added.

The singer added that the social media culture “runs people’s lives” and consequently makes it harder for upcoming stars to simply be who they are. “I was lucky enough to have a life as an artist before the phone and Instagram and social media,” Madonna says. “I did have that time to develop as an artist and a human without feeling the pressure of judgment of other people or comparing myself to other people.”

Apparently, Madonna isn’t the only superstar who has spoken up against Instagram. Interestingly enough Selena Gomez says that she doesn’t even have the app on her phone, but she accesses her account from someone else’s. Selena has one of the most popular Instagram accounts in the world with 152 million followers. However, she believes that “it’s just become really unhealthy for young people, including [herself], to spend all of their time fixating on all of these comments and letting this stuff in.” I find it interesting that both stars share the same opinion, but they belong to different generations.

I do agree with Madonna that people have become slaves to winning other people’s approval. With social media, this kind of behavior has “exploded.” And I can’t deny that it’s unhealthy to spend all your time on Instagram and compare yourself with others.

However, I don’t think that Instagram was “made to make you feel bad.” It was made with a different purpose, just like other social networks. The problem is what we’ve made out of it. It’s our own responsibility to use social networks to a healthy extent. It’s also our own choice whether and how we compare ourselves to other people. We choose whether to allow something as trivial as Instagram posts rule our lives and form our opinions. Just like everything else – Instagram will inevitably make you feel bad if you use it to excess and in an unhealthy way.