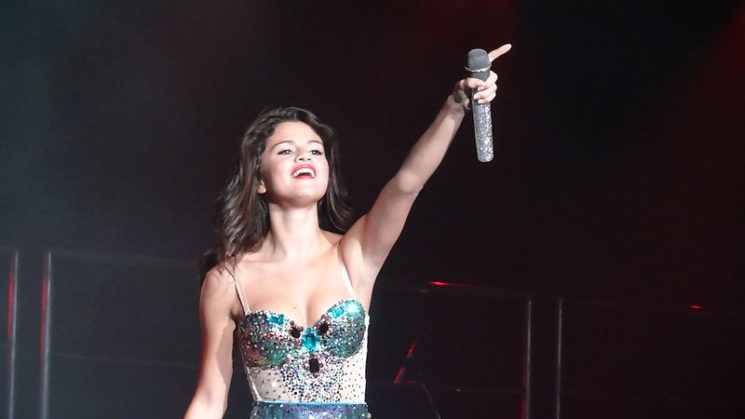 It’s not uncommon that one artist gets inspired by another artist’s work. But sometimes it’s more of an imitation than inspiration, and pop star Selena Gomez has recently been accused of plagiarism. After launching her latest video for Back to You and a series of promo images on Instagram, many people accused her of blatantly copying the aesthetics of photographer Sarah Bahbah.

People on social media first called out on Gomez for putting captions on photos and in the video, which is what Bahbah does in her work.

As a response, some users mentioned Tumblr, where captions on photos have been the thing since 2010:

Other than arguing about captions, some people have noticed that there’s more than that taken from Bahbah’s work. Some Twitter users accuse Gomez of plagiarizing the aesthetics of Bahbah’s images:

When it comes to captions only, I believe calling out on Gomez for plagiarism is ridiculous. I don’t think any artist has an exclusive right on putting captions on their photos, at least not that I know of it. However, when it comes to aesthetics, I have to admit that Gomez’s video and Instagram images really have the same melancholic “feel” as Bahbah’s photos. And I guess that putting those captions made it even more obvious.

I’m interested in hearing your thoughts: do you think Gomez’s video plagiarize Bahbah’s work? Or you see no resemblance?

« Paraglider accidentally drops phone from 2,500 feet – the ultimate drop test?
Should you become a professional photographer? Here are some pros and cons »