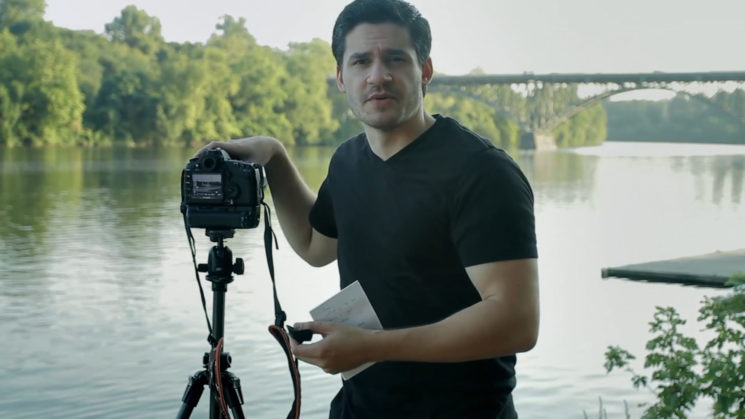 With so many timelapse films being created now, it can be difficult to make yours stand out. But those that do go viral often do not do so all by themselves. There’s a lot of time and planning that goes into them before the first frame is even created. Then there’s more effort that goes into their promotion after they get published.

Nathaniel Dodson of tutvid had one of his timelapse videos of Philadelphia go viral, earning him over $50,000. And while he hadn’t planned to make so much money from it, having it go viral was by design, not by accident. In this video, Nathaniel talks about his process for planning, creating and promoting his timelapse film, Philly is Ugly.

It’s interesting to hear the whole start to finish process from conception through planning, scouting, shooting and marketing the piece to get initial traction. Then the eventual licensing of the video.

Philly is Ugly was a personal project for Nathaniel made in the summer of 2013. He had an idea to shoot a timelapse film. But he wanted to create something that would appeal to residents of the city, as well as outsiders looking in. He also wanted to highlight some of his favourite areas of the city cinematically to appeal to the Hollywood location scouts. To try to raise the profile of Philadelphia a little. To bring more filmmakers into the city.

After researching timelapse films online, as well as maps and photographs of the city, Nathaniel set to work scheduling. He wanted his shots to have the right light, which would determine when in the day each segment was shot. He spent about three months shooting the project, totalling around 70,000 images capturing the city at sunrise and sunset each day.

After everything was assembled, edited and sent live, a marketing campaign was put into action. Nathanial contacted every magazine, newspaper, radio station, tv channel and blog he could think of. He also put it out through social media, trying to get as many shares of the project and as much engagement as possible.

An entire behind the scenes log was also created to document the entire creation process of the short film, too, which you can check out here. It goes into a lot of detail about every step of the process.

Within three months, it topped 100,000 views. It cost him around $2,500 to produce, and between licensing rights and commissions that came as a result of the film, Nathaniel earned around $50-60,000.

Not bad for a personal project, huh?