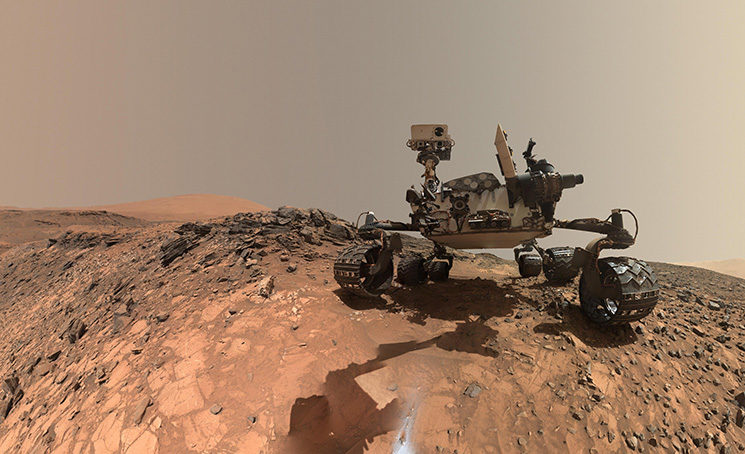 Selfies are so frequent that it’s not easy for them to capture our attention any longer. But when a Curiosity rover takes a selfie… on Mars… well, that’s another story.

The photo was taken in 2015, but it was recently shared on APOD, where it immediately caught my eye. The low-angle selfie shows the rover above the “Buckskin” rock target, where it collected a drilled sample. And although it’s just a machine, it kinda looks like some friendly robot snapping a selfie because it’s bored.

The selfie was taken on 5 August 2015, during the rover’s 1,065th day on Mars. Even though it looks like a quick snap, it’s actually a composite combined from dozens of images. It’s a crop from a larger panorama, also published on NASA’s website. 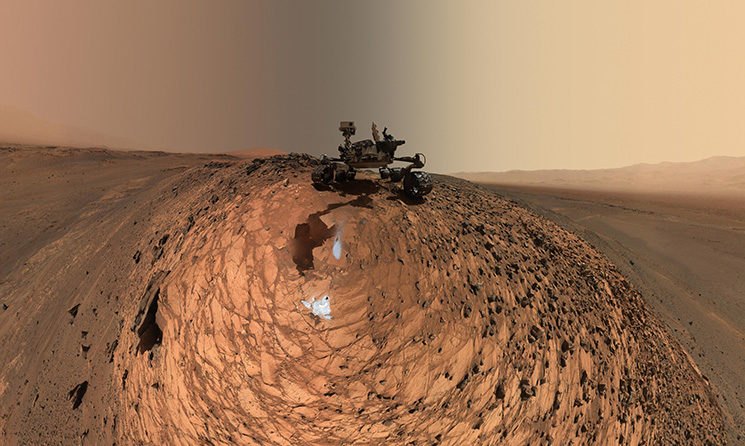 All the photos that make the composite were taken by Curiosity’s Mars Hand Lens Imager (MAHLI), mounted at the end of the rover’s robotic arm. As explained on NASA’s website, “the rover team positioned the camera lower in relation to the rover body than for any previous full self-portrait of Curiosity. This yielded a view that includes the rover’s ‘belly.’” The selfie doesn’t show the robotic arm, but you can see its shadow on the ground.

Now we still have to see whether Curiosity will get its own Instagram account. This selfie is out of this world (literally). And it would get plenty of likes, I’m sure of that. : )