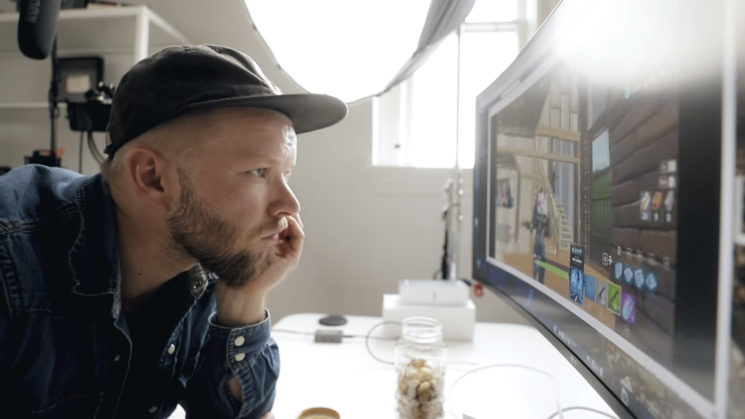 Planning videos might seem quite obvious, especially for bigger productions. You need to sort your location, your script, how many people you are going to be in it and what gear you’ll use. You’ll also usually block out your shots and have your talent rehearse.

But what about when it’s not a big scripted production? What if it’s a vlog? How do you plan one of those when you’ve no idea what’s going to happen? In this video, Matti Haapoja explores this topic and talks about how he plans out his vlogs to try to create some order amongst the chaos.

As a sort of case study, Matti looks at a vlog he posted last month with Peter McKinnon, So you want to be a filmmaker? He talks about the purpose of his video, the story he wants it to tell. He also talks about the elements of control he has over his day, and about the things that are out of his control.

Come up with a topic

This is the first part of the plan. What is your video going to actually be about? And “the topic” is different from “what you’re doing”. For example, Matt was in Las Vegas for NAB, but that’s not what his video’s about. It’s about becoming a filmmaker. And the topic isn’t dependent on the location.

Matti chose this topic because he didn’t have a clue what was going to happen once he was there. So he picked one that could be filmed just about anywhere. It just happens to be out on one-wheels in a desert ghost town.

The topic can be what you’re doing. But only if you know for sure that’s what you’ll be able to do. When the future is uncertain, pick something that isn’t dependent on it.

Once you have a topic, you need to think about what you actually want to say about it. It doesn’t have to be a complete script. It can simply be bullet point reminders. But do plan out what you’re going to talk about in advance. If you don’t, then chances are you’ll forget things that you had originally thought of. And you’ll also miss things that you hadn’t.

Use a 3 act structure

Pretty much all movies (not counting trilogies) have a standard 3 act structure. They have a beginning, a middle and an end. The beginning sets up the scene, introduces you to the characters (or, in the case of a vlog, the topic). The middle is where you learn what’s going on, the meat of the story. Finally, the end brings everything to its conclusion and wraps things up nicely. At least, that’s the theory. Some movie endings leave you with more questions than answers.

There are potential deviations from this, but if you need to be given this advice, then stick with it for now until you get the rest figured out, and then you can experiment.

Your content needs to have some meat. Some actual content. Something for the viewer to actually learn from and see your story unfold. Shoot lots of b-roll, shoot far more than you think you’ll need, by all means. It’s always better to have more b-roll than you need than not enough. Just think about which of those b-roll clips actually add to the message you’re attempting to convey. Don’t have more useless b-roll than useful content. Use it to tie different informative clips together.

Have a Gameplan, but be willing to improvise

In the real world with an uncertain future, you never know what’s going to happen. Things can pop up during the day that relate to your topic that you just can’t plan for. And things can pop up that are completely unrelated to the task at hand.

Matti suggests ignoring the things that aren’t related to the topic you’re trying to cover. But I’m not so sure that I agree. At least not in all cases, especially covering a topic that you can shoot anywhere. I think sometimes a new story can pop up during the day that’s more important, and can take over. If your original topic can be shot anywhere, then you can just do it somewhere else another day.

This can be very difficult to do, though, because you’re abandoning the plan, and trying to come up with a new one on-the-fly. And you’re footage can be more difficult to sift through at the end of the day. Some people can pull this off wonderfully, while others always struggle in these types of situations.

Personally, I’d say Matti’s advice is the best while you’re learning. Sticking with the plan makes for a more cohesive overall story. Once you get more experienced and learn to spot the stories as they unfold though, go with the flow and experiment, especially if you can do your original topic another day.

There are plenty of other tips on Matti’s workflow and what works for him in the video, so it’s well worth a watch if you’re sometimes struggling with your video content.

There’s a couple of things mentioned in the video that I’d never even considered for my own vlogs. But I’ll be starting to think more about them going forward.

How to plan and make a viral timelapse video