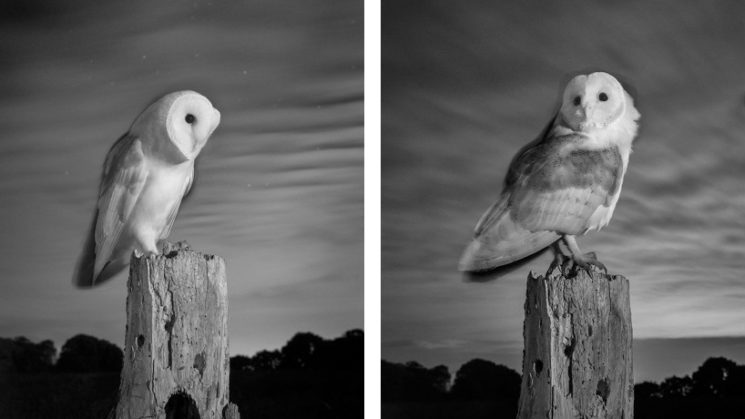 The BBC recently set me a challenge: to recreate my African Wildlife at Night photos here in the UK. This was daunting because British wildlife does not lend itself to the same approach that I used to photograph animals such as lions and hyenas in Africa. I was going to need to come up with something different!

First task was to identify a subject. I wanted to capture the night sky behind the subject, so it needed to be an animal that I could look up at. After much deliberation, we settled on one of my favourite birds: the beautiful barn owl.

The One Show producers then found the perfect location: Stow Maries Aerodrome in Essex. This is an old World War I aerodrome, which has mostly been turned over to nature. Wildlife now thrives and it is home to several pairs of barn owl. Best of all, it is only a 90 minute drive from my house!

Next, I needed to figure out a technique. I didn’t want to blind the owls so I decided to shoot in infrared. This meant placing a filter over my flashes to block out all of the visible light and only letting through invisible infrared light. I also modified my camera to make it more sensitive to infrared light. Now I would be able to photograph the owls without upsetting their sensitive night vision. Since I was shooting in infrared, the final images would be converted to black and white. 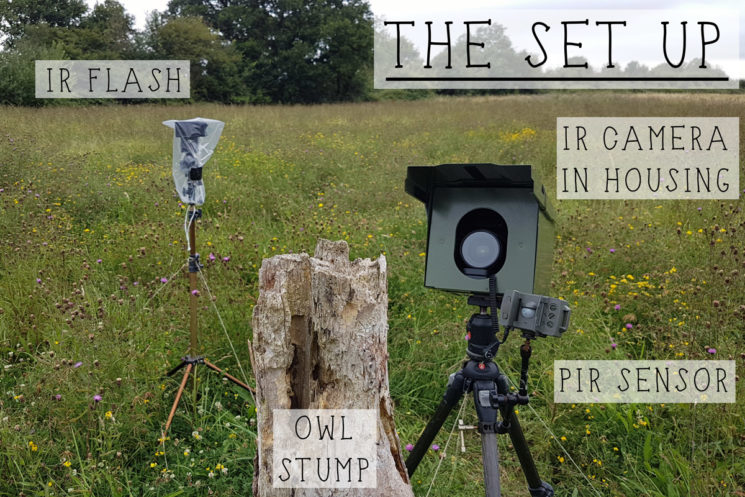 I decided this would be a perfect application for a camera trap. I would use my Camtraptions Motion Sensor to detect when an owl landed on a stump and automatically trigger my DSLR camera. I could then leave the camera in place for as long as it would take to get the shot. Little did I know that the camera would be running continuously for almost four months!

The first image I wanted was one showing the stars in the night sky. To achieve this, I would use a long exposure time of over 30 seconds. The flash would fire at the start of the exposure to illuminate the owl. There’s plenty that can go wrong with a shot like this, especially if the owl moves and ambient light exposes the scene behind. The English weather and short summer nights also made it very unlikely that I would get the owl landing when conditions were perfect. However, it was worth a shot… 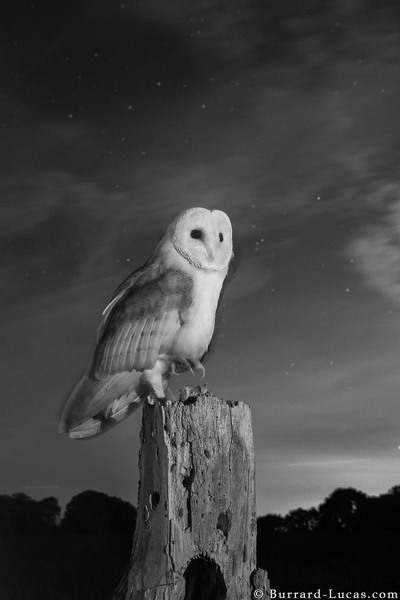 After several months of perseverance, I achieved a selection of images showing this beautiful bird in it’s nocturnal world. 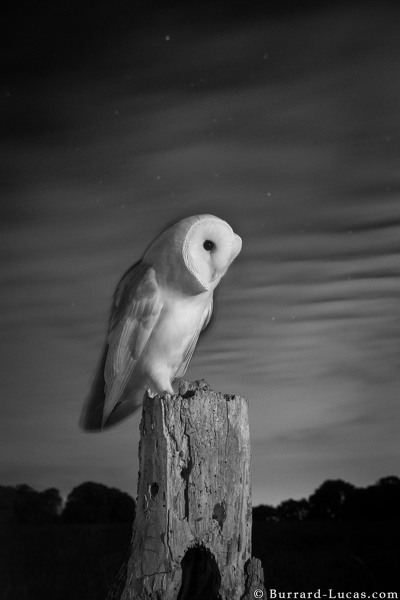 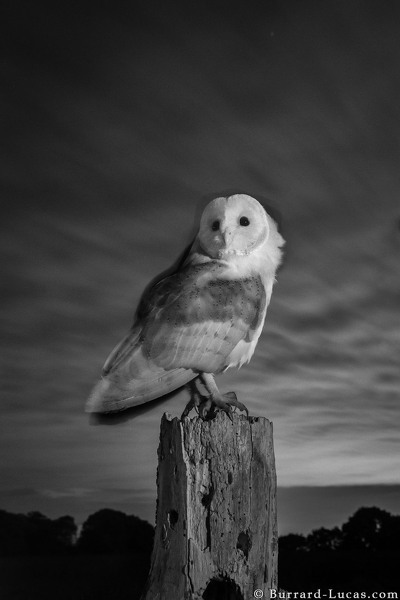 On full moon nights, it was likely that there would be too much ambient light for long exposures, so I also took some shots in which I just exposed the owl. This resulted in one of my favourite images from the project of an owl landing on the stump with it’s wings perfectly positioned in the frame… 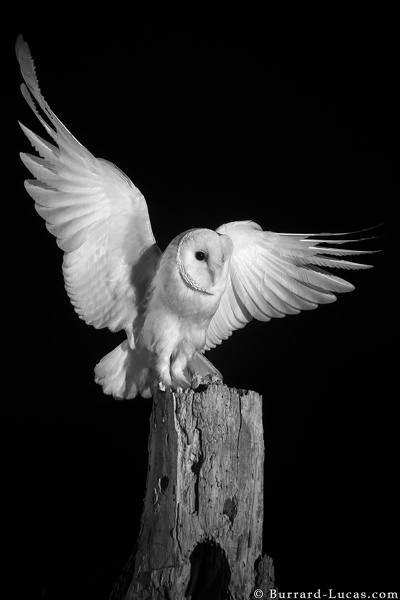 A big thank you to all involved from the The One Show and the team at Stow Maries. You can view more of the photographs from this project here. If you would like to learn more about the camera trap techniques I used to take these photographs, please download my free guide to remote and camera trap photography.

Will Burrard-Lucas is a professional wildlife photographer from the UK. He is the founder of Camtraptions, a company specializing in products for remote and camera trap photography, and WildlifePhoto.com, a website which offers a range of educational resources and safaris for photographers. You can see more of his work on his website, Facebook, Instagram and other social networks. This article was also published here and shared with permission.

These owls REALLY hate being in front of the camera

The cheapest lighting solution for filmmakers – light, filters and barn doors for $90

This is what happens when you shoot portraits with infrared cameras

Infrascapes 8K timelapse shows stunning landscapes in infrared
« Photographers, don’t listen to others: go and chase your dream
Create your best videos by learning how to plan »