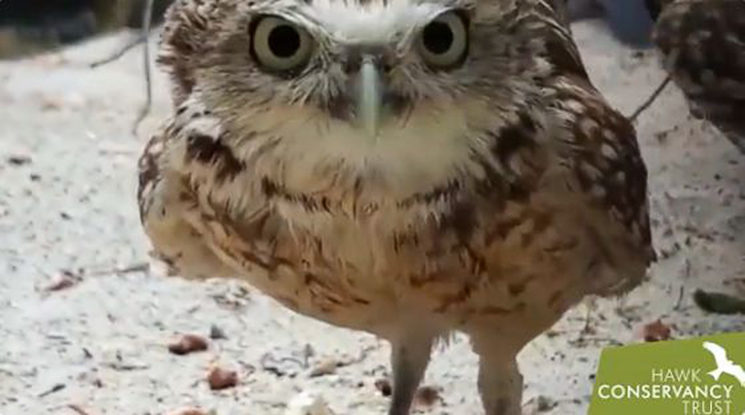 Photographers usually prefer being behind the camera than in front of it. As a matter of fact, some of them hate being photographed. Well, if you’re one of them, I’ve just found your spirit animals. These owls were caught on camera and they hated it so much that they weren’t afraid to express it in every possible way.

Hawk Conservancy shared the video on Twitter, and it quickly got pretty popular. And I’m not surprised at all, just look at these birdies!

When you try to get some 'hidden camera' footage but your Burrowing Owls immediately find your camera… pic.twitter.com/ZnHmr0sNhD

Of course, there was a ton of funny comments under the original tweet, but this one’s definitely my favorite:

when u thought u were bein sneaky takin that pic but ur flash was on pic.twitter.com/7HNN3WfvST

It happened to me a couple of times that someone “secretly” takes my photo, and their flash is on. I honestly hate it, especially when I’m out dancing, drinking and trying to relax. In these situations, cameras kill the moment for me and they can make me feel awkward and uneasy. So I totally feel you, fellow owls! : )

Four things I hate about portrait photography in 2019