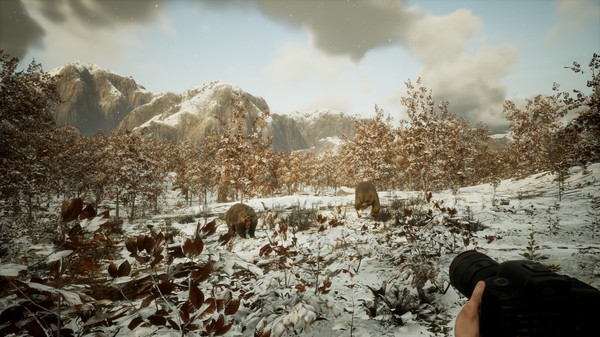 Video game photography has definitely seen its rise during the pandemic. While photographers have been able to capture photos within video games and their own stories, now there’s a game that’s completely dedicated to photography. Photography Simulator is, as the name suggests, a game that lets you become a photographer in a virtual world.

Photography Simulator was developed by Madnetic Games and release by PlayWay on Steam. The game revolves around wildlife and nature photography. Why, you may wonder? Well, because traveling and shooting at remote locations is costly, time-consuming, and not available to everyone. After all, in the pandemic era, it’s difficult or impossible even if you have enough time and money.

But no matter what photography genre you’re into, this game seems like fun. It’s made to recreate the complete experience: from choosing and packing your gear, to even selling your photos after taking them. You get to use a variety of gear, including drones. So, if you’re like me and you’ve never used a drone before, here’s a chance to try it without crashing into a tree. Well, at least not a real-life tree. If you like to set everything manually, the game lets you do that too, so you get to control the exposure and other camera settings. I’m already intrigued, I must admit.

Here’s a little trailer so you get a better idea of what the game looks like:

I’m not much of a gamer – I only play Sims 4 occasionally and I bought it at a massive discount when the pandemic began. By the way, that game also allows you to take photos within it, although you can’t control many of the settings. The Last of Us is also one of the games that let you be a photographer, and there are more, like Red Dead Redemption, Grand Theft Auto, Animal Crossing, Gran Turismo Sport…

When the lockdowns began, many people turned to video games to kill time. And photographers among them also used them to take virtual photos. Gaming photography became so popular and it happened so fast, that we even started thinking about it as a career path. After all, Getty started licensing video game photos last year, so I guess we definitely can start making money from this genre.

Anyways, Photography Simulator is another game that lets you improve your photography skills, or even make money from being a gamer and photographer. It has been announced on Steam, but there’s no release date or price yet. You can add it to your wishlist if you like, and you’ll be notified when it becomes available. In the meantime, we’ll reach out to PlayWay and try to get more info, and we’ll update you if we hear back.

Can you turn video game photography into your career?

« Will photo & video trade shows and conventions survive COVID-19?
100ASA is a new photo-sharing community that blends Instagram and 1x »