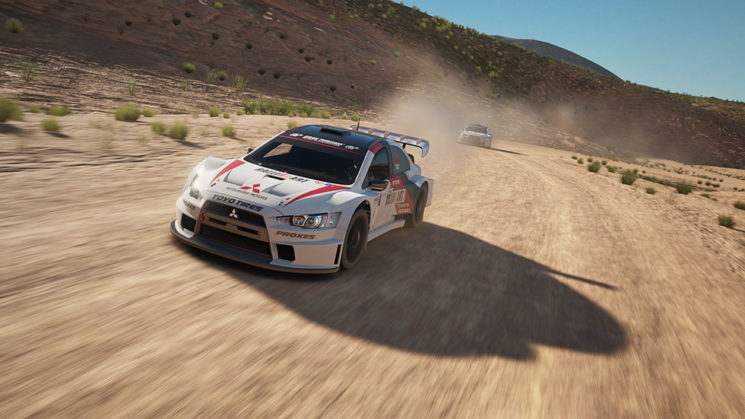 This is probably the dumbest thing I’ve ever read in my life, but Getty Images is apparently going to be the “dedicated in-game sports photographers” for the FIA Certified Gran Turismo Championships. Yes, that’s right, video game screenshots are now “photography”, according to Getty and Polyphony Digital, the developers of Gran Turismo for the Sony Playstation.

And it turns out this isn’t the first year that this has happened, either. Getty says that “the new service was debuted during the 2019 season” and “used its expertise in photographing live racing” to… create better screenshots, I guess.

The new service was debuted during the 2019 season. Getty Images used its expertise in photographing live racing to deliver imagery from inside the digital realm of the Gran Turismo game at Gran Turismo World Tour events at the Nürburgring, New York, Salzburg, Tokyo and Sydney and last year’s World Finals in Monaco in November 2019.

Maybe it’s just me, but I don’t get it at all. I can understand photographing the crowds at a real-world gaming event (assuming there were any happening right now). The anticipation and expression on the viewer’s faces watching their favourite players going head-to-head as it happens. That’s exciting. But a random screenshot from the game itself?

I mean, ok, I get the cool visuals of game screenshots. But games companies have been making cool images and cinematic gameplay trailers for their games for years. It’s nothing new. They have access to the rendering engine, the models, all the code, they can set up literally any scene imaginable to get the most amazing images. They replay a “recording” of the same race over and over virtually, pick a precise moment in time, completely relight it in any way they like and put the camera exactly where they want it. But they’re still just screenshots.

How is this in any way, shape or form “photography”? And license it for what purpose? I mean, why would somebody pay to license a screenshot from a game that can be moderately well reproduced by anybody who… you know, buys the game? Does this mean that all 3D renders are now “photography”?

This isn’t a knock at game developers or 3D artists. 3D renders can be absolutely incredible, and there are a number of 3D artists I follow to see both their final results and their how-tos and timelapse creations on YouTube. But that’s a whole other art form and skill in its own right that really has no actual relation to photography whatsoever – other than we all try to create pretty images. But, so do painters. That’s not photography, either.

There is such a thing as “virtual photography”, but it’s used for pre-visualisation to be able to test lighting setups, poses and image ideas before shooting them for real. set.a.light 3D is one such piece of software for doing exactly this. But you’re not rendering out images from it as your final result, and you’re certainly not calling them “photography”. They’re for pre-viz to test out ideas to then go out and shoot them for real or to show somebody what lighting setup you used for a shot if you weren’t able to shoot behind the scenes images on the day of the shoot itself.

« These eight portrait mistakes are so common, but so simple to fix
The new Zoom H8 records up to 12 audio tracks and once and kind of looks like a spider »