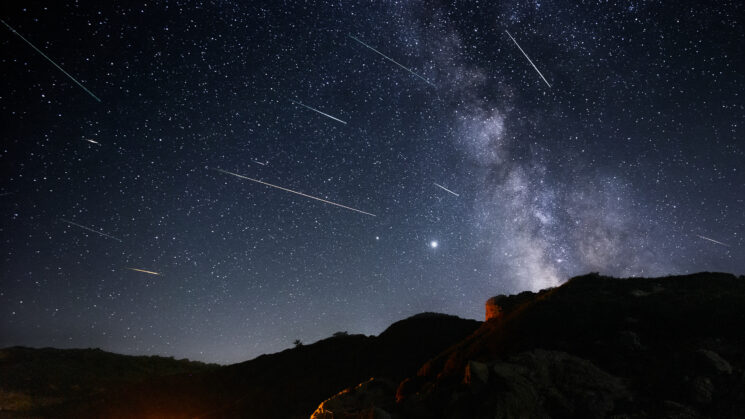 While there are dozen of meteor showers every year, the Perseids is the best one. And it’s right around the corner, peaking mid-August with up to 100 meteors per hour. So, if you’re up for some night sky photography, now is the right time to get ready to shoot this spectacular sight.

The Perseids is active between 14 July and 24 August, NASA writes. This year, it will peak on 11, 12, and 13 August. If you find yourself in ideal conditions (low light pollution, clear skies, waxing crescent moon), you’ll be treated with as many as 100 meteors per hour. That’s a lot more than any other meteor shower, so it’s no wonder the Perseids is considered to be the best.

You may wonder where the Perseids come from. NASA explains that it’s the constellation Perseus (hence the name of the shower). “However, the constellation for which a meteor shower is named only serves to aid viewers in determining which shower they are viewing on a given night,” NASA adds. In other words, the constellation is not the source of the meteors so you don’t need to know its exact location to be able to spot the shooting stars.

To watch the Perseids at its best, you may need to wake up really early or pull out an all-nighter. In the Northern Hemisphere, the shower is best viewed during the pre-dawn hours, NASA explains. However, sometimes it’s possible to view meteors from the Perseids from as early as 10 p.m. So, I guess setting up in the evening and observing the sky during the night is the best option. This is what I did a few years ago, and the show indeed started pretty early, around 11 p.m. if I remember well.

The great news is that this year the moonlight won’t mess up your perfect view, assuming the weather is fine. On the peak dawn of the shower, the moon will be in its waxing crescent phase and only 13% full. Therefore, if you find a nice view away from the city lights, you’ll see quite a show.

You can find some useful tips in this 2021-2022 astrophotography guide to plan your trip and your shoot. Make sure to download the apps like PhotoPills and Stellarium as they’re very useful for astrophotographers. You’ll find some more tips here, and you have just enough time to prepare for the spectacular night of the Perseids peak.