Recently me and Joseph Parry got to collaborate with lighting equipment company Pixapro, on a promotional shoot to showcase how their equipment can be used on location, and in various environments. The Maiden is the first of these shoots. Shoots can be born in many ways, The Maiden was birthed from an idea I had a while back walking through the infamous Cottingley woods, which is not too far from where I live.

Cottingley woods was the location for the infamous Cottingley fairies story from the early 1900’s. Two young girls sent the media into a frenzy with photos taken on an old camera, that had supposedly caught images of real fairies. The story was global, and today even a movie has been created about it, aptly titled Fairytale: A true story. Having visited the location before, when asked to do a location shoot, Cottingley came straight to mind. Not only because of the folly, but because if anything could make this majestic woods any more fantastical, itwould be a castle….and cottingley has one. Although a real castle it isn’t, it is a folly built by Benjamin Ferrand in 1796. He built it so he could see it from his residence at Harden grange. Benjamin built it in the style of a gothic ruin, as was the gothic fashion of that time period. 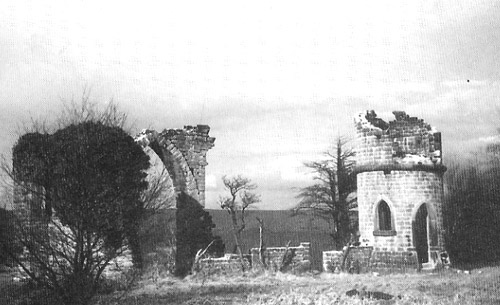 Location locked in, our next plan of attack was to come up with a theme or concept. Ideas hit me all the time, I have my own methods of creating the right state of mind to get my imagination fired up with inspiration. At the time I was listening to The history of England podcast a lot, like 3 hours a day. Naturally with the magical woods, the gothic ruin, and a mind full of English history, the scene of a damsel in distress rattled around my head. She was being chased through the woods, escaping with two captors in pursuit. I remembered that the folly had a cave, similar to a hole in the bottom wall, which gave me the idea of a hero waiting to help the lady to safety. Once I had the seeds of an idea, I got my sketch pad out and began to scribble down (very badly) a rough outline of the scene.

I would say the shoot for The Maiden was one of the most challenging shoots I have encountered so far. Location shoots in my experience are always harder work than studio shoots, because you have elements that are out of your control. This shoot though topped them all. Just to start we had to carry all the costumes and equipment around a mile and half to the folly, which meant walking through muddy and rough terrain with a petrol generator on my shoulder. I can safely say all 7 team members were relieved to get to the folly, and drop the various bags of props, costumes and equipment. Next we had to set up the flash which was a citi600 portable flash with a 150″ octa. I knew it may be difficult to use the flash, as the spot for the shoot was on a hill, and usually diffusers that large on a stand like to fall over and crash to the ground (which it nearly did a few times). Luckily I had an assistant on guard the whole shoot, holding the stand and manoeuvring the light. Once the light was in place it was time for the obligatory test shots. 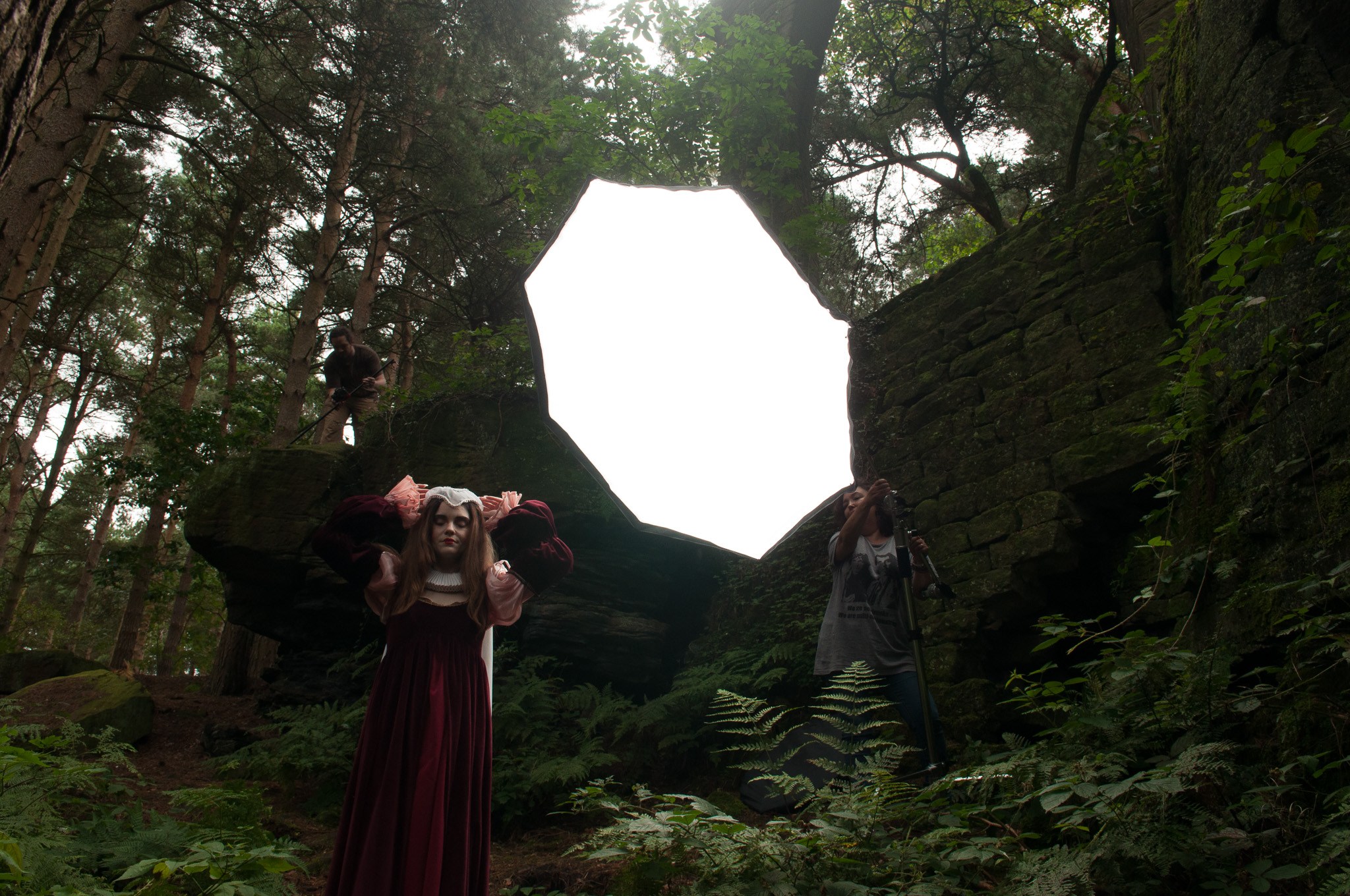 Knowing that one character would be emerging with a fire torch from the hole in the wall, I added one more flash gelled with a Jake Hicks orange gel. This was to mimic the light that would illuminate the scene from the fire. Mix this with a smoke machine and you have the ingredients for a crazy shoot or chaos! This shoot was a fun mixture of the two haha. 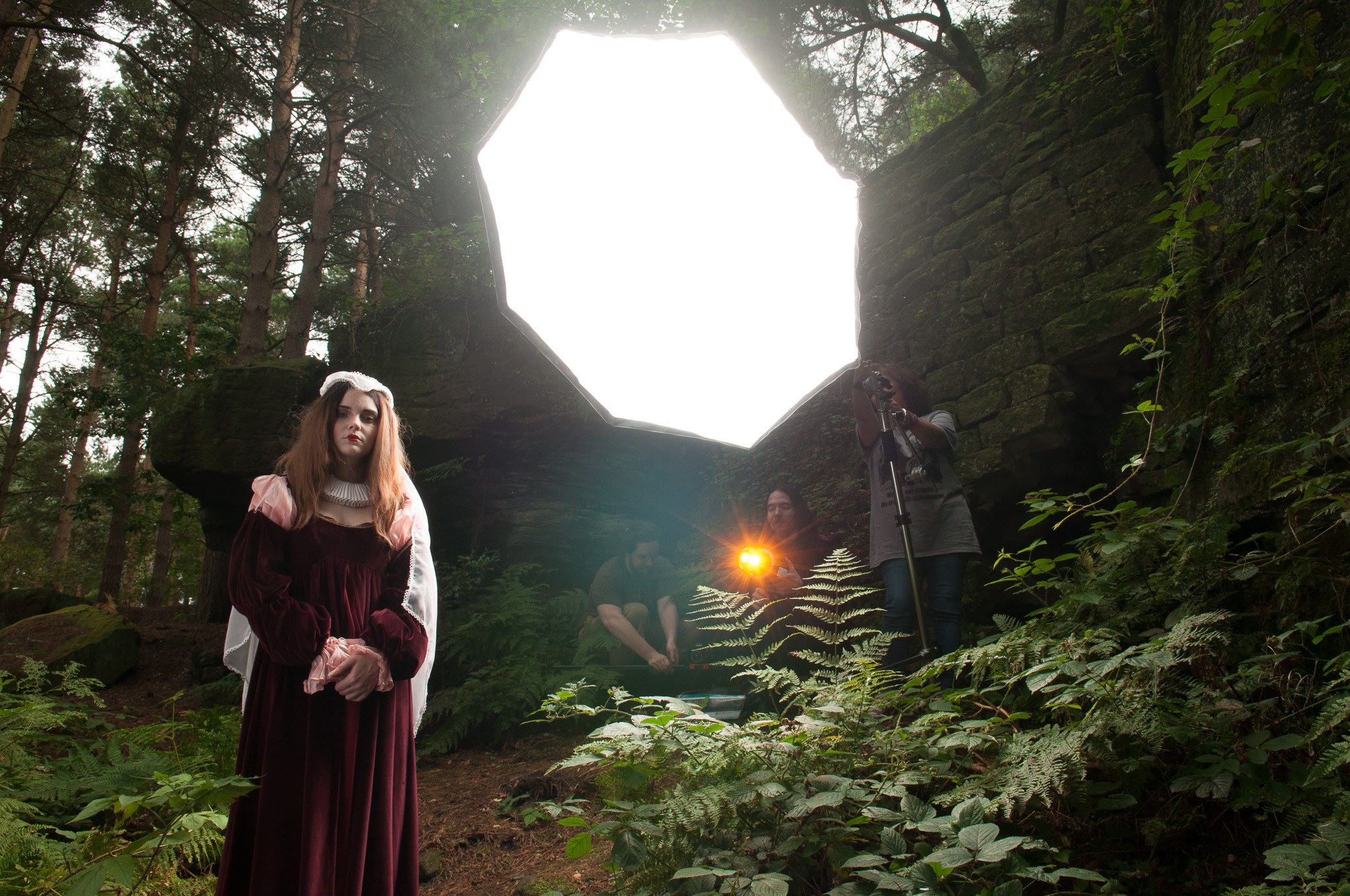 My plan was to shoot the characters separately and then composite/blend them all together later in Photoshop. I chose this method because we didn’t have enough flash to light all the scene in one go with the characters all in their places. Also I thought if I shoot the characters and the location separate I can build a bigger image form all the photos, which is better than squeezing it into one photo with less pixels.

Once the Maiden shot was secured it was next on to the hero emerging from the hole in the wall. The flash had to be switched to light the character, so it was a case of moving gear around, which again on a steep hill wasn’t easy. So when we then had to move it all up the hill and behind the stone arch to shoot the villains, we were starting to get a little tired.

After a hard shoot the last thing you want to be doing is carrying heavy bags of equipment a mile and half back to the cars, but this is what we had to do. Tired, thirsty and in need of a warm drink we all started on the long walk home.

The maiden image was not only a challenge shoot wise, but also in Photoshop. My plan from the start was to use a tripod to set the camera and focus. Then take separate images of the location and each character, and blend them altogether later in editing. This I did, but it took a lot more effort than I had planned on. With the flash being positioned in various places, the light on some of the surfaces was tricky to blend. Mix that with different amounts of smoke in each shot, and the stitching of an unusual perspective, I definitely had to flex my Photoshop muscles. You can plan and plan, but sometimes you still get a few curveballs thrown in now and again. With images like this I tend to throw my usual workflow out of the wind and let the image build up organically. Once I had the main components blended together it came together quite nicely. It would take a long time to go through each step in text, and the layers were in less of a structured order than normal so I have created a breakdown video for you to watch.

Shots used in the composite 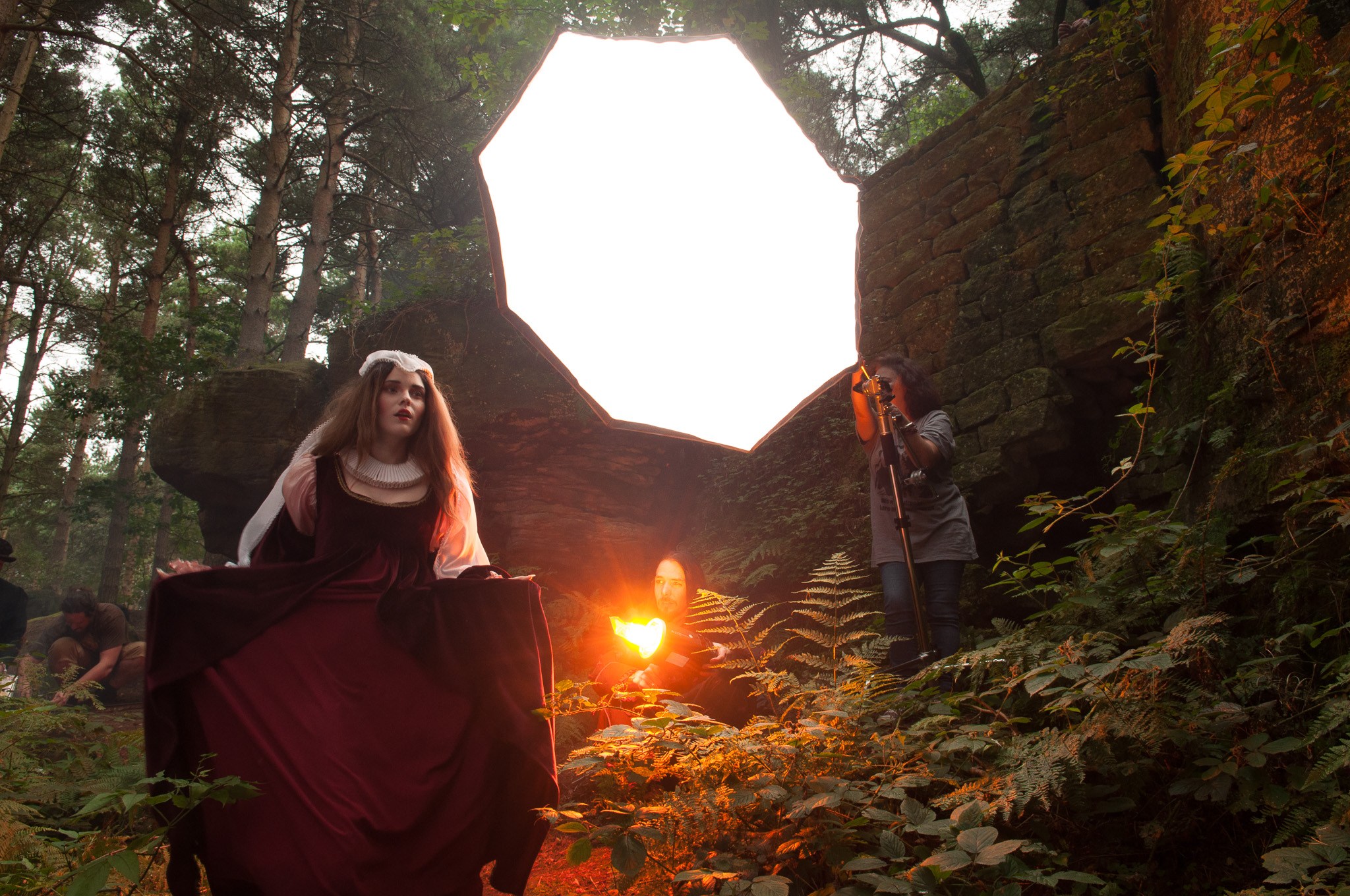 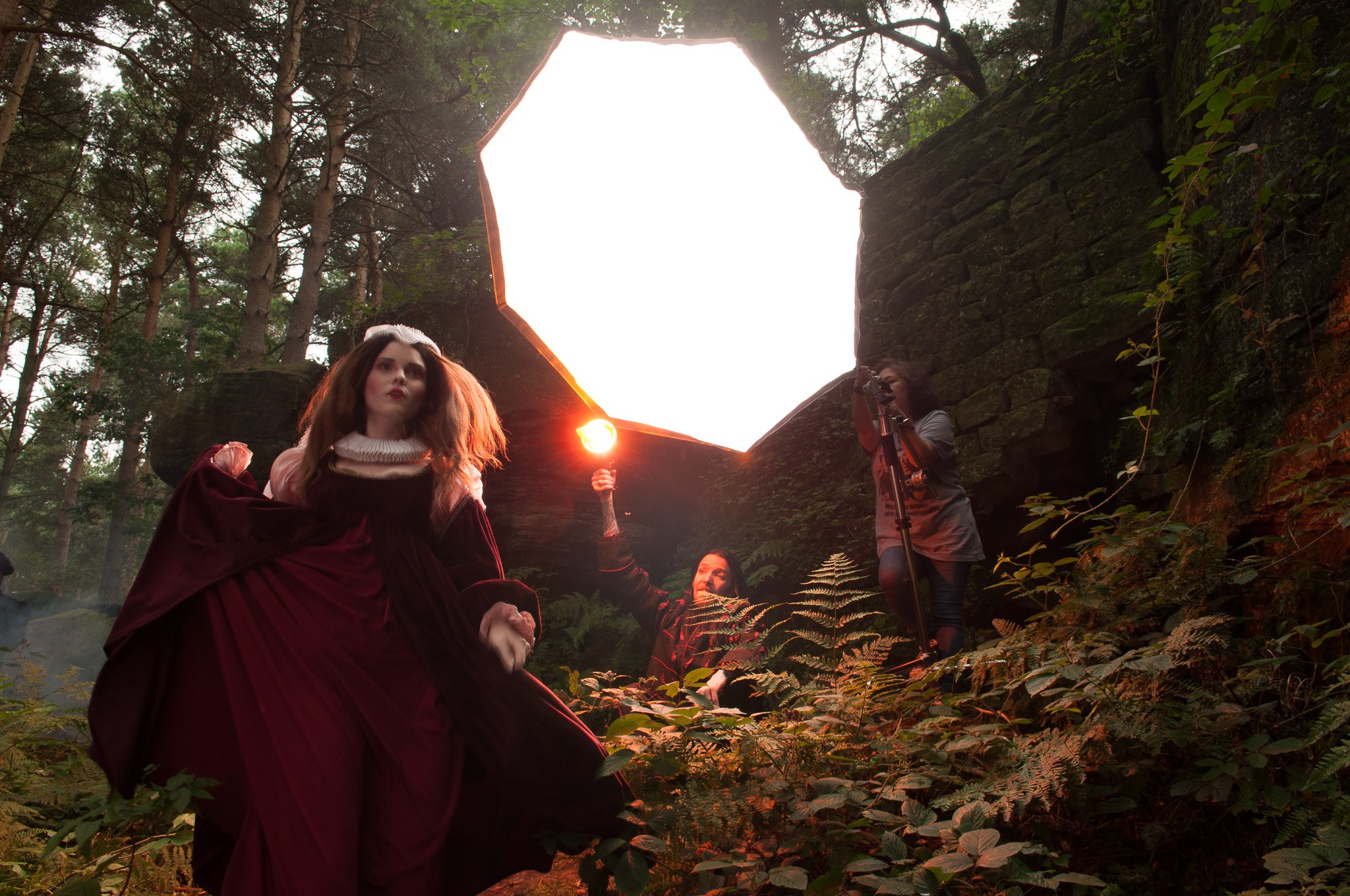 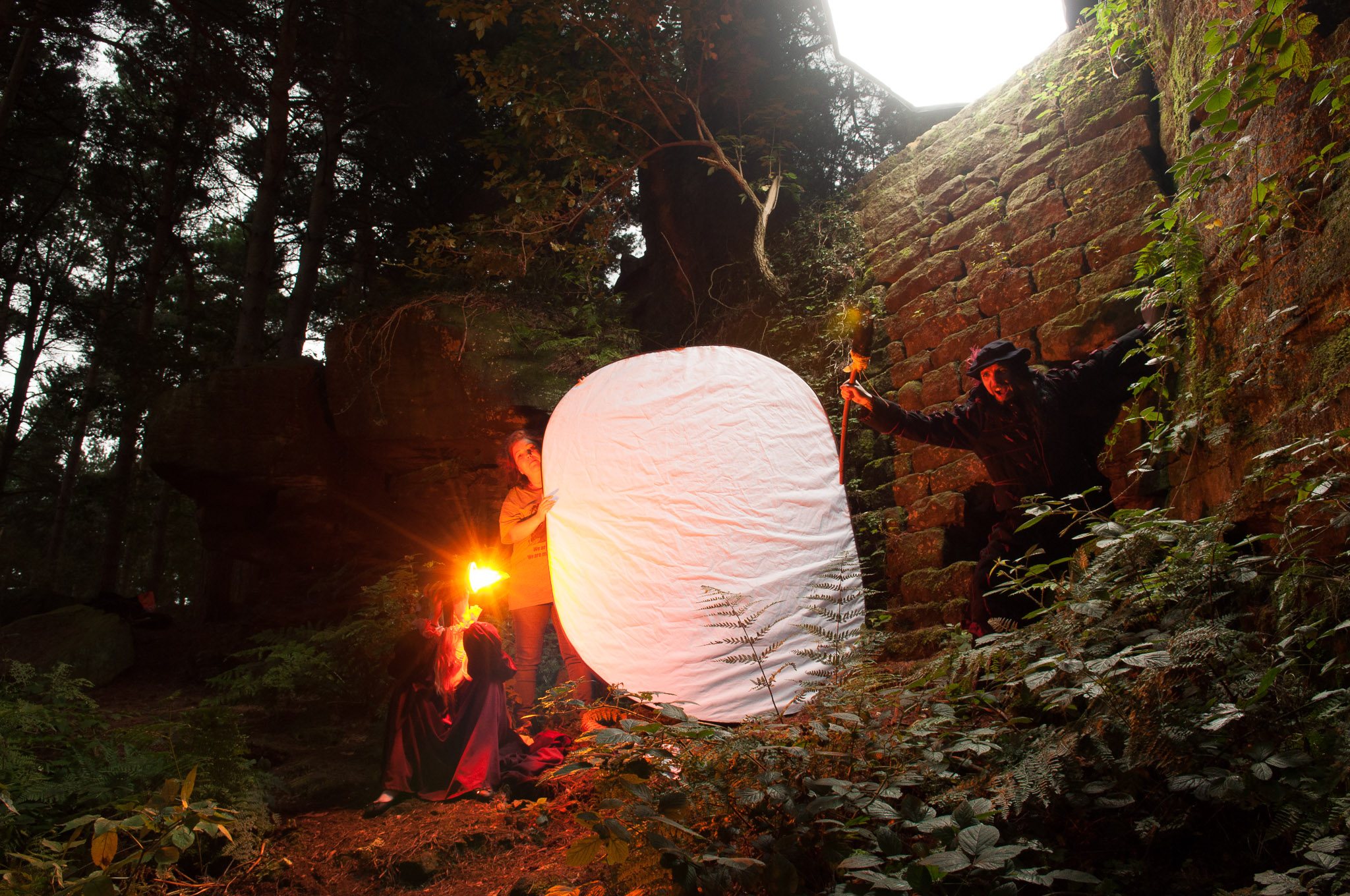 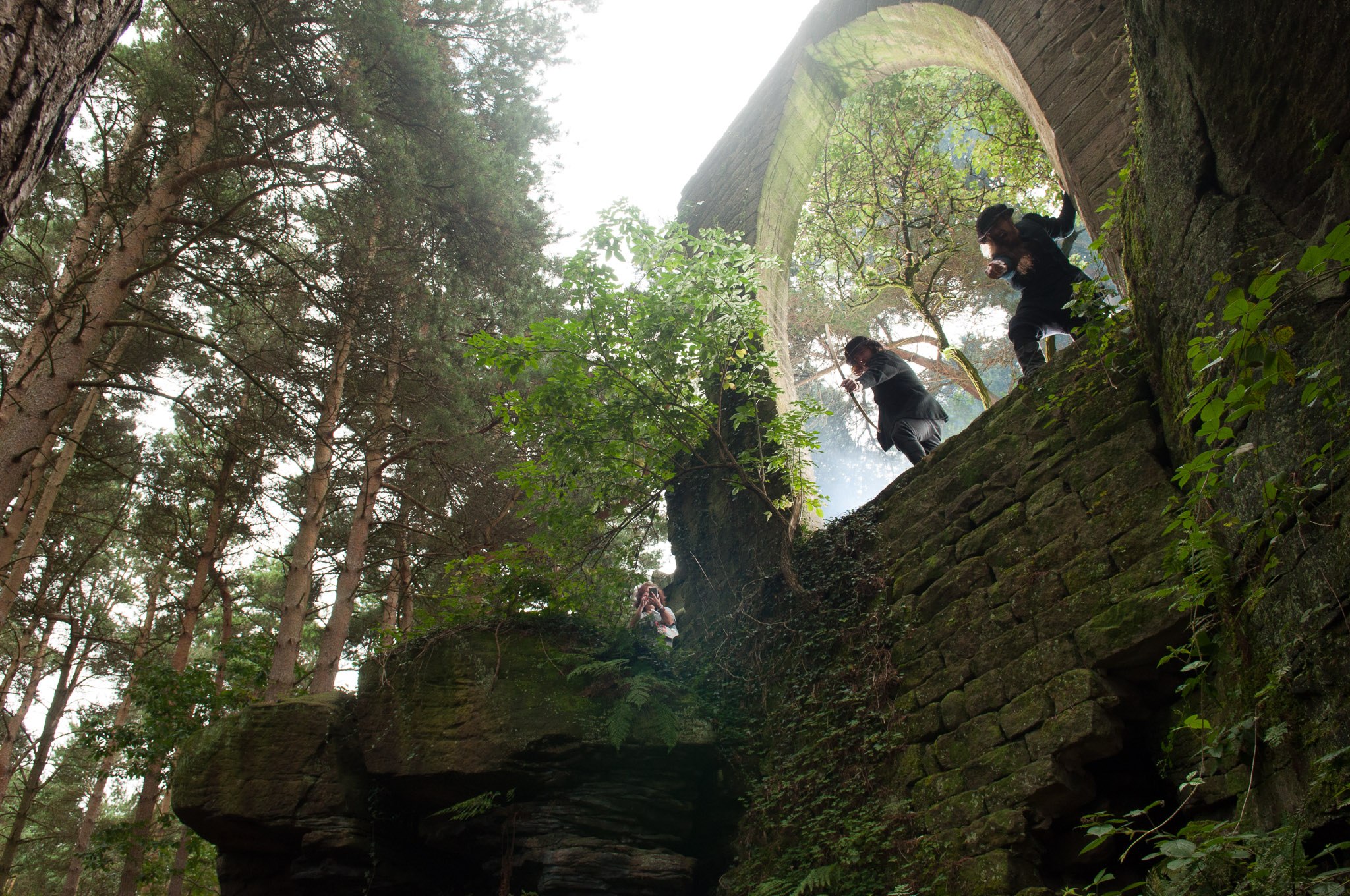 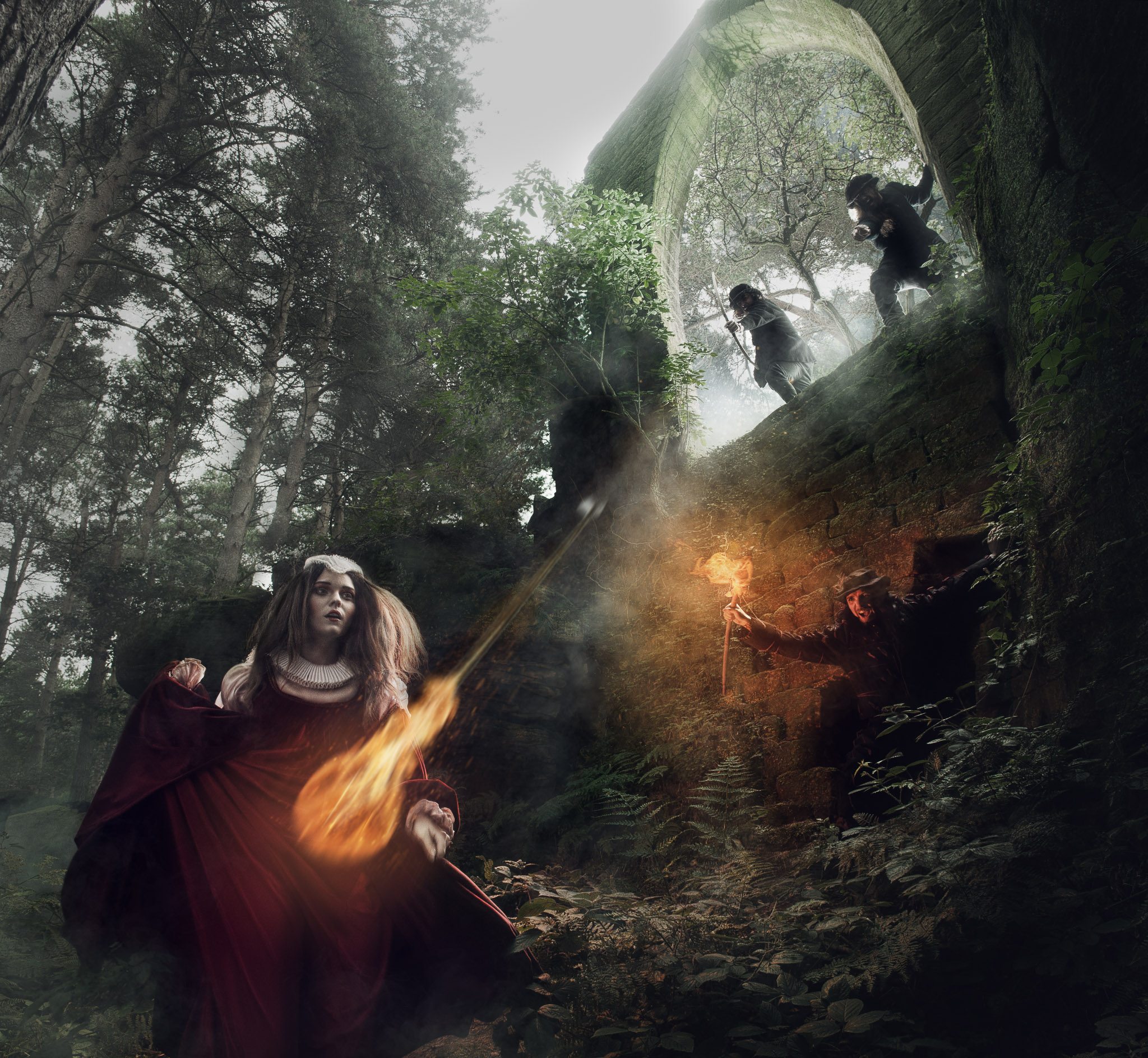 It is shoots like this that force you to think on the go, to push you, and challenge you. Without the difficult shoots we would not grow as an artist. So embrace these shoots! So what if everything does not go to plan, the pros of learning from these events far outweigh the cons. So next time a shoot is challenging you, push forward and finish. This is will be the making of you!

Clinton and Joseph are hosting a workshop which will cover some of the aspects from this shoot. To join the workshop click here .

« This new 48MP global shutter full frame sensor shoots 8K video at up to 30fps
How do you deal with copyright infringement when it’s for “a good cause”? »