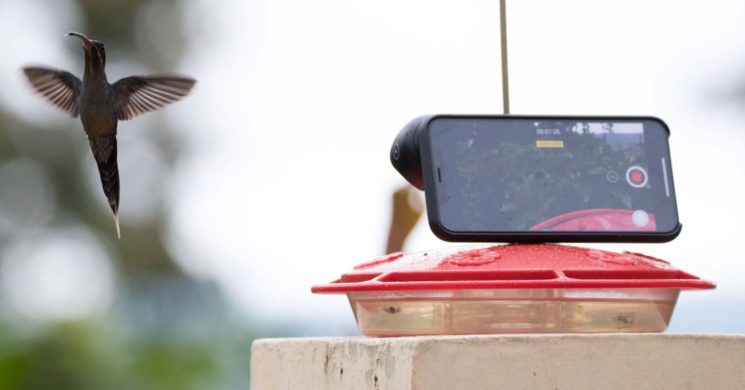 I can never get enough of hummingbird videos. These fast little birds can be difficult to capture, but nowadays, only a smartphone is enough for a pretty awesome slow-motion video. Phil Torres of The Jungle Diaries has captured wonderful video of colorful hummingbirds using nothing but an iPhone X’s slo-mo feature and a wide-angle Moment lens.

Phil was in Cloud Forests at the base of Sumaco Volcano in Ecuador. He writes that he wanted to put a wide-angle Moment lens onto a test and use it for something other than landscapes and cities. So, he attached it to his iPhone X and placed the phone on a hummingbird feeder. He filmed the video in 1080p at 240 fps.

A great thing about this smartphone + lens combination is that you can focus pretty close, so you can get a sharp subject at only a few inches away from the lens. Also, the colors look nice, and the focus is spot on. However, it looks like there’s some distortion and chromatic aberration on the edges. Still, I must admit it’s not much worse than my old 18-55mm kit lens for DSLR.

I believe that videos like this are examples of how far the technology has advanced. Personally, I still wouldn’t ditch my Nikon in favor of a smartphone. But it’s great that phone cameras are so advanced nowadays that you can sometimes rely on them as well for high-quality shots.