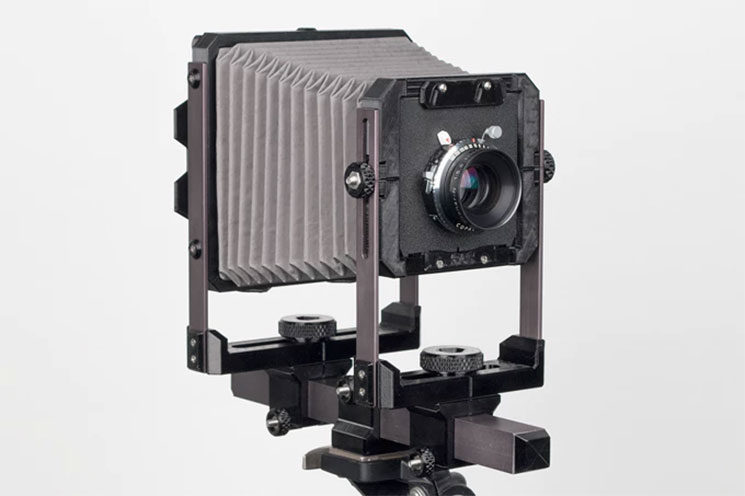 I love that large format seems to be coming back in fashion. I really do. In the last couple of years we’ve seen some great new large format cameras come into existence, like the Intrepid, and the Chroma – the latter of which we saw in person at The Photography Show.

Now we have a new one, The Standard 4×5, which is made from 3D printed parts. It’s is being billed as a DIY 4×5 large format camera that you can build yourself – which is a really awesome idea. It’s being funded through Kickstarter, and the prices aren’t that bad, either (even though the early birds have already sold out).

While this is a 3D printed camera, right now you can’t just download the STL files and print them yourself. You can only back the project to receive the pre-printed parts. But, don’t worry, the design will become open source after the cameras start to ship.

For now, it comes in three flavours. There’s the DIY kit, where you get all the components and assemble them yourself at $320. There’s the pre-built fully assembled camera for $350. And finally, there’s a Special Edition Blackout Camera for $500 (only 25 of these are being made).

While there are a lot of components, assembly doesn’t look that difficult from looking at the above timelapse. They say that it should take around two hours, which isn’t bad at all.

Designed by Drew Nikonowicz, the camera has already met its funding goal of $15,000 and currently sits around $23K, and the designs already exist. he says his gold with this project is to help empower more people to become photographers and make large format more accessible. This is why, when the items have shipped to backers, he says the files will be made open source.

While I love the idea of this camera, I think personally I’ll wait until it does actually go open source – which should be around November. My experiences with 3D printed items so far has been that it’s not a question of if they’ll fail, but when. And if a part fails before the files are released, you’re without your camera until you can get a replacement part delivered.

Sure, you’d have this same issue with any camera, but not having to wait for a part to show up is kind of the whole advantage to 3D printing.

Plus, I have a brand new 3D printer here that I need to build up, and I really want this to be its first proper project.

If you don’t want to print your own, you can back the project now for $320, $350 or $500 for the DIY, pre-assembled and Special Edition models respectively.

The Chroma is a new and unique large format technical camera

« Bit depth explained – what 8Bit, 10Bit and 12Bit really means
Double exposures work for video, too, and here’s how to make them »