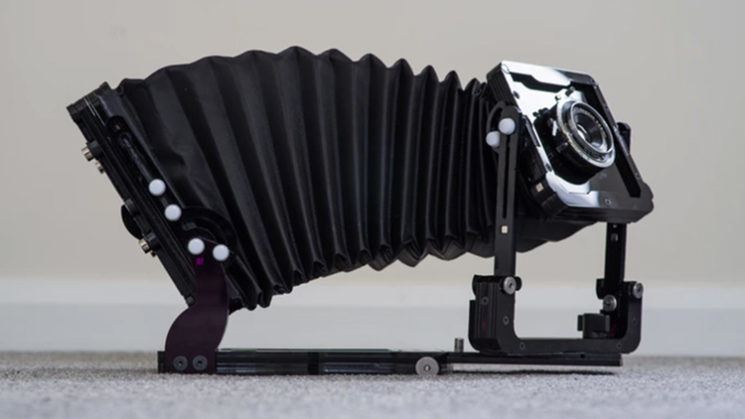 I find the rebirth of film to be absolutely fascinating to watch. No longer are they merely the tools we need to do our jobs. They’re something more than that now. They’re a passion. People are using them because they want to, and not because they have to. And that’s why I find it so interesting. That so many people still want to shoot with film. Not only that but now new film cameras are still being developed, too.

This one is called the Chroma, and it’s been developed by UK-based photographer Steve Lloyd and being funded through Kickstarter. Chroma is a 4×5 large format technical camera with all the front and rear standard movements one would expect from such a beast. What one doesn’t expect in a camera like this, though, is this kind of price. At only £250, it’s an absolute steal.

The Chroma hammered its initial £10K goal in just a day or two of going live. It currently sits just shy of £25K and doesn’t seem to show any signs of slowing down.

As with many large format cameras, the Chroma is designed around a modular principle. It is built from high-quality acrylic available in a variety of colours, which is laser cut to provide accuracy and consistency with each and every camera. 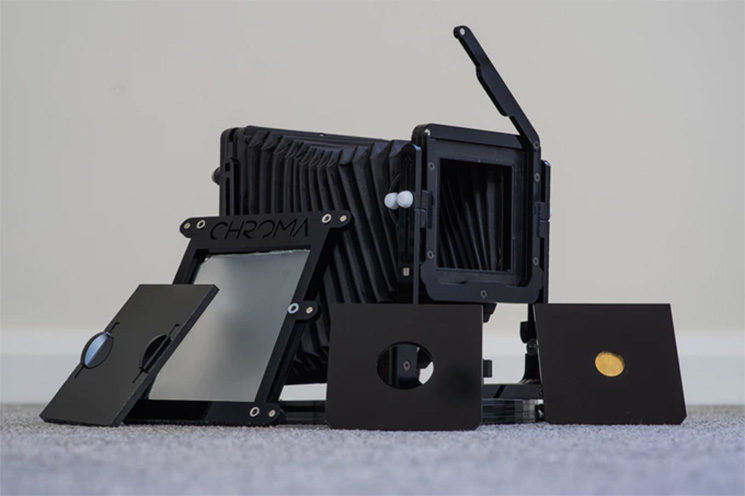 The complete Chroma comes with the base, front and rear standards, bellows, magnetic ground glass plate, 0.4mm pinhole board (f/225 at 90mm), Linhof/Wista style lens board with choice of Copal 0/1/3 hole. There’s no lens included at this price, for obvious reasons, but this allows you to use it with whichever lens you prefer, and just order it with the appropriate mount board. It doesn’t mention anything that I can see on the Kickstarter campaign page, but I would guess you’ll be able to order extra lens mount boards with different holes if you need more than one. 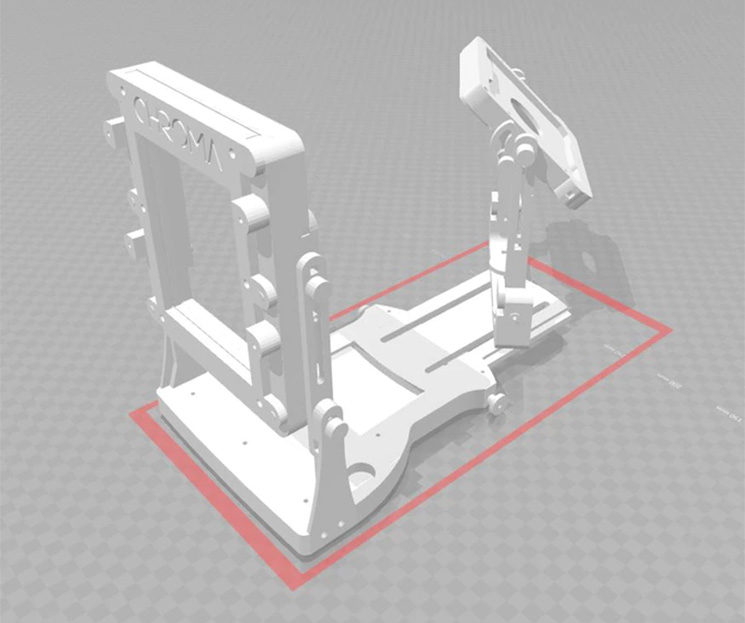 The movements available in a camera at this price point are very impressive. 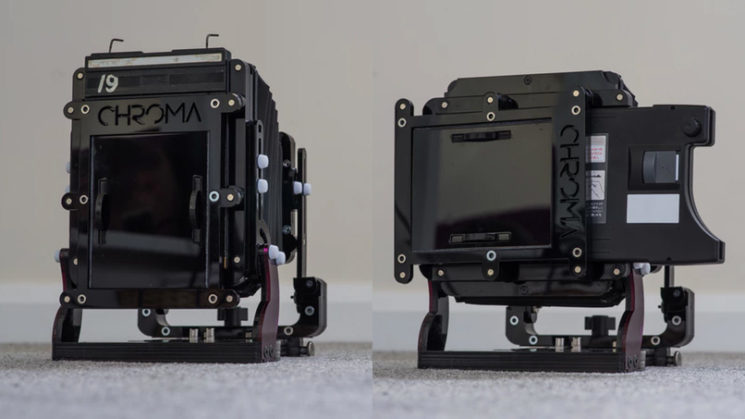 The back takes a standard 4×5 double dark slide film holder and easily rotates 90 degrees to accommodate landscape orientation. It should also fit just about any holder that will also fit in a standard 4×5 DDS slot. 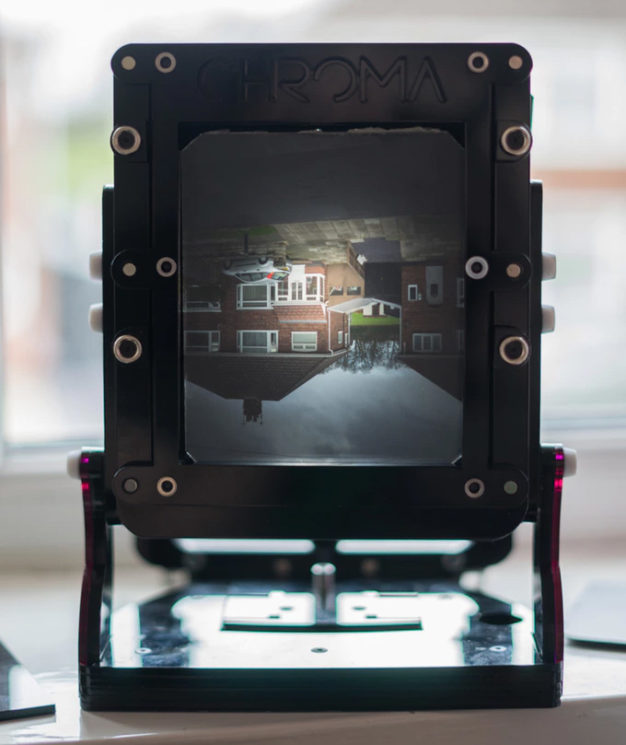 Being laser cut from 3mm and 5mm acrylic, each camera is essentially made to order and allows for a variety of colours. You can have red, pink, blue, white, green, purple, yellow, black or, naturally, matte black. The latter might be the most practical option for many. The nature of its construction, along with the modular design, also potentially leads to increased opportunity for modifications and add-ons in the future.

I’ve been debating a large format camera for a long time – I even bought a couple of boxes of 4×5 Ilford FP4+ and a few double dark slide holders in anticipation. But there’s so much choice out there on the used market, for which components may no longer be available. And most new 4×5 cameras are still insanely expensive. It looks like this could be the answer to my needs.

If you want to back the project and get your own, head on over to Kickstarter. You can get your own for £250 right now, although there’s no word on what the cost will be after the campaign is over, but you can find out more on the Chroma website. DIYP is hoping to meet and have a chat with Steve as well as check one of these out in person at The Photography Show next month. So, we’ll be sure to let you know what we think.