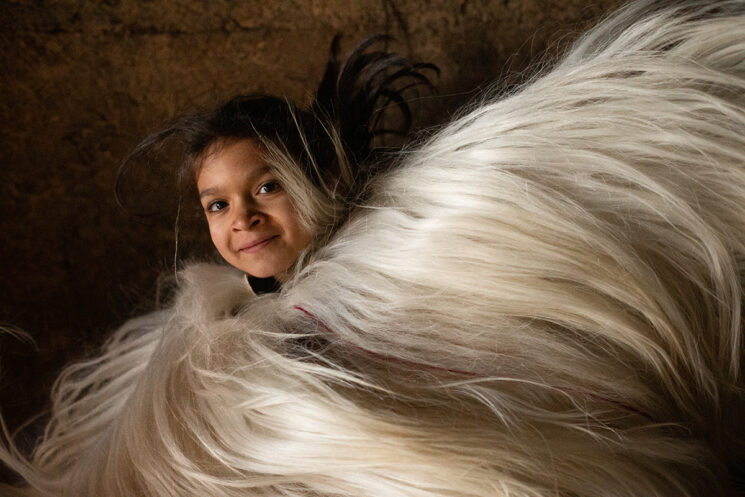 Asher Svidensky is one of those photographers whose photos you see once and remember for years. This is why I was thrilled to learn that he photographed Kukeri, often described as one of the last pagan rituals in Europe.

For this photo project, Asher traveled to Razlog village in Bulgaria, photographing minacious-looking costumes of the Kukeri rituals. And as if the ritual itself wasn’t interesting enough – Asher’s story revolves around “The Monstress of Razlog,” a girl who’s a very unlikely star of this predominantly male tradition.

Asher is a freelance photographer specializing in art and documentary photography. In my opinion, he has a very distinctive style, and he has a strong passion for mixing his photography with storytelling. In 2019, before the world turned upside down, this passion brought him to Razlog, a remote village in western Bulgaria.

“I went there to expand my ongoing photography project on the topic of Successors of Traditions,” Asher writes. This series is about “the personal journeys of young individuals who will ultimately become the ‘torch carriers’ of ancient cultures & traditions,” as Asher explains. One of those youngsters is a girl named Ivana.

Kukeri is an ancient ritual still present in various Slavic countries, including mine. It’s something like a carnival and it goes by different names in Serbia, Bulgaria, Croatia, etc. It’s usually related to the celebration of spring, the Sun, and fertility. In relation to Christianity, the carnival takes place right before Great Lent, either Easter or Christmas. As for Bulgarian Kukeri, it takes place around the New Year, right before the Christmas Lent.

During the Kukeri rituals, villagers cover their bodies with fur costumes and attach unique-shaped bells to their belts and around their shoulders. They cover their face with handcrafted wooden masks (often two-faced) and paint. This way they “transform” into monsters (kukeri) that chase the bad spirits away from their fields. The “kukeri” are also believed to provide a good harvest, health, and happiness to the village during the year.

As Asher writes, Kukeri is considered to be “one of the only remaining practiced pagan rituals in Europe today.” of course, many other rituals can come to mind as you’re reading this. There’s the Midsummer celebration in Sweden or even Halloween. In fact, many “Christian” traditions are actually derived from ancient pagan rituals. Still, many rituals we know and practice today have been either fully modernized or deeply intertwined with Christianity. As for Kukeri, it still keeps a lot of its original form – even though some things have changed. And this change is precisely where our little hero, Ivana, comes to the scene.

Ivana, the Monstress of Razlog

Like many ancient traditions, Kukeri was primarily practiced by men, and women were forbidden from participating. However, what made this tradition more modern is that women are now allowed to take part as well. “More and more young girls like Ivana started showing interest in breaking social norms and actively joining their communities in the Kukeri rituals,” Asher writes. “This has created a new unique cultural shift that has been widely celebrated in recent years.”

Ivana is an only child of Radoslav and Elena. Asher spent some time with the family and earned that the girl admires her father. Apparently, he adores her as well:

“With a big smile, he proudly told me that as soon as she could walk, she was unstoppable. Following him all around the village – be it during his workdays at the family farm, the milk drop-off route, and of course… the legendary Kukeri ceremonies. Therefore it was no surprise, that Ivana regularly joined her father at the village’s yearly Kukeri rituals. Even having her own little monsteress costumes to show off.” 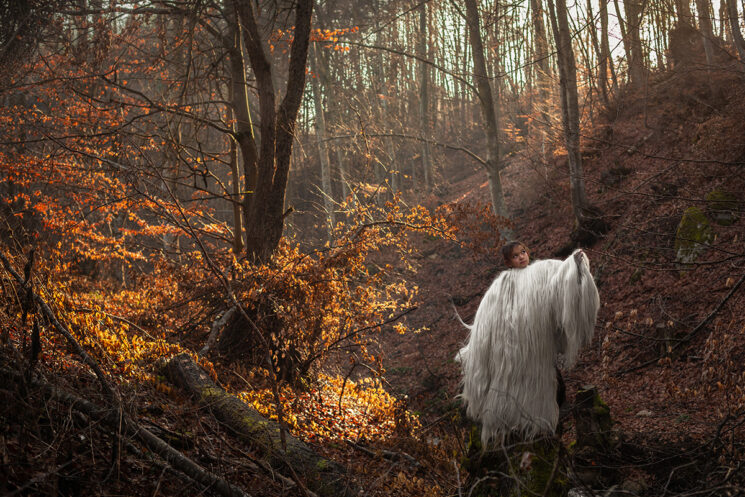 During his time in Razlog, Asher documented the readjusting of Ivana’s original monster costume, as it became too small.

“Ivana and her dad spent countless hours working together in the family’s musky old storage space. Diligently taking apart the different layers of leather palates and white hair and sewing them back together in order to “elegantly” cover the newly added stitchings. Decorating each with a series of small bells to fit around Ivana’s belt and shoulders. The sound and rhythm of these uniquely shaped bells are an iconic feature of Razlog village’s version of the Kukeri. Therefore, it requires a high level of accuracy and experience to correctly place the bells on Ivana’s body so they will produce that unique, distinctive sound.” 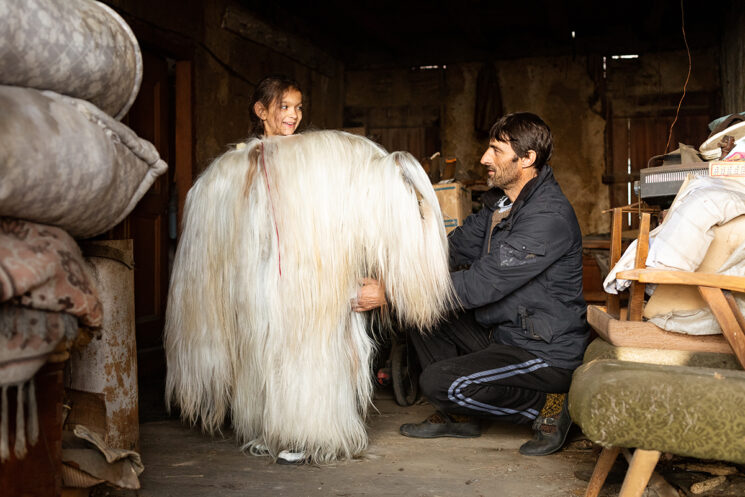 A few weeks later, Ivana’s new and improved costume was ready: enlarged, decorated, and washed. And it was time for Kukeri. “Dressed up as gigantic white-haired monsters, bands of friends paraded together through the village’s streets, taking turns circling the main square,” Asher describes the event.

“Elders stood on their porches, greeting and saluting the passing groups of monsters. Friends met and greeted each other, forming bigger and bigger bands of monstres as they continued scouring the streets together. By mid-day, the village’s main square was packed with crowds of friends and strangers sharing food and Rakia (the local moonshine). The celebration of Kukeri brought families and neighbors to celebrate all together – a beautiful reunion of one big happy family of scary monsters.”

Asher explains that little Ivana wasn’t the first girl in her village to wear a Kukeri costume. However, “her actions and the enthusiastic support of her parents have encouraged many other families to craft little monster costumes for their own daughters,” the photographer notes. Thanks to her distinctive character and strong devotion to the ritual, Ivana even became a local celebrity over the years. And how could she not? She’s adorable, yet so fierce and determined. In my opinion, children like this, with such support from their parents, can become anything they want. 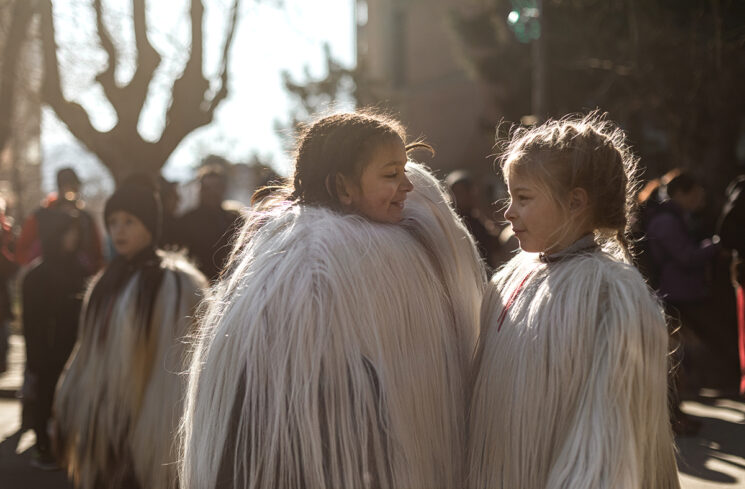 This photo essay tells us an interesting cultural story of one of the few pagan rituals that still persist in Europe, no doubt about that. In fact, I really enjoyed that part! However, it also tells us an important human story about love and family; determination and devotion; and preserving your cultural heritage as well as your bonds with your community. And this is also how Asher describes it:

“As celebrations unfolded in the village, I began to realize that the Kukeri rituals weren’t really about ancient druidic beliefs and the villager’s war against evil spirits… This highly celebrated cultural event, which survived for thousands of years, was about something a lot older and much purer than mere tradition…. it was all about community, family, and strengthening of bonds of friendships.” 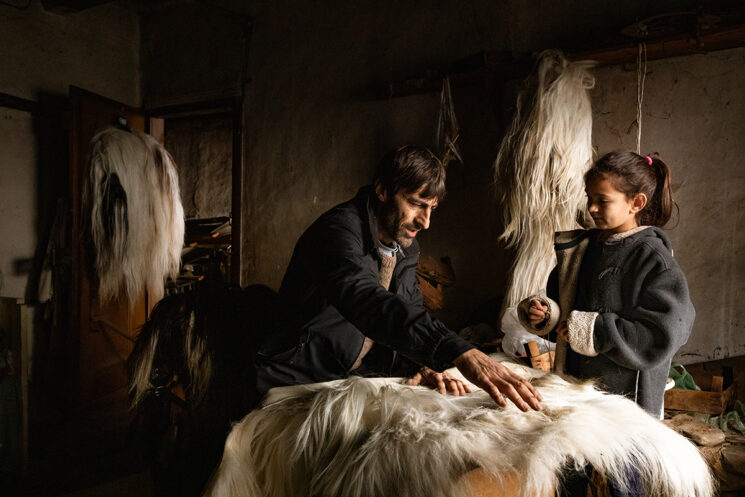 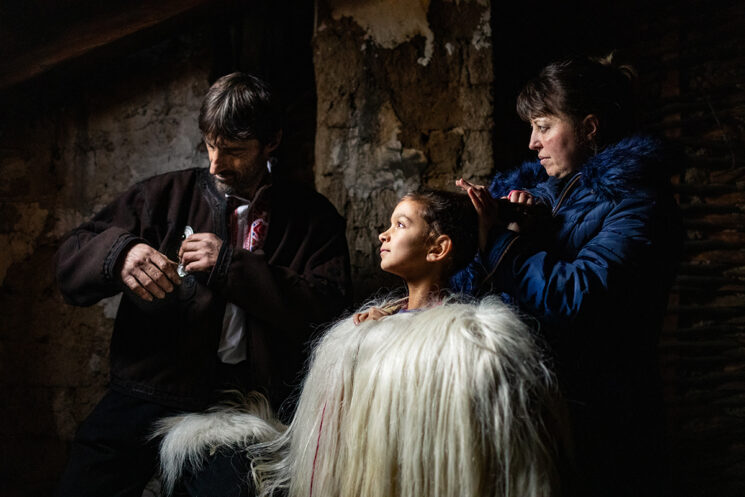 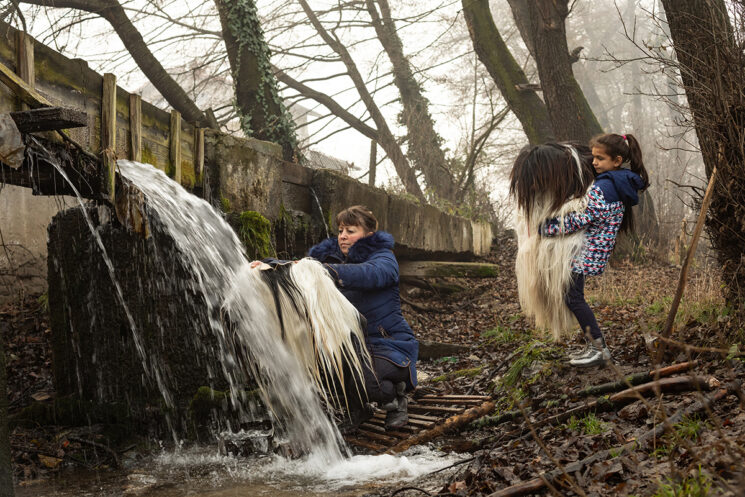 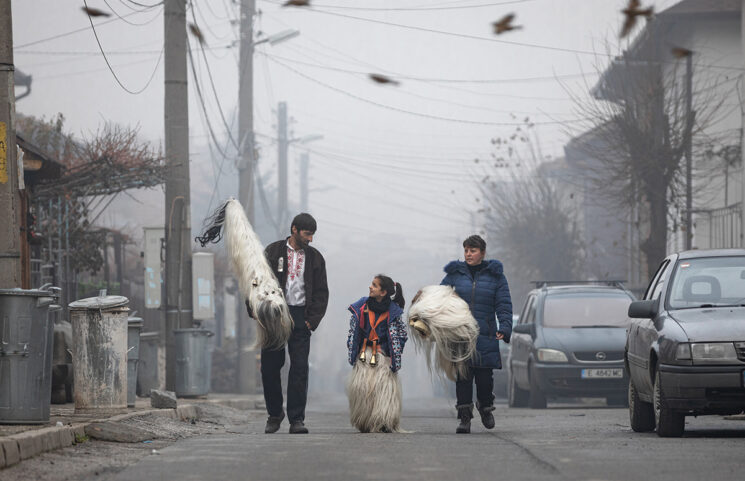 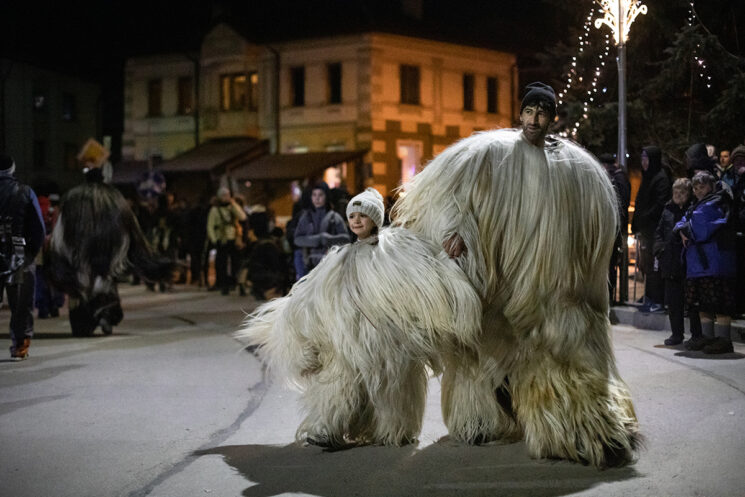 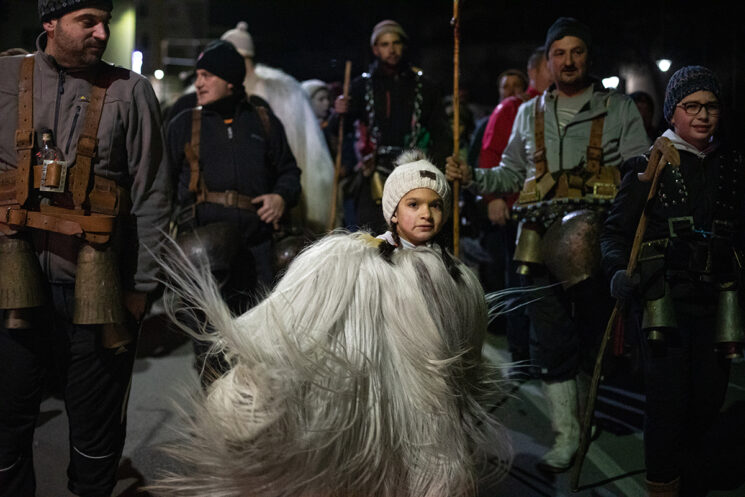 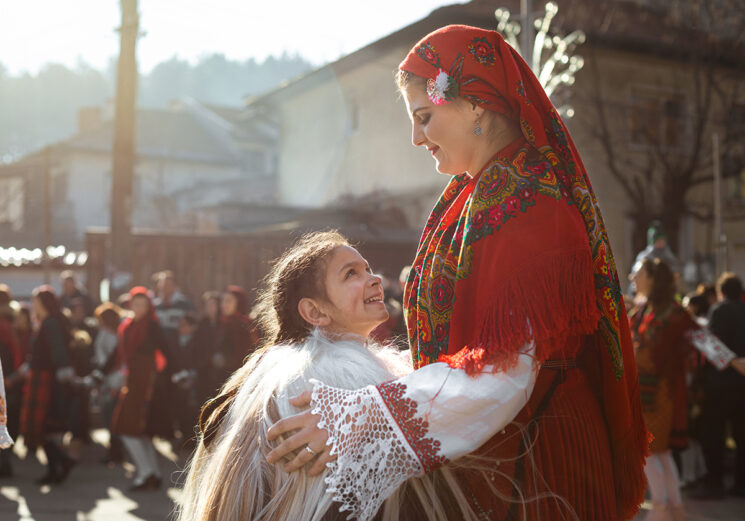 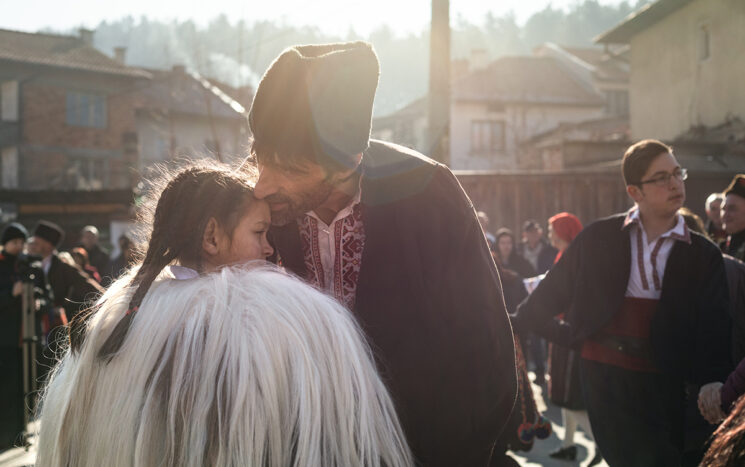 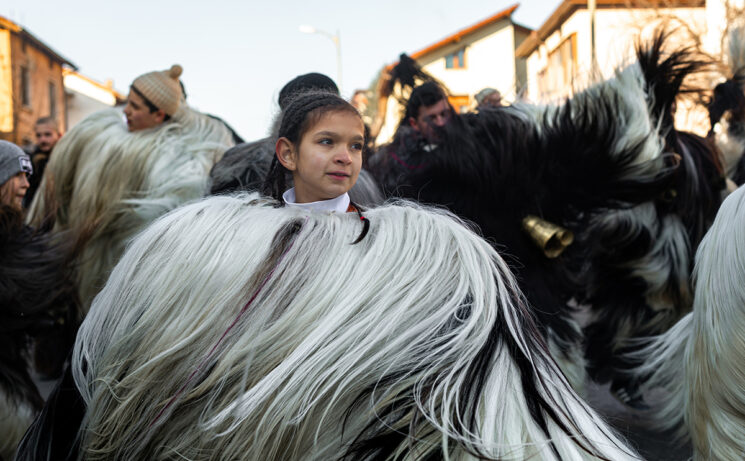 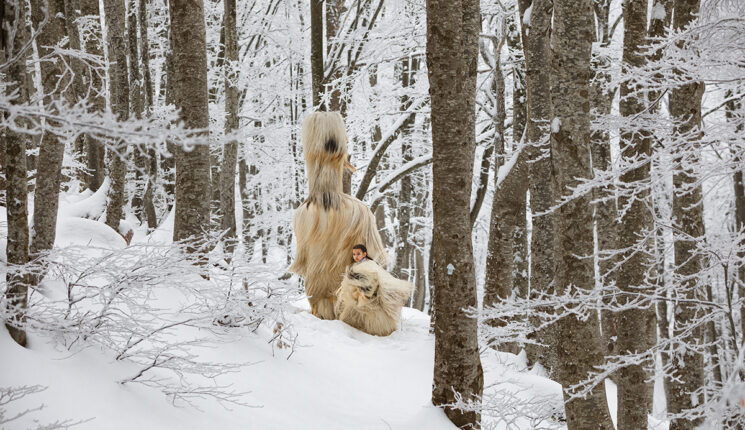 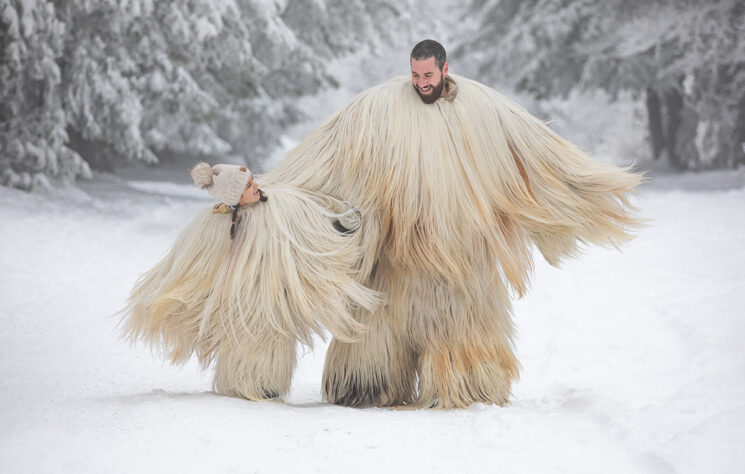 « The northern lights are spectacular this year, but the strongest are still to come
High resolution DJI Mini 3 photos leak ahead of rumoured April 28th announcement »