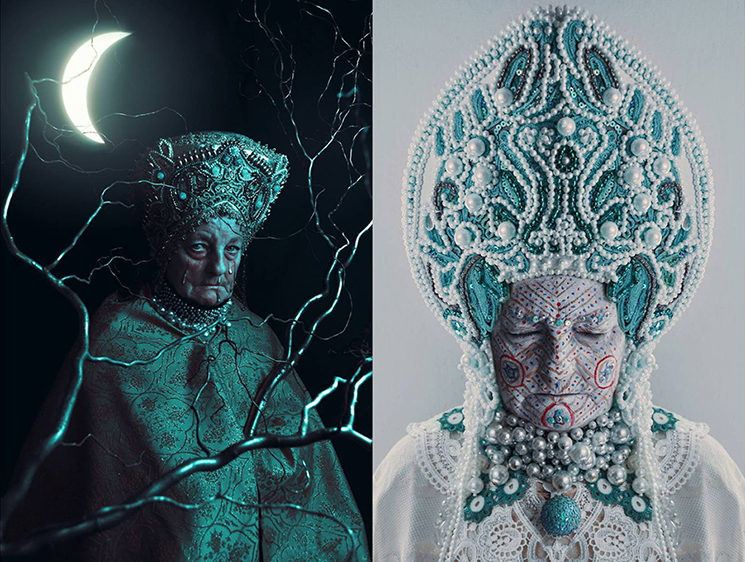 National culture and history are often an inspiration for artists. Polish photographer Marcin Nagraba creates work strongly inspired by the ancient culture of Slavic countries, the culture that existed before Christianity came. His hauntingly beautiful photos are inspired by heathen beliefs and rites our ancestors had centuries ago.

Marcin works together with a talented costume artist Agnieszka Osipa. She creates stunning costumes, so complex and beautiful that you’d expect to see them in a TV series such as Game of Thrones. With those costumes, Marcin creates photos that will take you centuries back. And from time to time, they’ll even make you feel shivers down your spine. 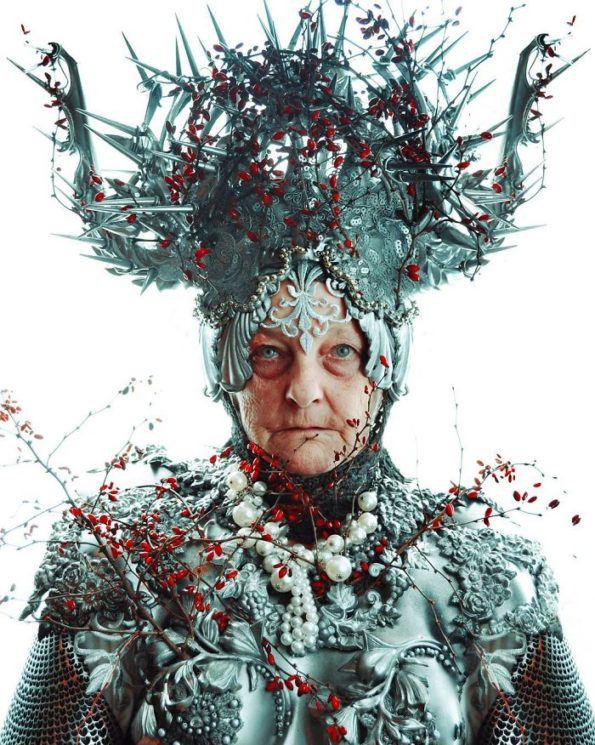 Although the term “pagan” was used to differentiate non-Christian religions from the Christian ones, today it mainly denotes the religions that existed before Christianization took place. In Slavic countries, the Christianization lasted between the 7th and 12th century, and it began in Poland around the late 9th century. Marcin’s work is inspired by the beliefs and rituals that took place before this period.

Marcin tells DIYP that Slavic culture inspires him a lot. But his goal with this project is to show people how he sees it and interprets it. Despite all the changes Slavs went through in history, many “pagan” rituals have stuck to this day, in their more or less adapted version. So I can understand why Marcin sees inspiration in the Slavic culture that goes so deep into the past. 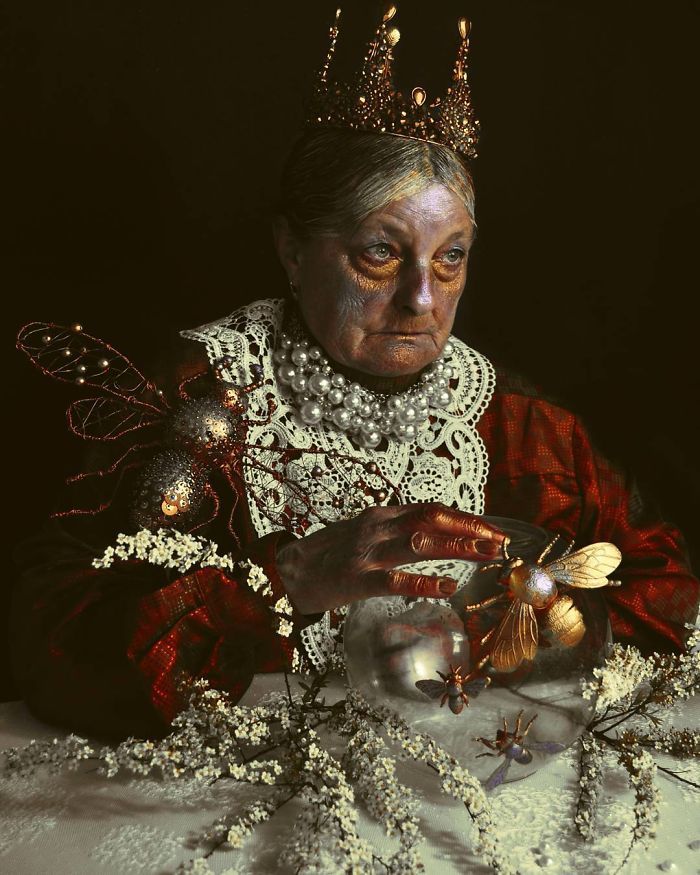 Considering how complex the costumes are, it seems that the preparation of the model and the photo session last forever. However, Marcin says it’s not necessarily the case. If he has a good idea, the entire styling and makeup last for only half an hour!

Even though the photos have pretty dark and haunting style, there is one thing I find charming about them. This lady who is one of the most frequent models – that’s Marcin’s mom. She poses for these slightly disturbing, dark and powerful photos, and I think she is an awesome mom and she makes an equally awesome model. Marcin says he’s never seen anyone photograph their mother in a project like this one, which is another great motive to keep working on the photos. 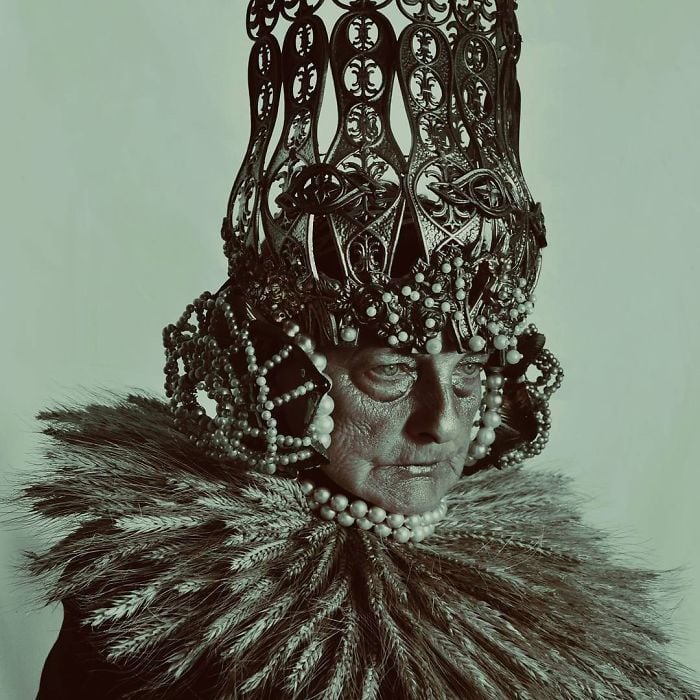 The project has been ongoing for four years now. All this time, Marcin has been cooperating with Agnieszka Osipa, the incredibly-talented costume designer. Marcin says her costumes are the basis for the photos, and they often talk, work together and inspire each other to create further. In the future, it’s Marcin’s plan to publish a book with these photos. And until then, you can enjoy them here: 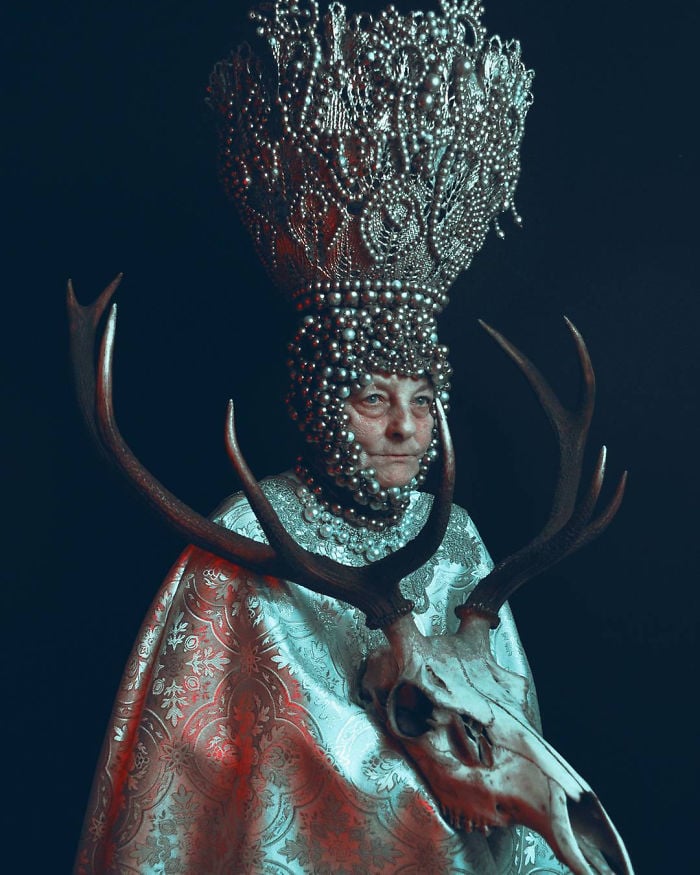 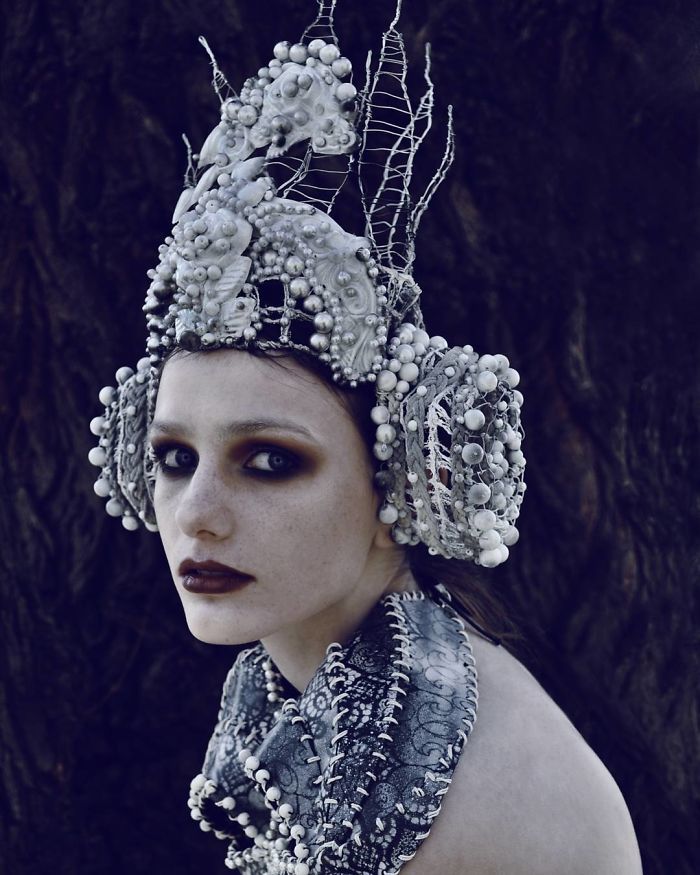 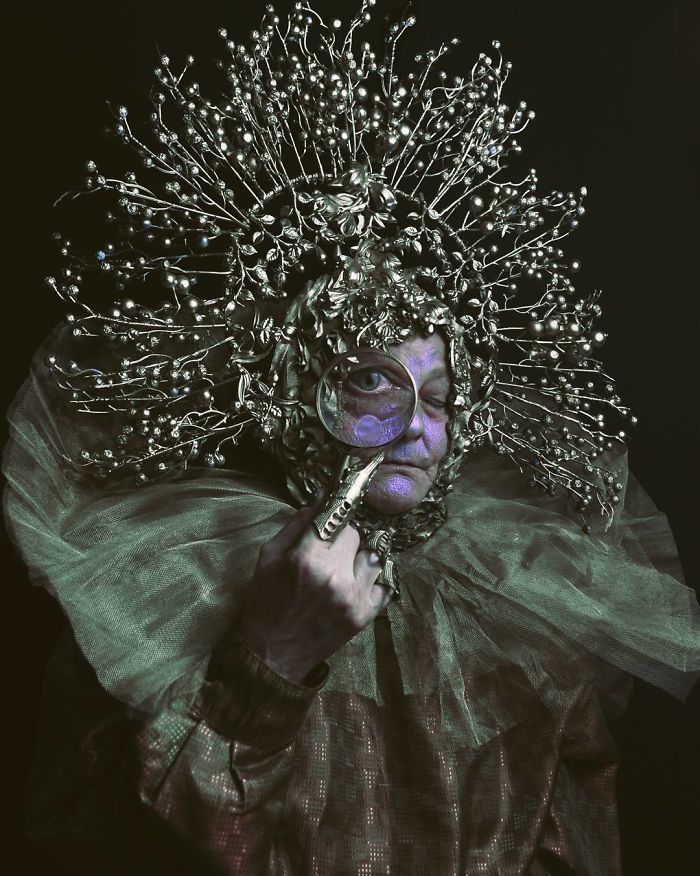 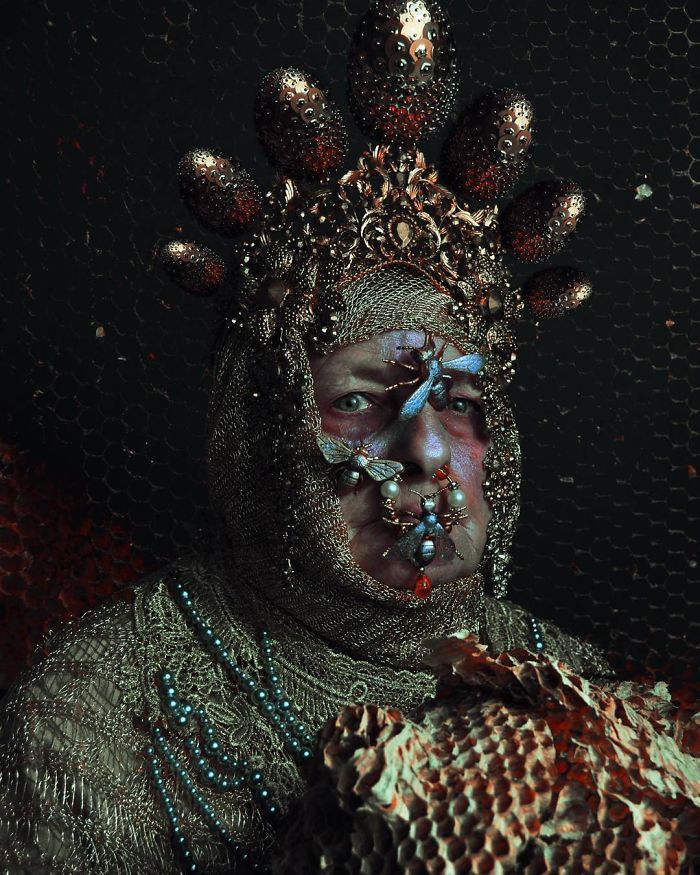 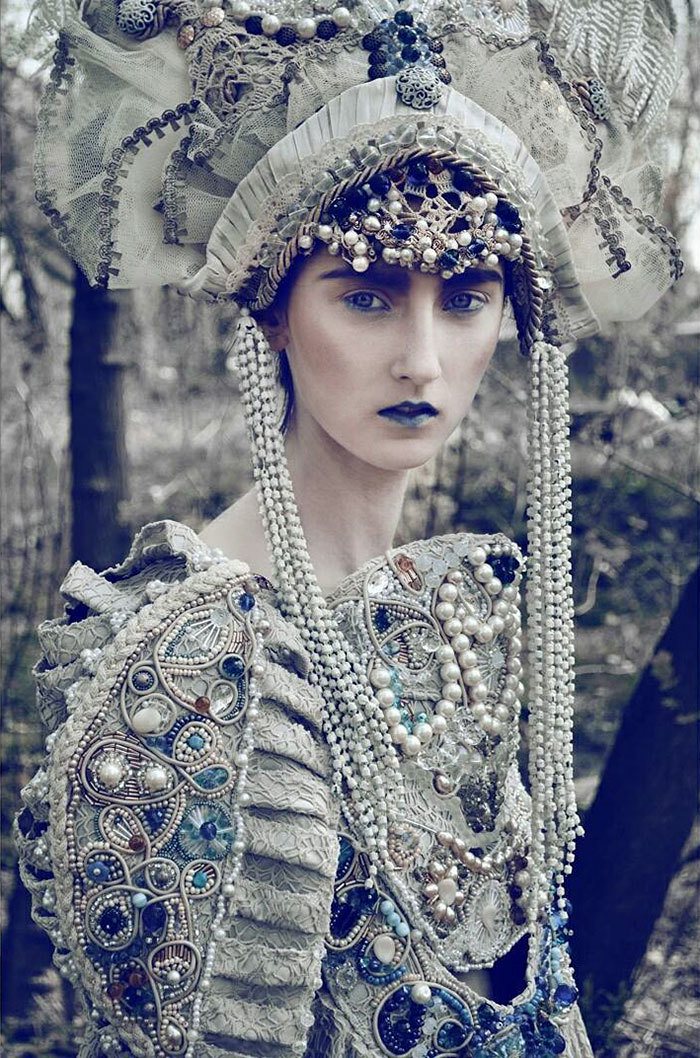 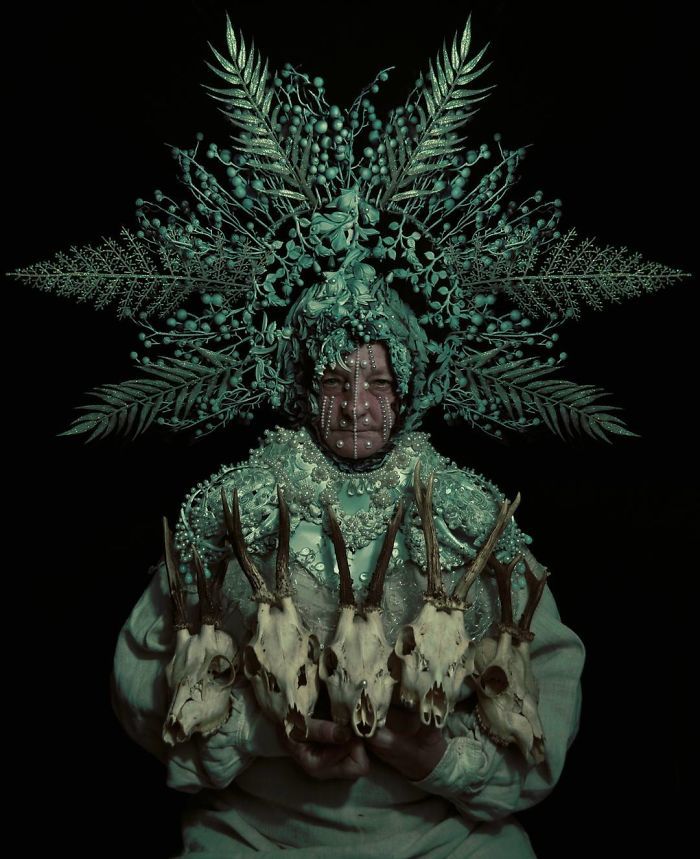 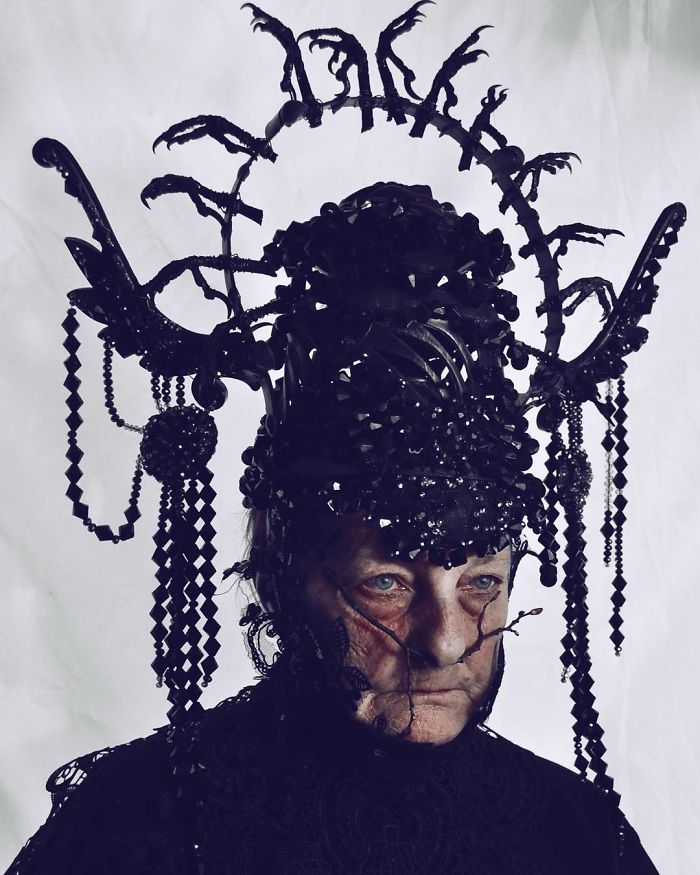 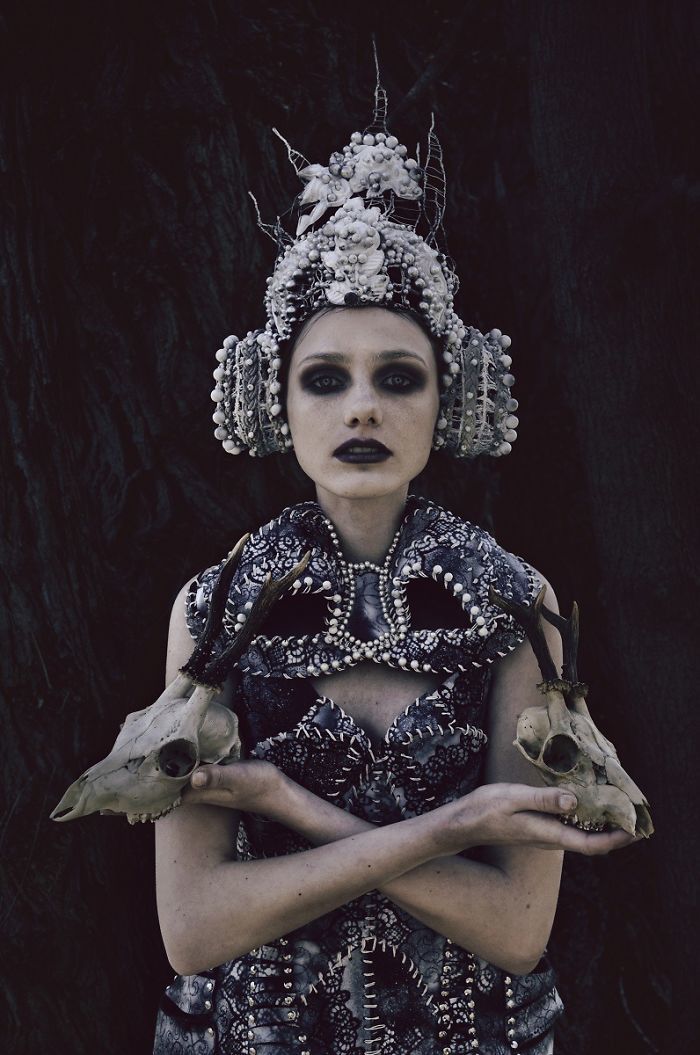 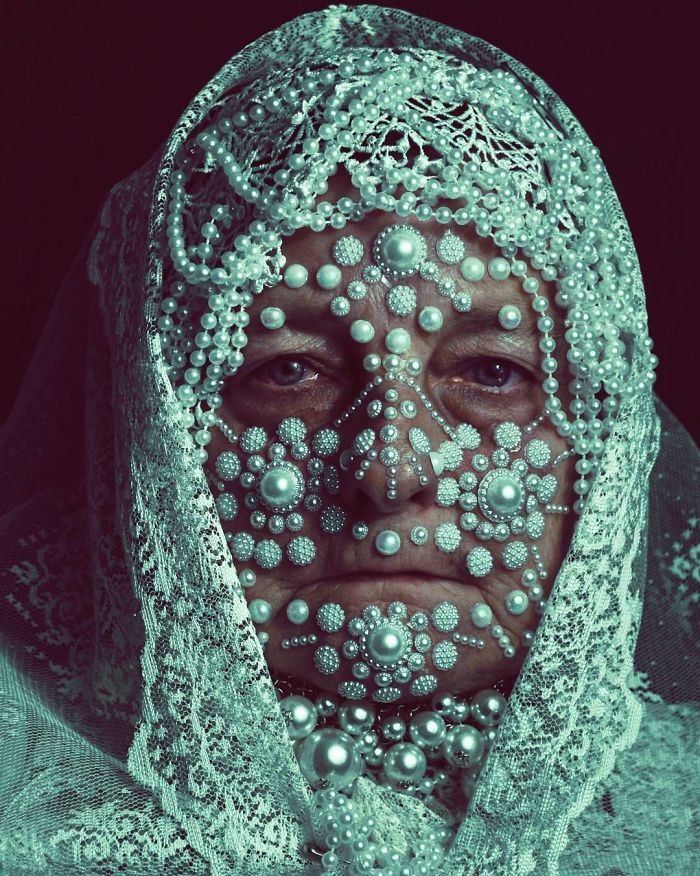 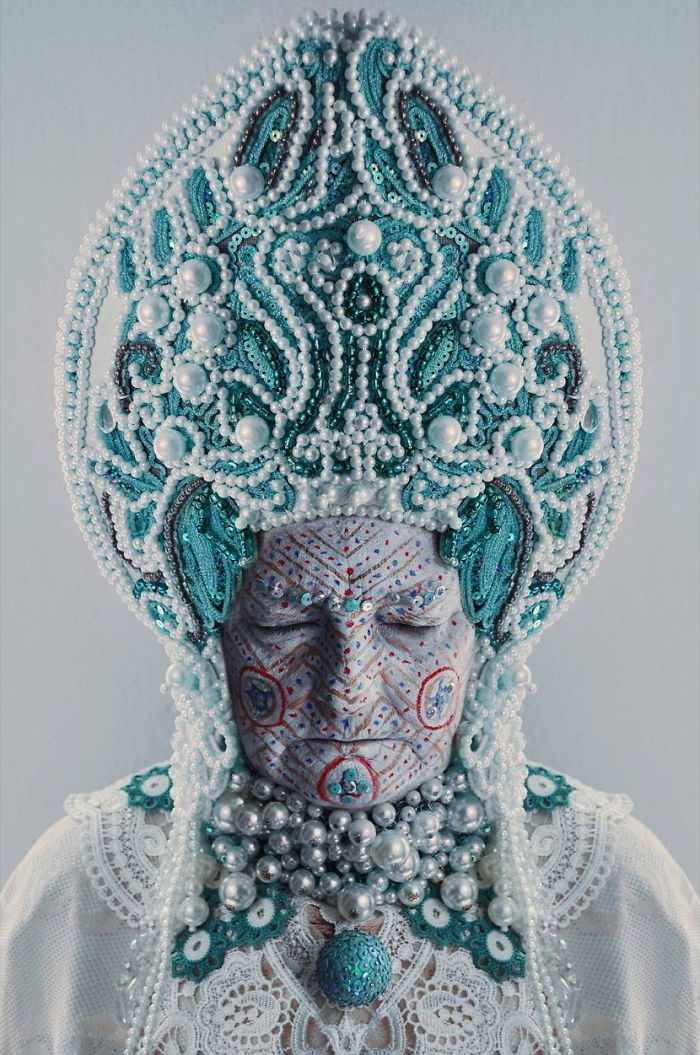 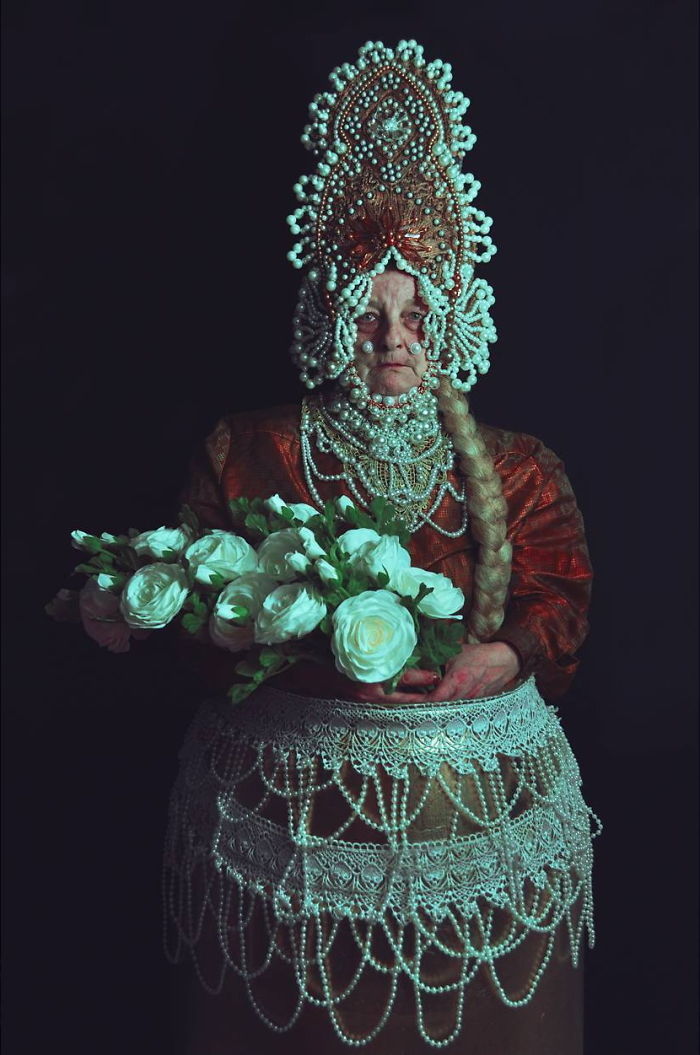 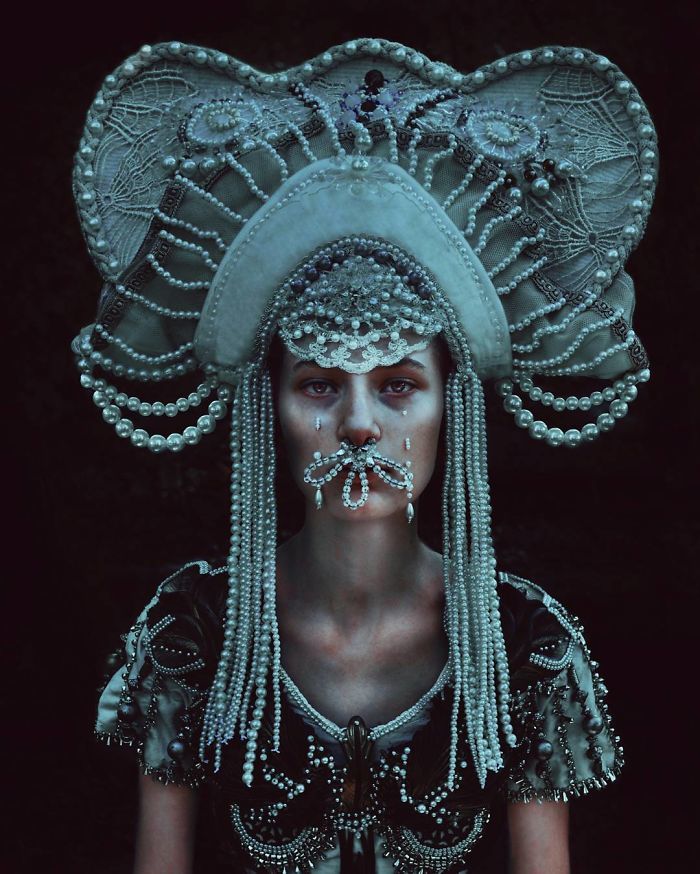 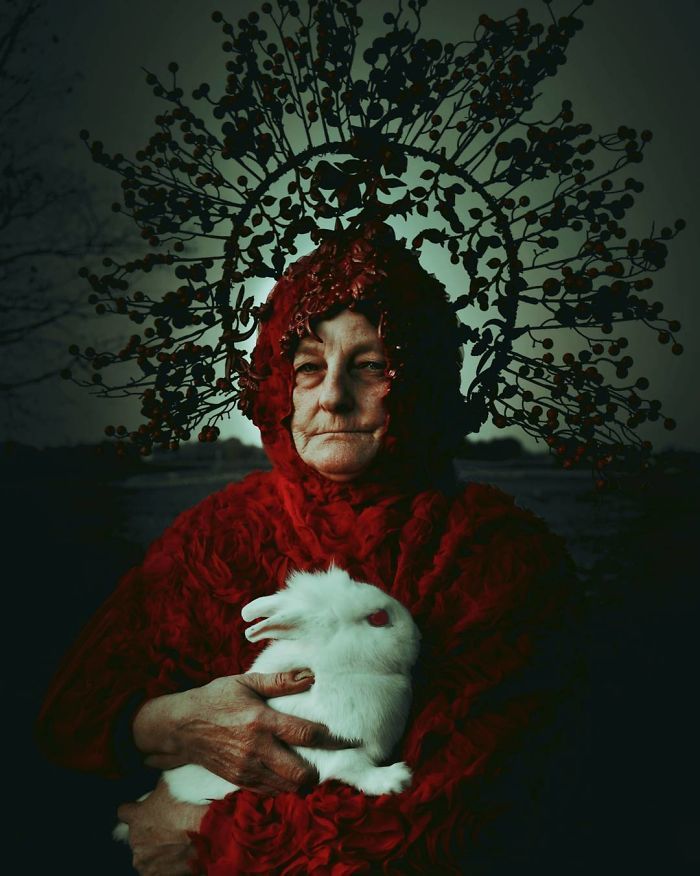 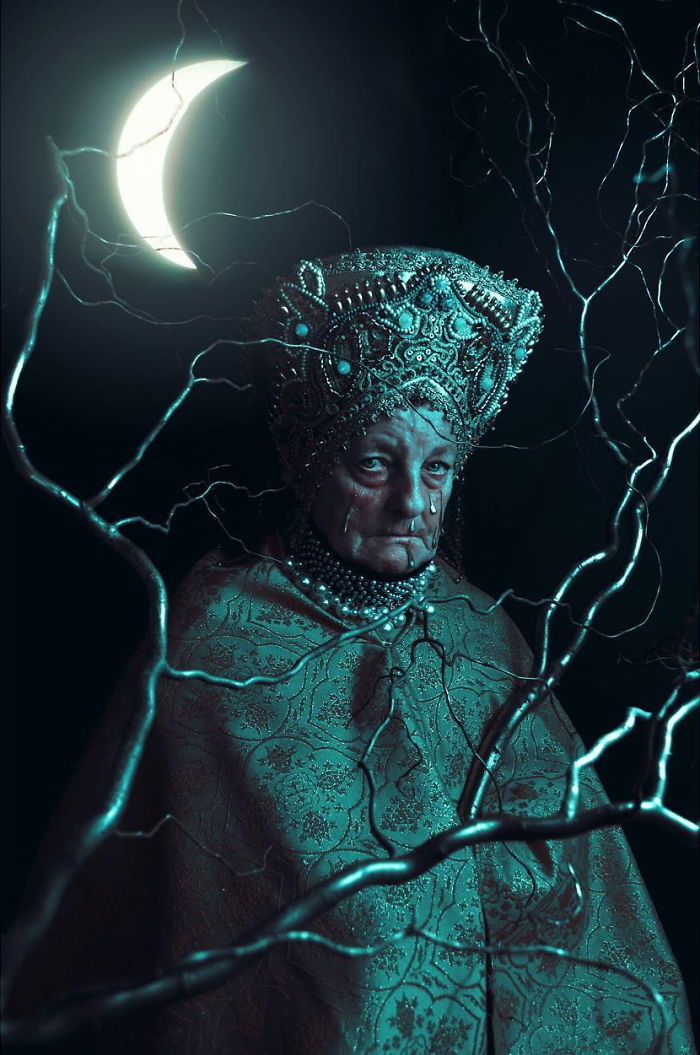 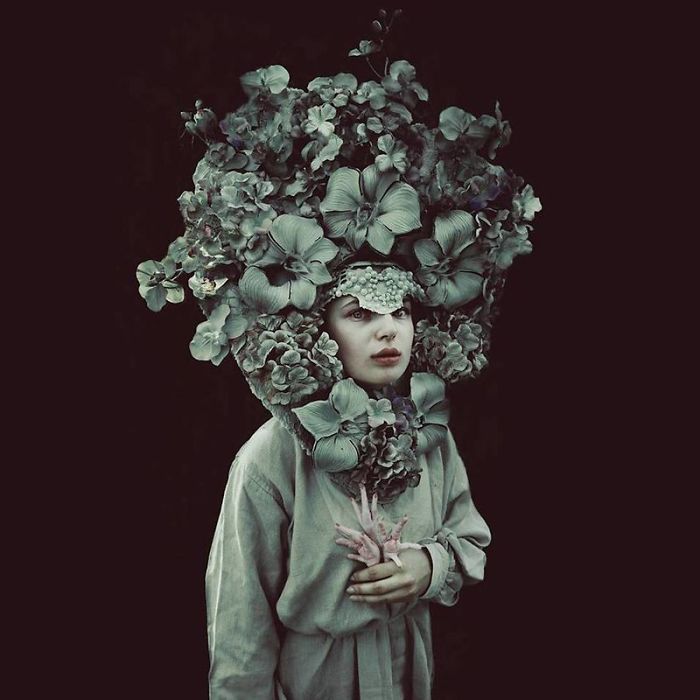 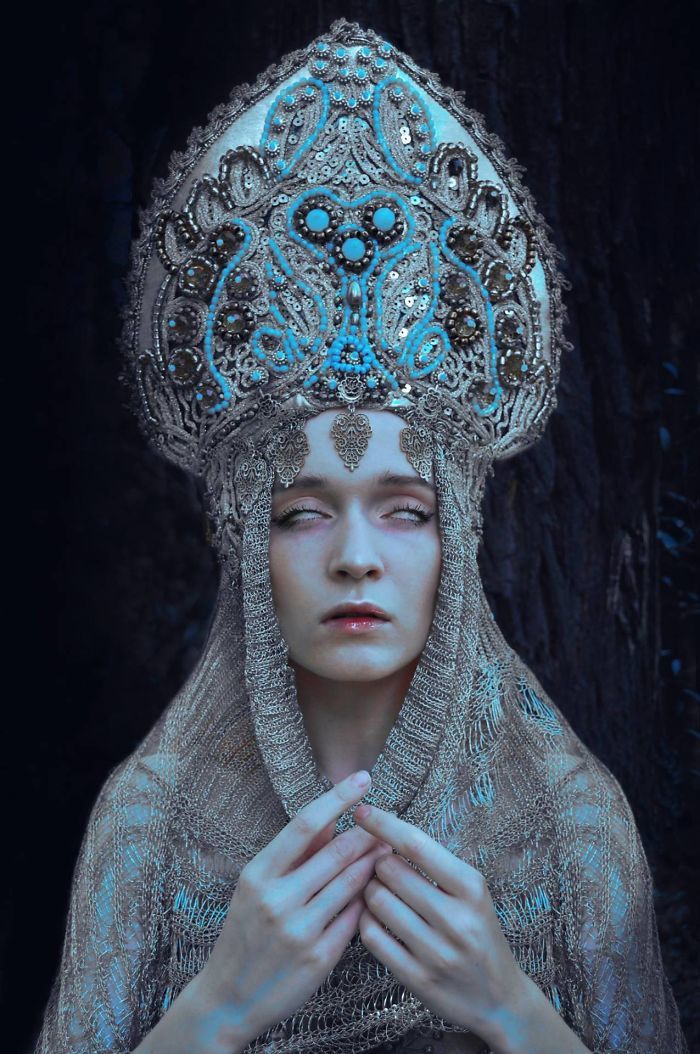 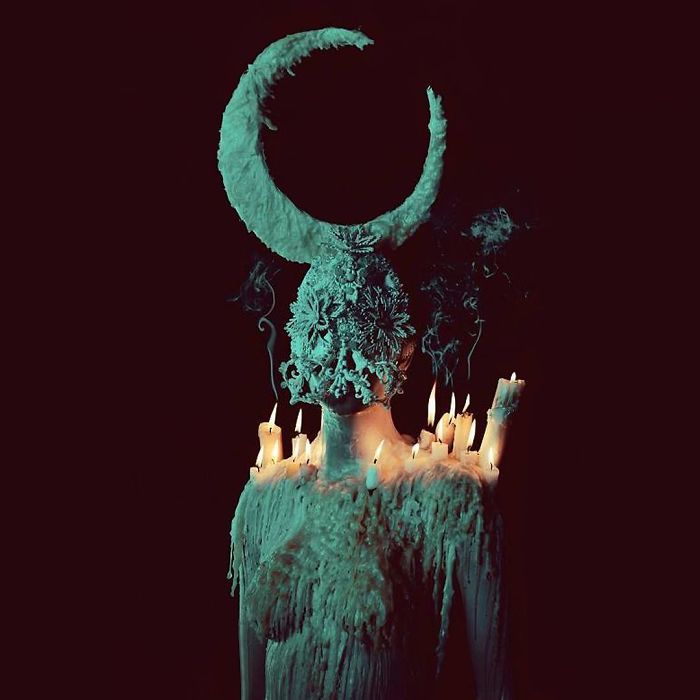 This mystical giraffe photo wins Nature Photographer of the Year 2020