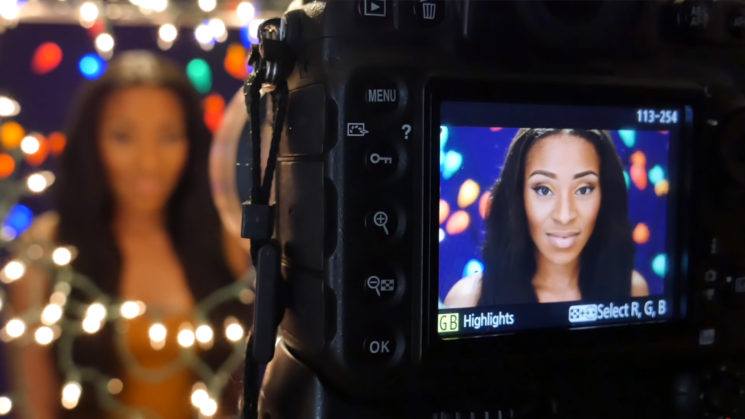 Chrismas lights are usually in use for maybe six weeks out of the year. The other 44 weeks, they typically reside in a box in the attic or a cupboard under the stairs. It seems a bit of a waste to me. When photographer Joe Edelman‘s wife informed him she was going to a “Christmas in July” sale, it made him think the same thing.

In this video, Joe shows us a bunch of ways to make use of Christmas lights throughout the year. Whether it’s to serve as the main light source for a portrait, or an interesting sparkly background, they have plenty of uses besides just hanging off a tree. 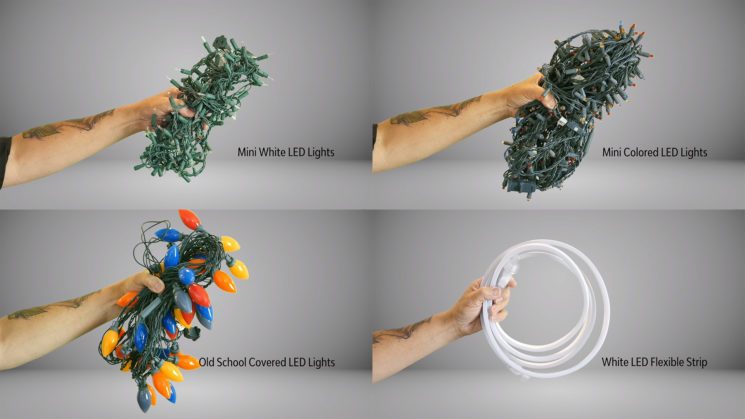 Joe initially uses the mini white LED lights as a main light source, which produces a very cool ring light-style look. The string of larger covered LED lights forms a great out of focus multicoloured background to the shot. 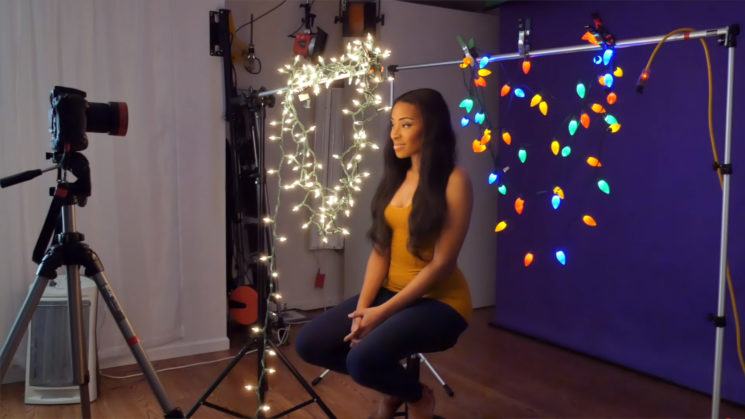 Even though the white LEDs produce a very similar look to a ringlight, it does have one distinct advantage. You can create pretty much any shape you wish for the catchlight in the subject’s eyes. Here, they resemble a heart shape. Joe also added a small desktop clamp light above the subject as a hair light. 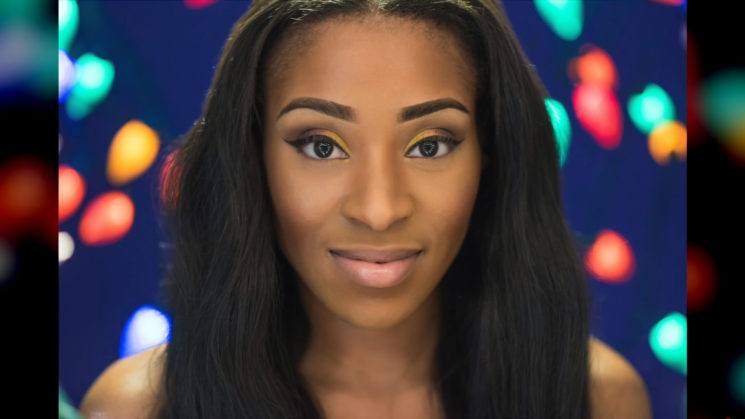 The one thing you have to watch out for with Christmas lights, though, is that they’re not very powerful. So, while you can get a great look, you’ll probably be at relatively slow shutter speeds and/or higher ISO. For the above shot, Joe was at ISO400, shooting 1/20th of a second at f/2.0 from a tripod.

Joe also went black and white. For this shot, he moved left a little to include some of the white LED lights in the foreground in front of the subject. Here the main light source is the clamp light, above the subject on camera right. This meant that Joe was able to speed up the shutter to 1/50th of a second and close up the aperture to f/2.8. 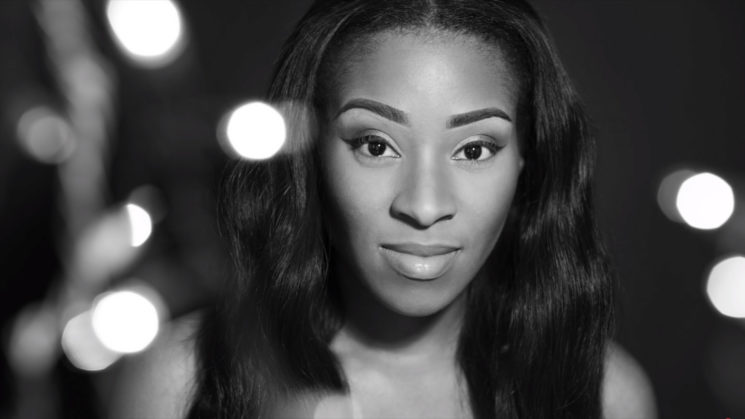 When the flexible LED strip comes out, things get very cool. There’s one here around the subject’s neck and also acting as the main light source. This reminds me of something out of TRON. 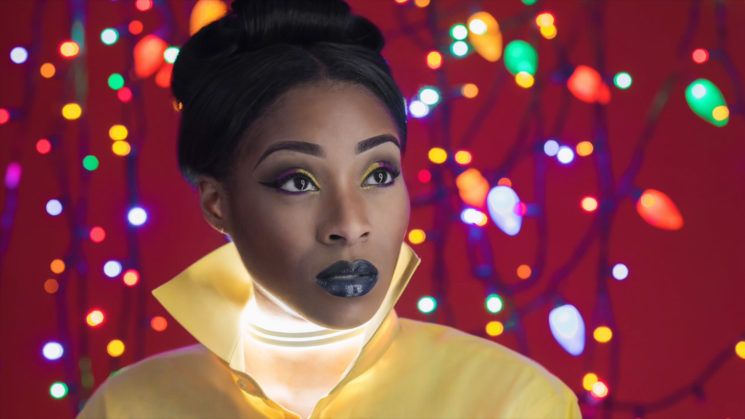 The behind the scenes shot for this photo also looks kinda cool. An ingenious way to have a flexible LED light pulling double duty. 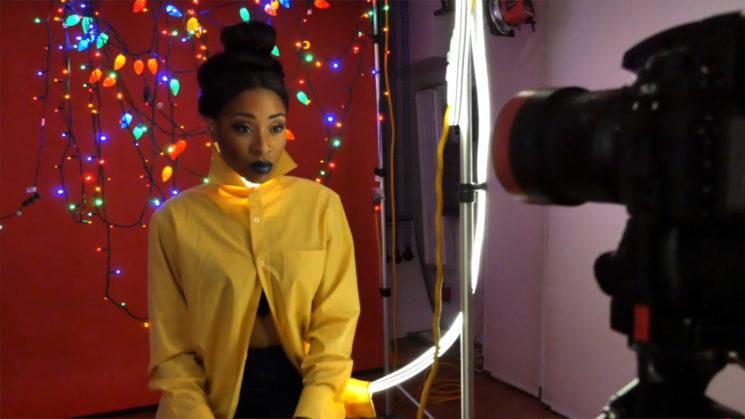 While these aren’t exactly the high CRI lights that we may be used to, Joe says it’s not a big deal. They’re cheap Christmas lights. All you really need is to set your white balance and shoot. And if you’re going to black and white, then even that really doesn’t matter.

There are a few things you’ll want to watch out for with Christmas lights, though, especially LED ones. Certain types of lights can cause flickering issues when presented to the camera. While photos may not flicker like video, it does mean that your exposure could potentially be different from shot to shot.

There are ways around that, though, and you can read more about the different types of LED lights here.

So, what are your Christmas lights doing right now?