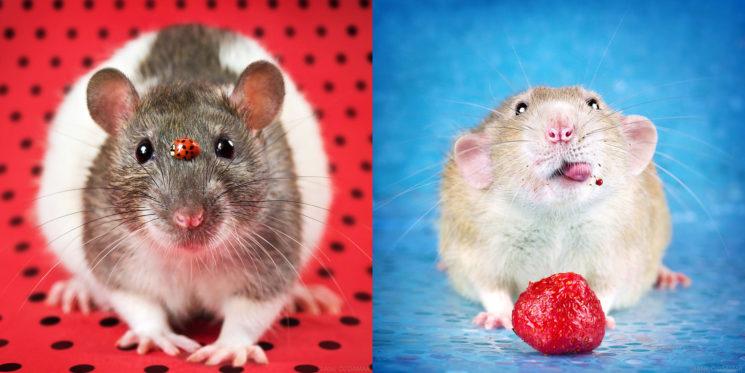 What’s your first thought when you think of rats? Filthy? Contagious? Dangerous? Well, there is a lot beyond that, and these rodents hide a lot of wonderful traits behind the stereotypes we have about them. French photographer Diane Özdamar dedicated years of her life to break this negative image.

She captured many rats in a photo series that will melt your heart and make you realize how sweet these creatures can be. I chatted with Diane about her process, which involves a lot of love, patience, and DIY approach. And as a result – there are photos of rats that could make you adopt one as a pet. Or actually, two, as rats need a companion of the same sex to have a normal happy life. 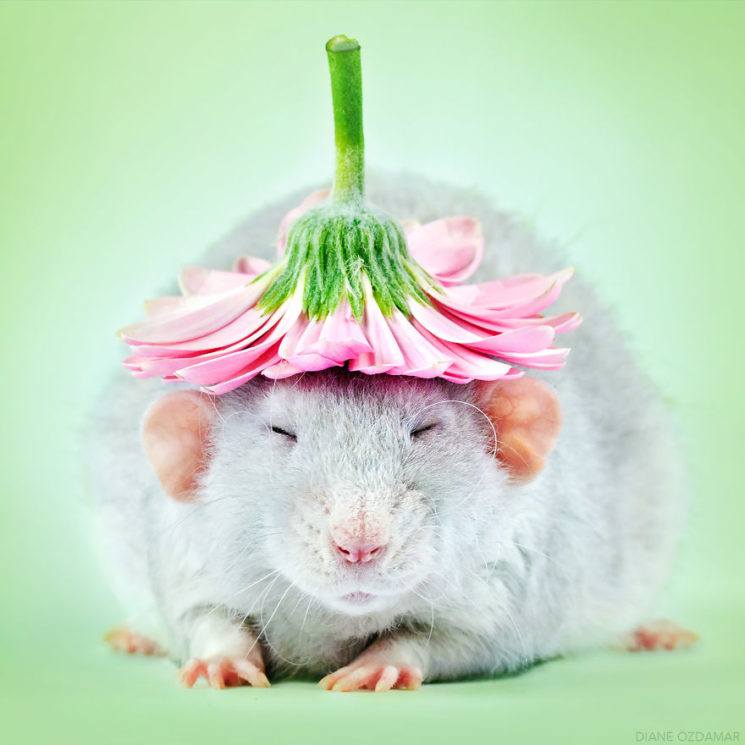 A few years ago, Diane fostered a couple of rescue rats. She needed to find a home for them, so she took some photos of them. This is when she realized these cute photos not only make it easier for the rats to find a home, but they also help people overcome their prejudices and fears. And this is when her photo series started. She photographed her own rats, as well as those of her friends and those still waiting for a home.

When it comes to her, gear, Diane says she’s never owned lots of professional gear. So, there was a lot of improvisation. She built a mini-studio out of a small coffee table leaning against a wall, some desk lamps (she got two soft light reflectors later) and pieces of wrapping paper. There were also colored plastic sheets or fabric remnants taped to the wall as a background. As for the tiny accessories you see in the photos, she made them all herself (except for a mini black hat she borrowed from a friend). Other than being perfectly sized for her little models, this also kept the costs minimal. 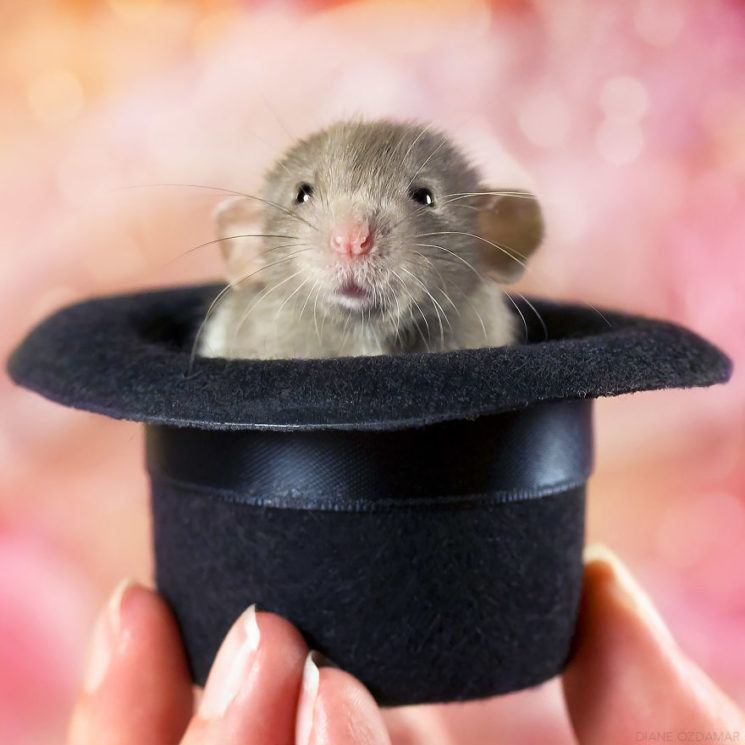 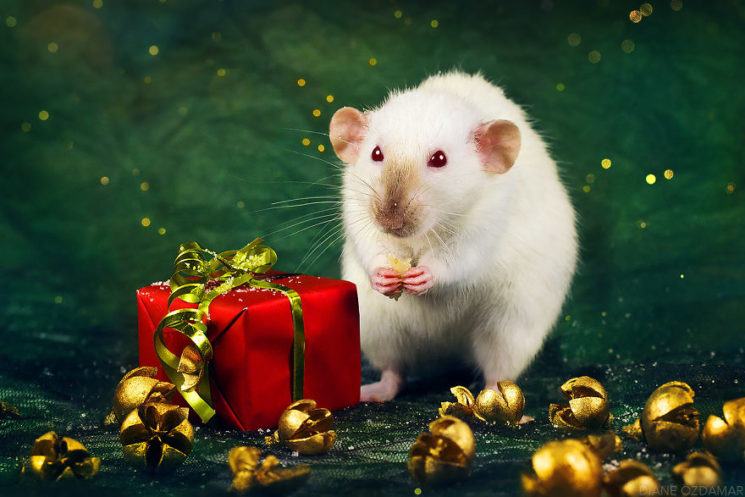 I was very curious to hear how difficult it is to photograph rats. They seem like mischievous little rascals. And indeed, they are. They are very curious and playful, so Diane’s biggest challenge was to make them “pose” and stand still for more than 2-3 seconds. On the other hand, there were rats that had been abused, so they were frightened of people. Either way, it took a lot of patience, petting the animals and playing with them to gain their trust. And of course – lots of treats. As a result, she would be rewarded with the animals that simply enjoyed playing with her and in front of the camera. 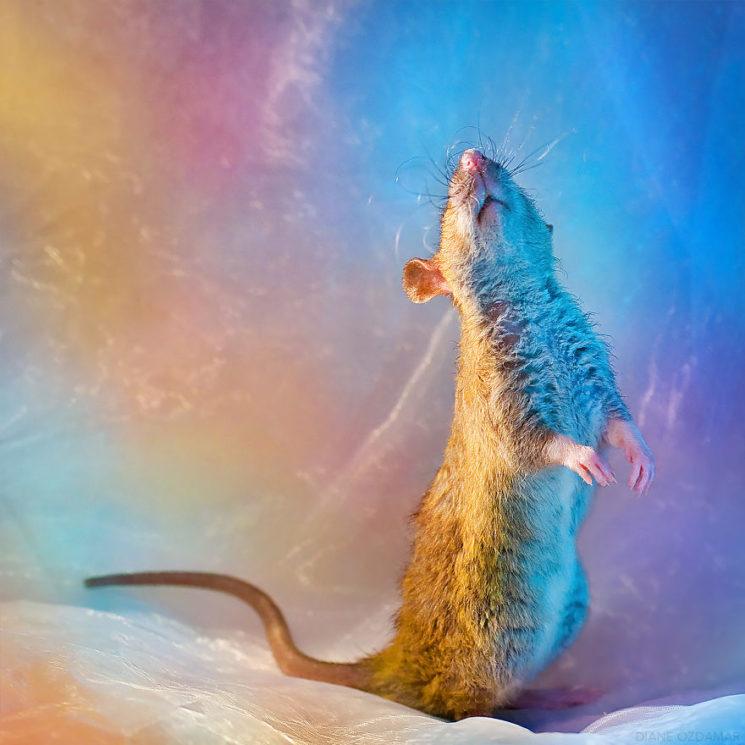 She even says that some rats got so used to the camera and the studio that they would “ask for more.” For example, her rats would climb onto the mini studio and look at her with those begging eyes, just to get some more treats and cuddles. And as she says, she’s learned through all these years that you just can’t resist to these cute beggars. 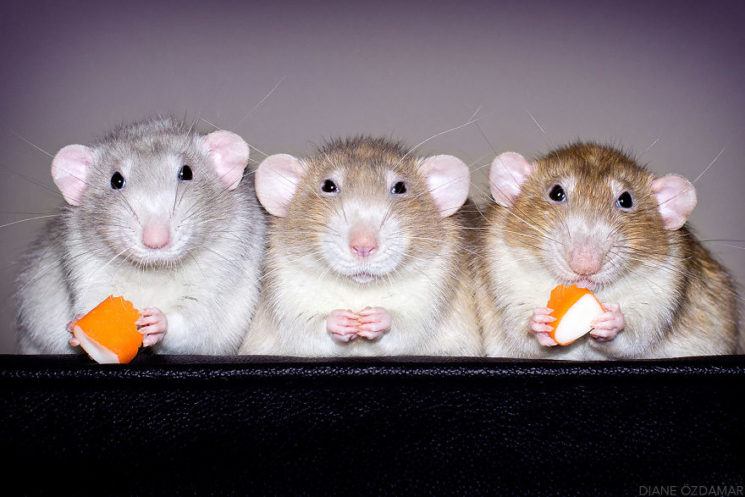 Rats are small animals, but with big personalities. They are very intelligent, and Diane told me many rat owners compare them to “tiny dogs.” According to her, they also have a couple of traits that remind her of cats. Either way, they are misunderstood, but they are clever and fun little creatures. And as you can see in Diane’s photos: they are also incredibly cute. 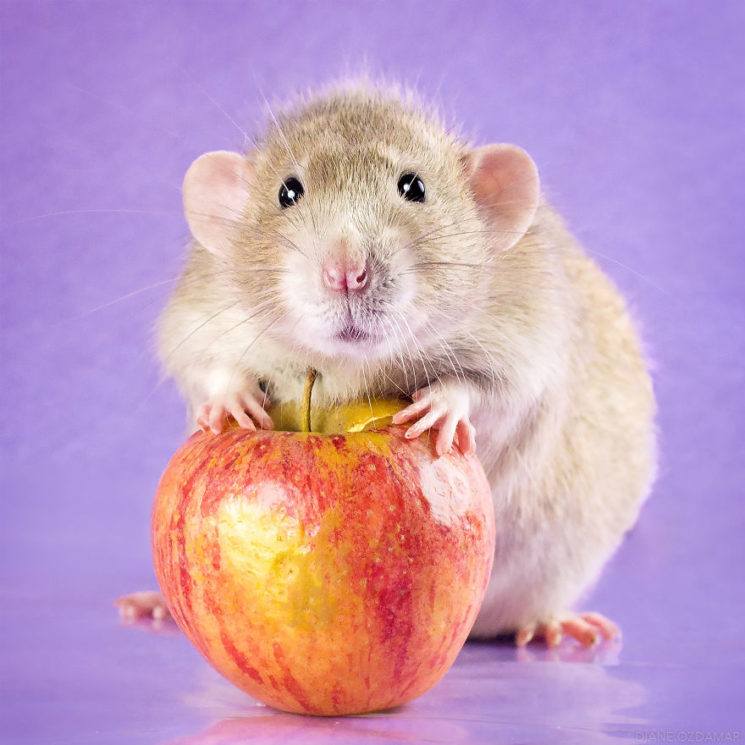 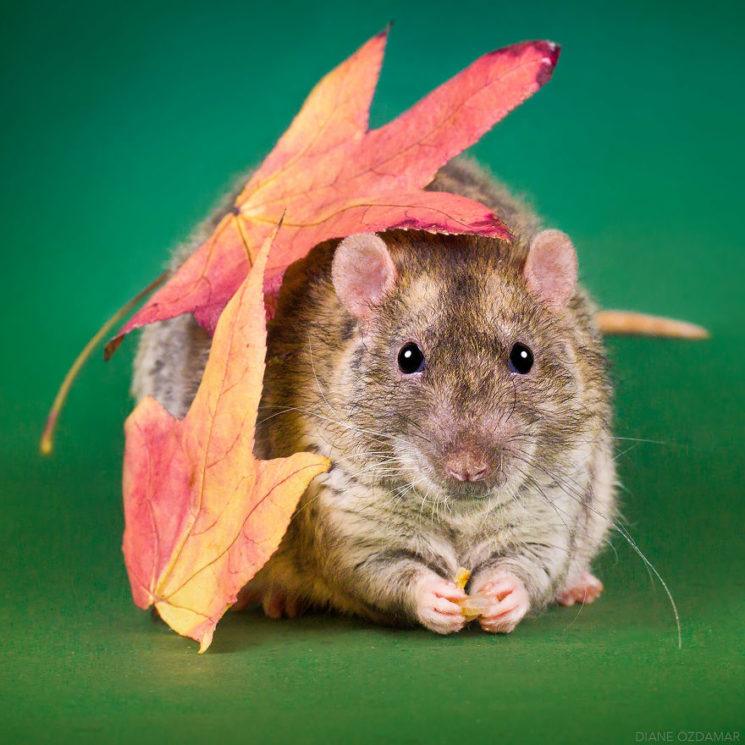 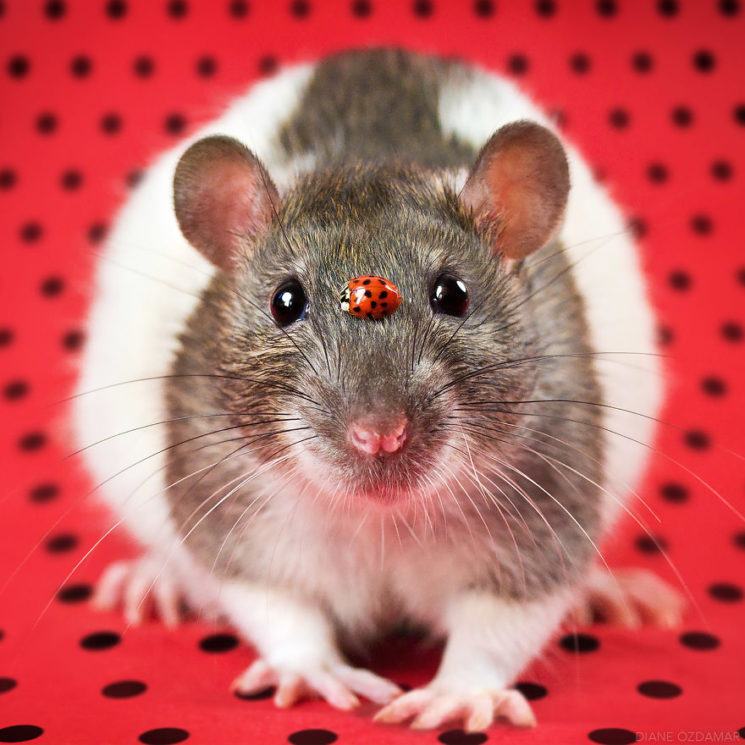 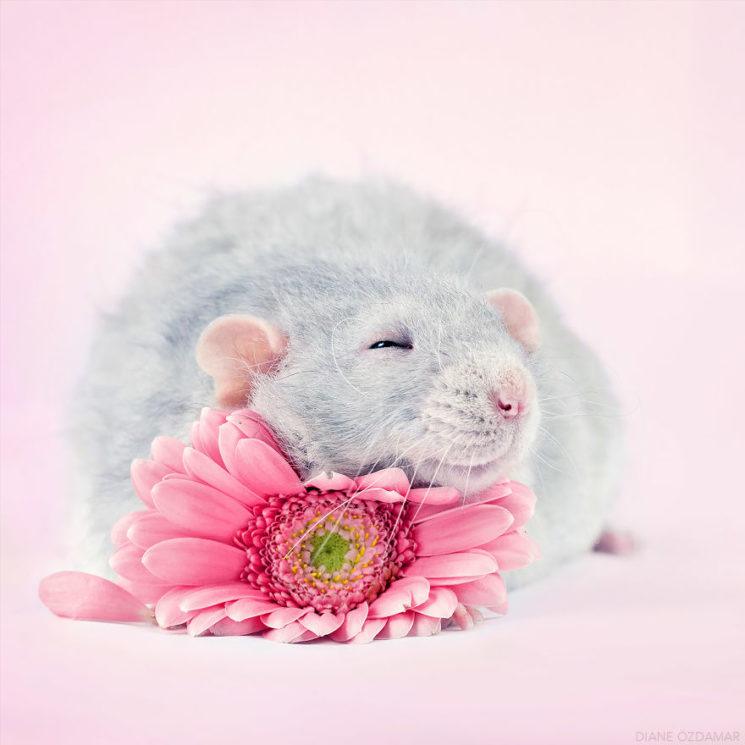 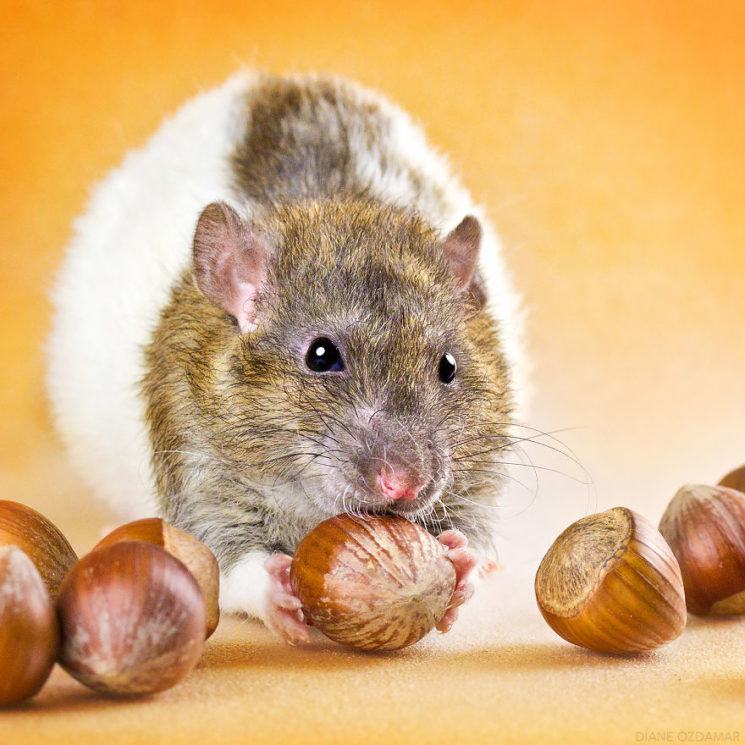 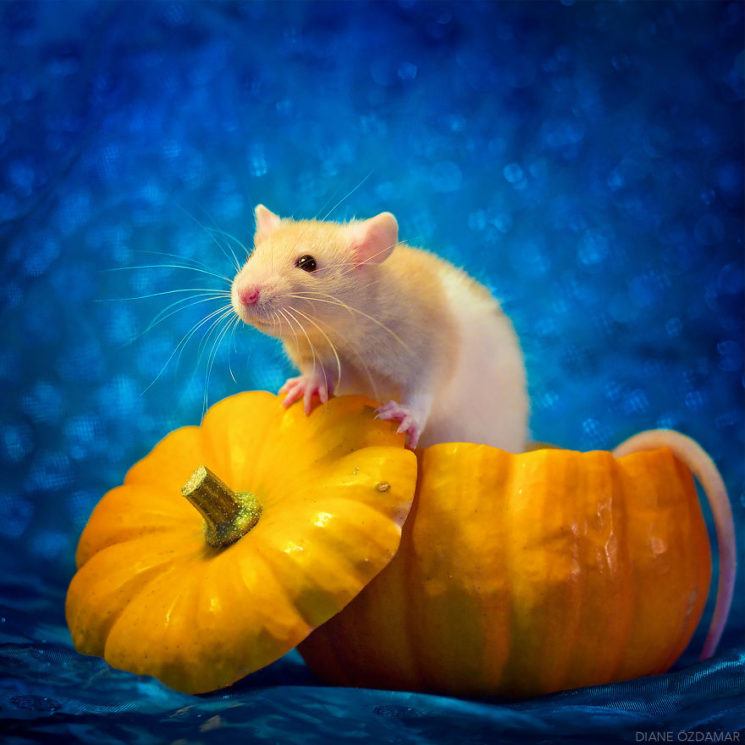 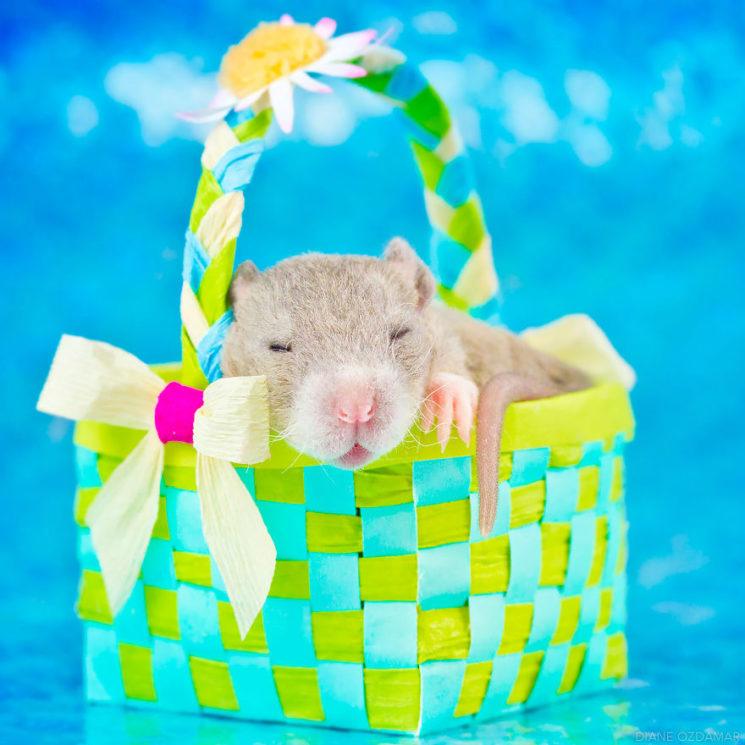 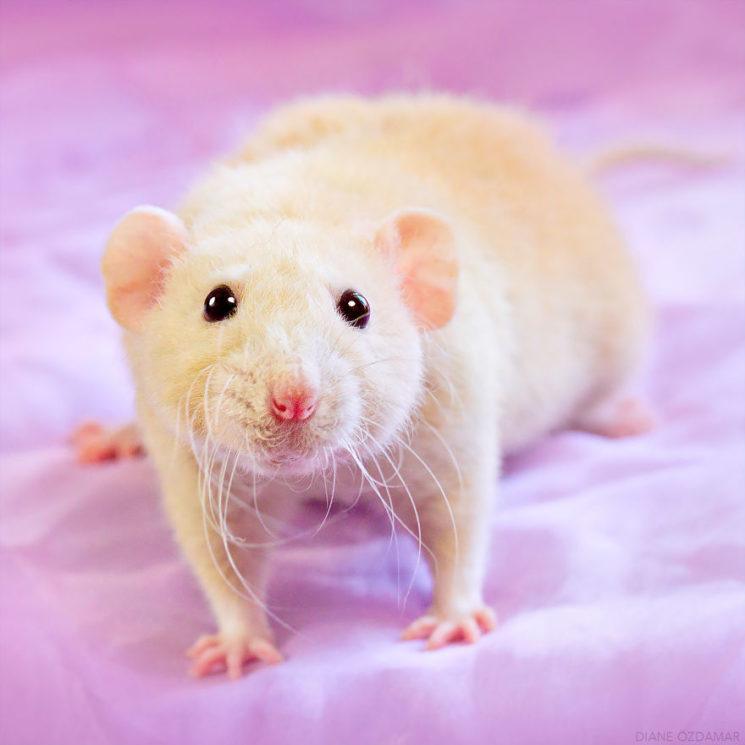 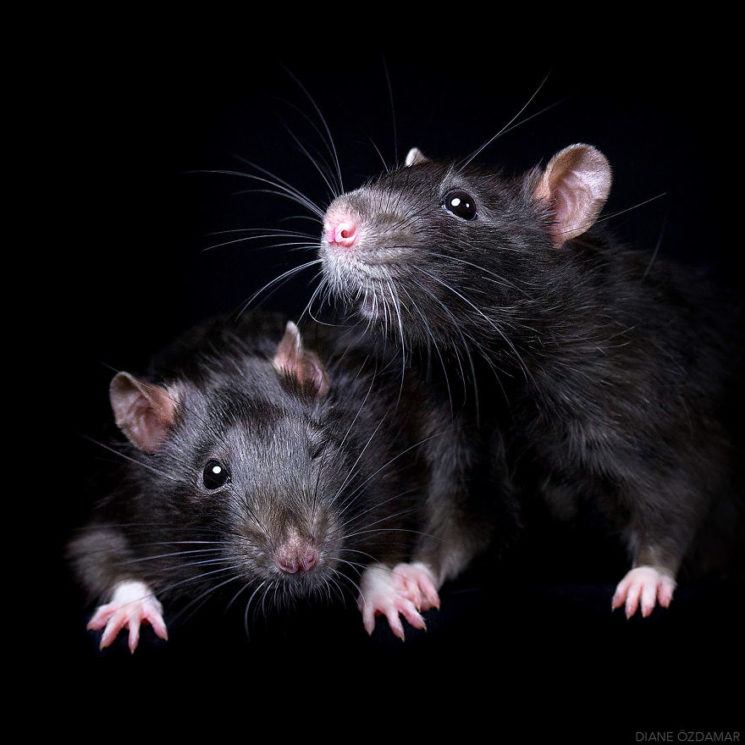 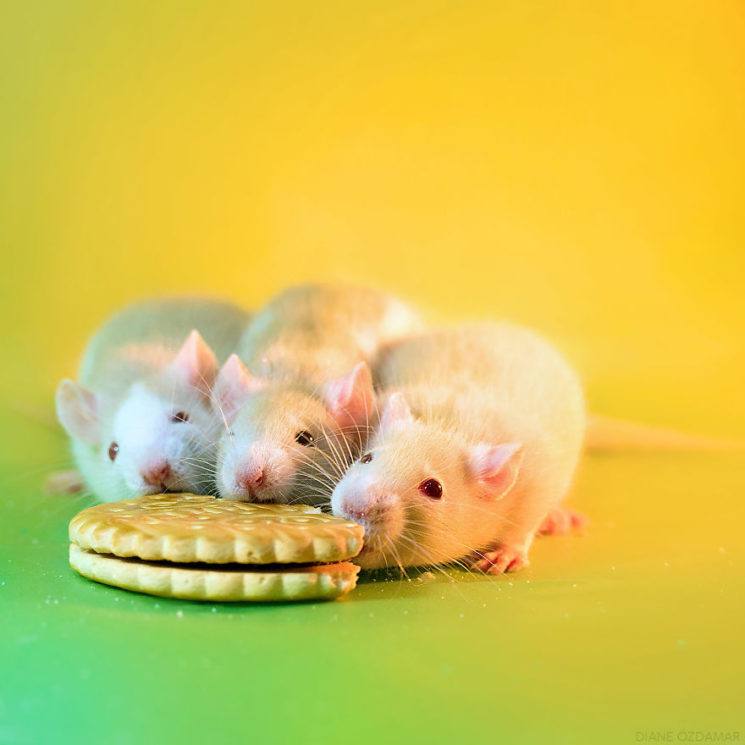 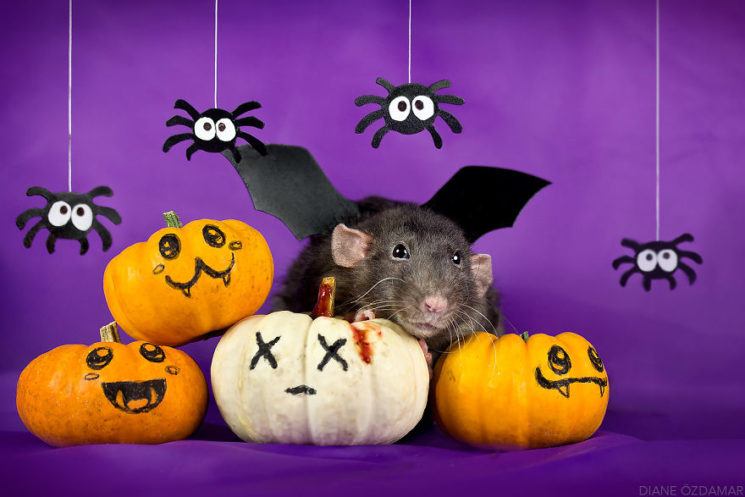 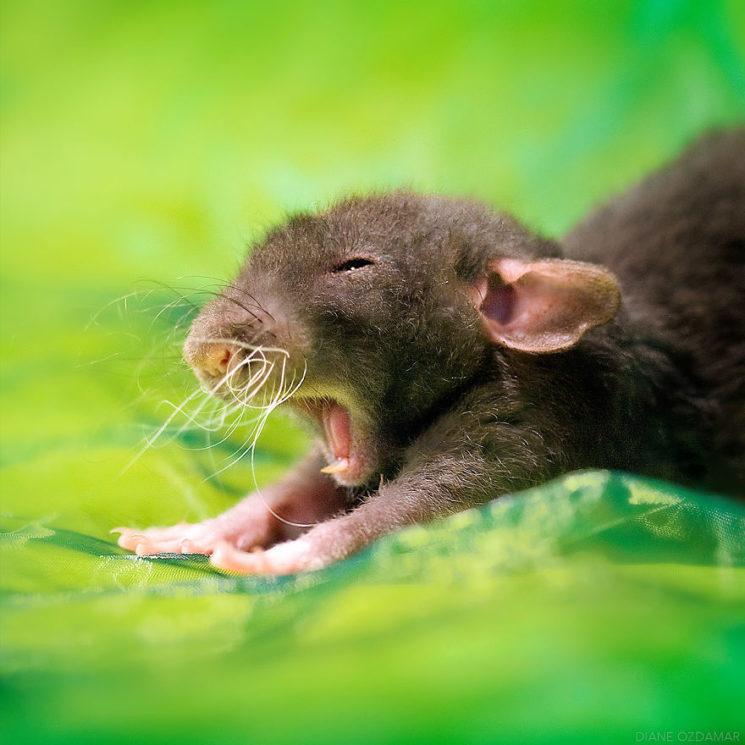 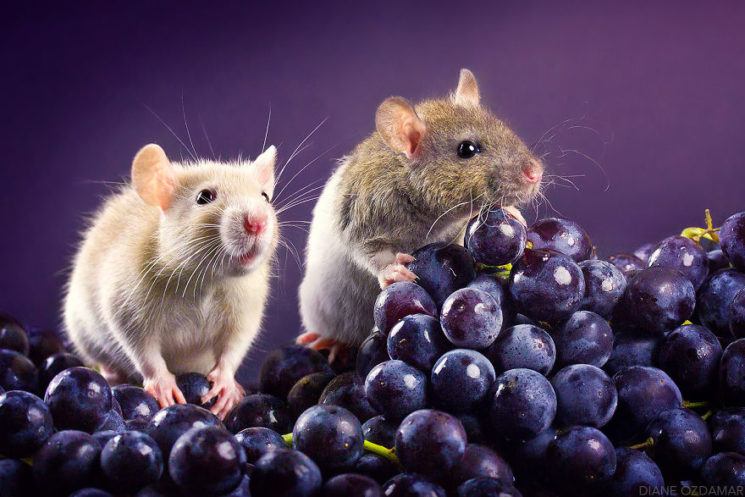 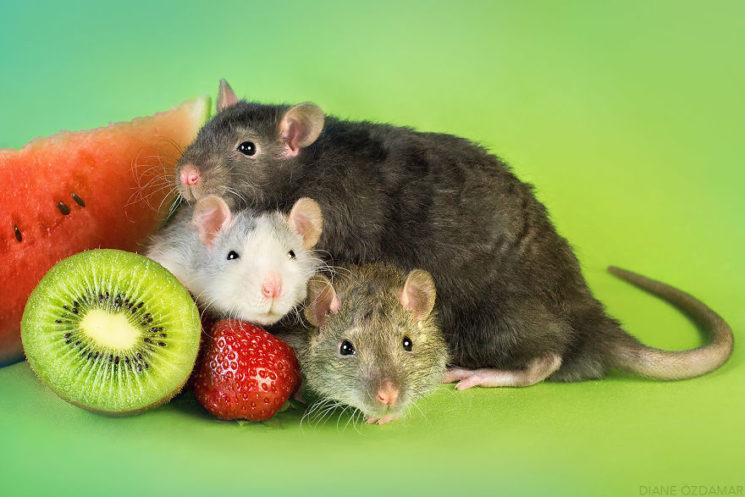 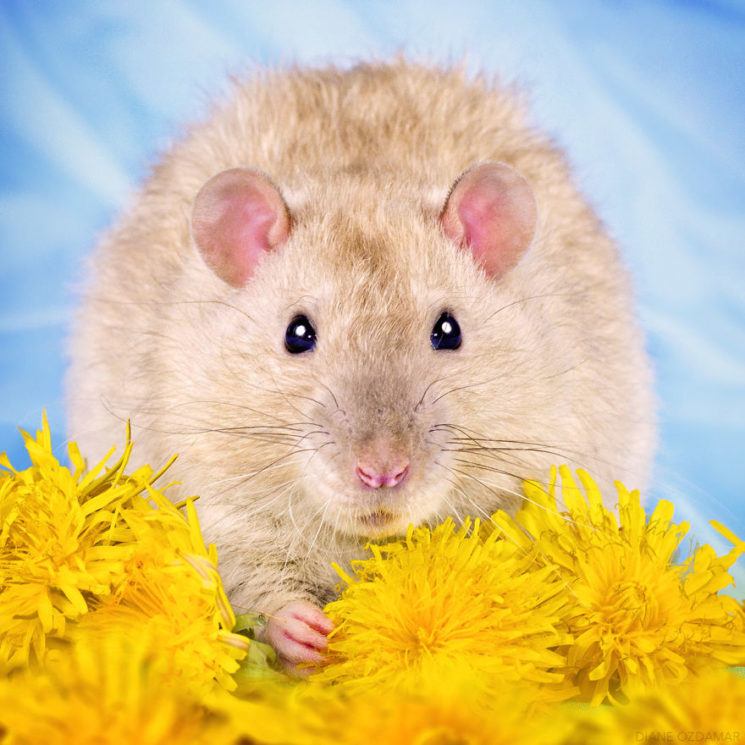 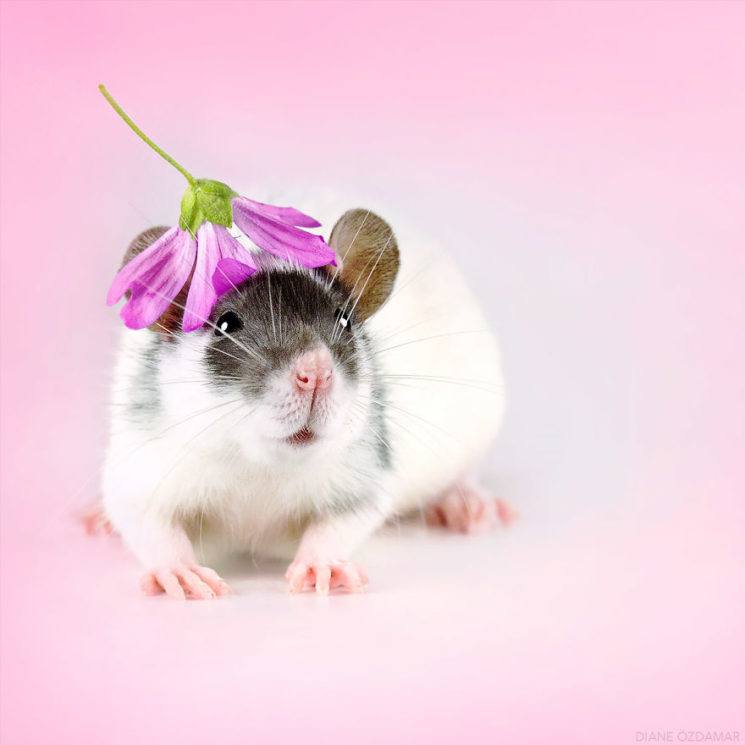 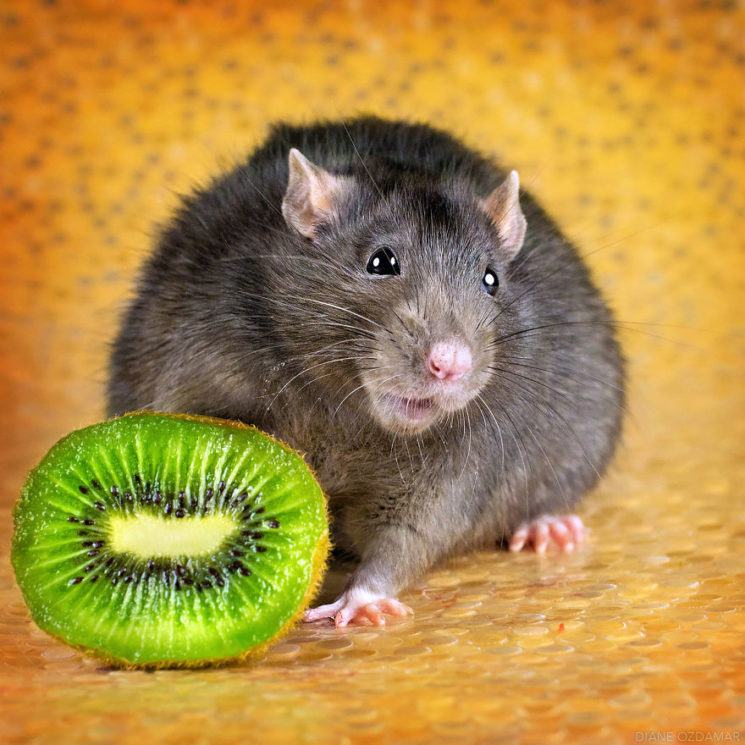 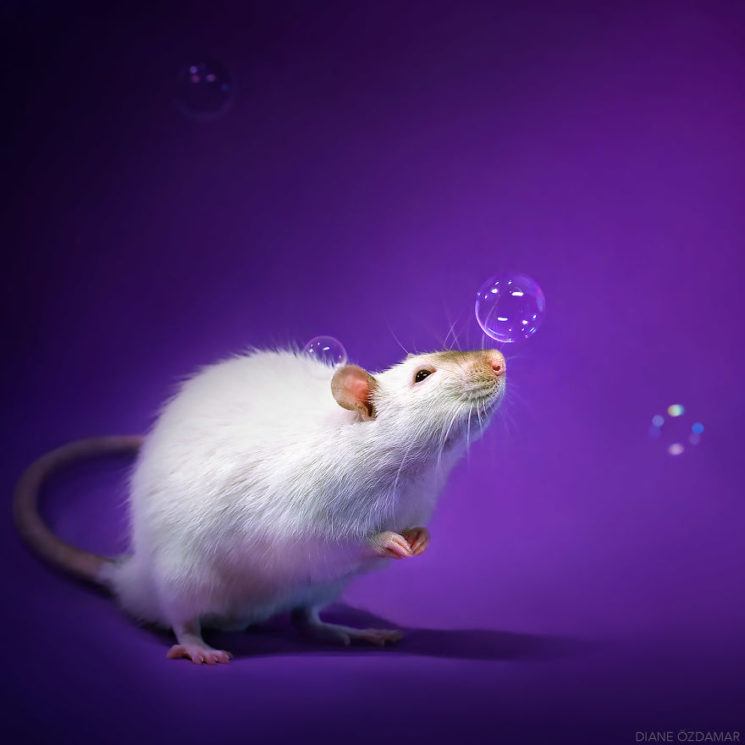 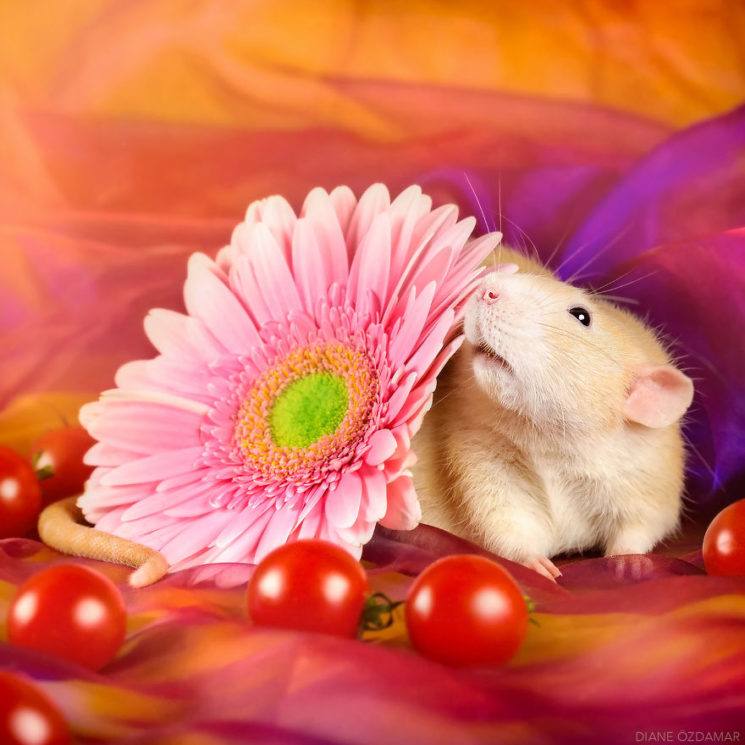 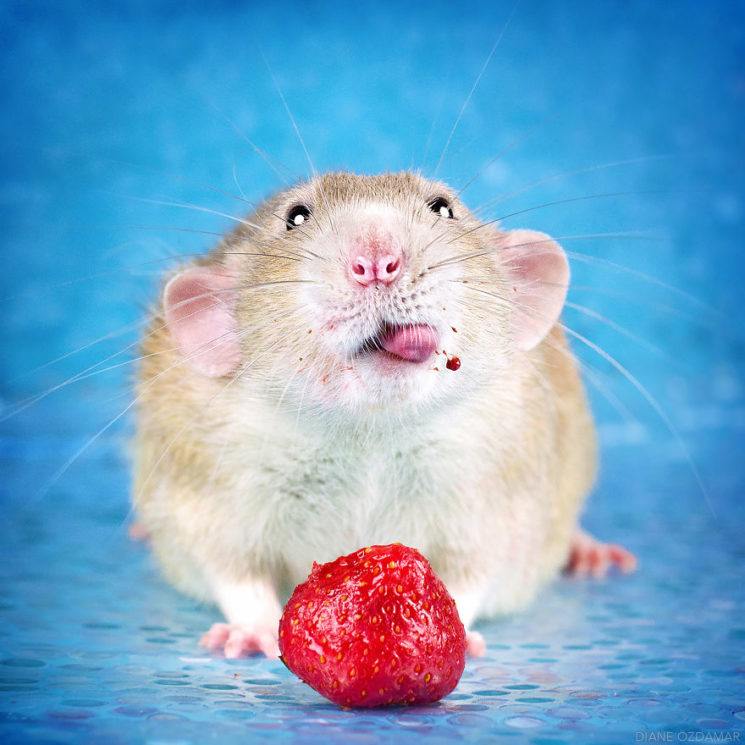 Even though photographing rats was far from being easy, Diane says it helped her develop some ninja reflexes while trying to capture their best expressions. And of course, it brought her many tiny friends from the animal kingdom.

Diane Özdamar is an illustrator, graphic designer, and photographer from France, currently living in Montréal, Canada. She has always loved creating stuff, and her father, who was very supportive, bought her the first camera for her 20th birthday. She’s been into photography ever since, and some of the rat photos were even taken with her beloved first DLSR.